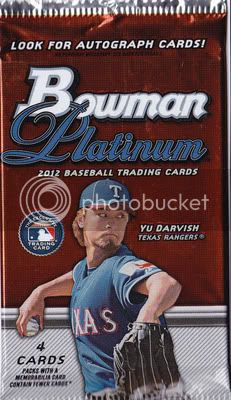 I liked the hobby 2010 Platinum product quite a bit. Those were fun boxes to break. 2011 was okay, but I started getting confused...it became increasingly difficult to tell what was what...refractors, parallels, x-fractors, etc. etc. Everything was too shiny! 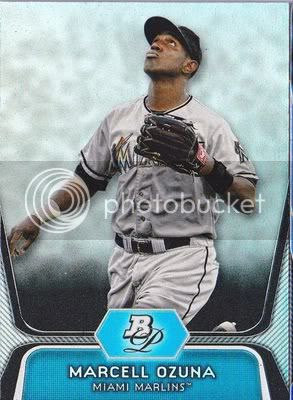 I don't have too much to say about this guy. Apparently he "compares" to Jose Bautista. 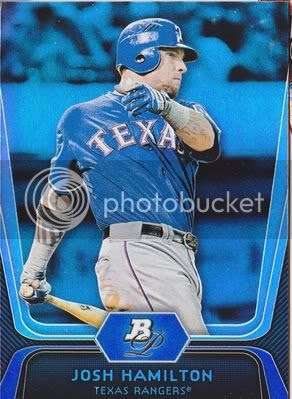 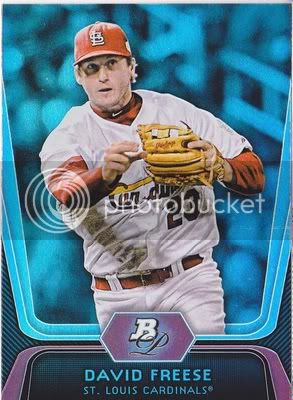 David Freese... apparently this is partially the "all-alcoholism" pack. 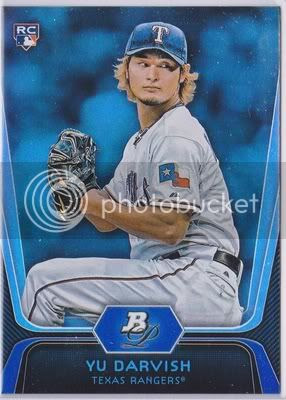