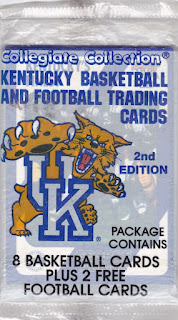 If you've read some of my contributions to this blog over the past couple of years, you'll know that I'm pretty much willing to open just about any kind of pack here. This is one of those "any kind of pack" kind of packs. I'm mostly familiar with the Collegiate Collection cards because they attempted to capitalize on Michael Jordan's popularity at one point (I think I still have one of those North Carolina Jordan cards) but I didn't realize the extent to which they reached out to other schools that were celebrated for their athletic prowess. This would have made the existence of a University of Oregon set pretty hilarious in the late '80s, though these days they'd have a few more names to toss into the pile. 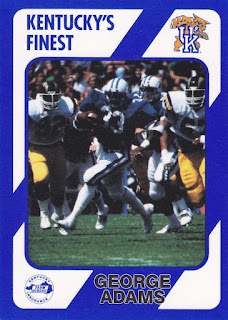 131 - George Adams - He's running away... from something. It looks like Kentucky was playing the San Diego Chargers in this game. Adams averaged just 4.2 yards per carry in his college career, which wouldn't stand out much these days. 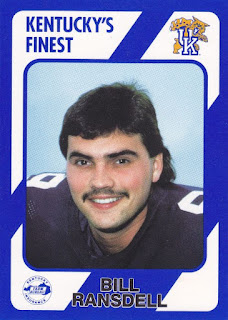 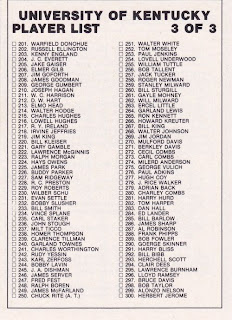 - Player List 3 of 3 - Yes, apparently there are 3 checklists for this set. Huge! 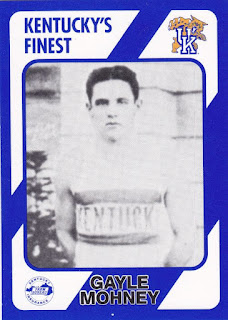 261 - Gayle Mohney - Mohney was a basketball and football player in the '20s, which I suppose explains why he looks like he could be a track and field athlete. 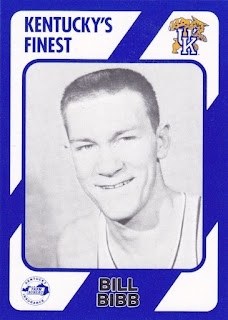 292 - Bill Bibb - Bibb knows where the bodies are stashed. Seriously. 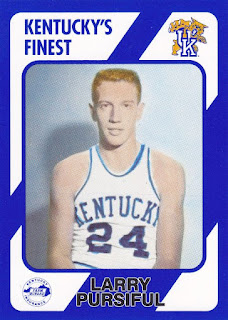 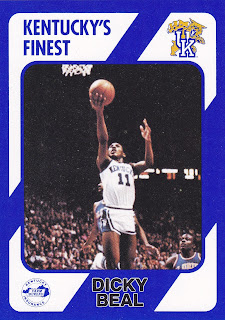 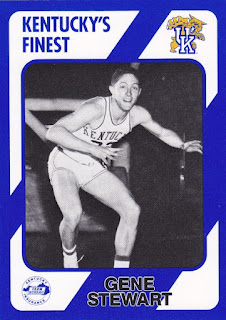 87 - Gene Stewart - Maybe someone from this great state could help me out here. This is a guy who, according to the stats on the back, played 28 games in his career and only made 12 field goals. In his final season, he averaged 0.6 points per game and made one solitary free throw. Did Gene Stewart work for this Collegiate Collection company? 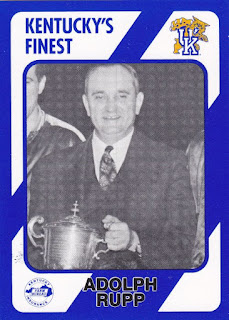 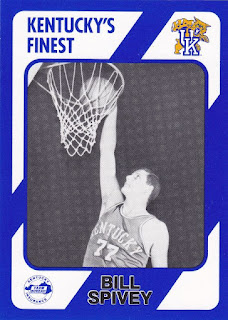 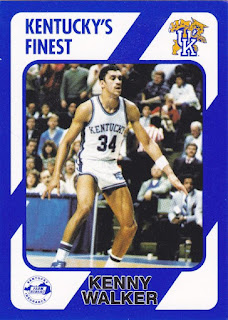 5 - Kenny Walker - "Sky" Walker was pretty awesome, at least in those NBA dunk contests. I'll give him that.

I'm from KY, but I don't follow Wildcats sports at all (even though I attended UK for a year). I've heard of three of those guys, but couldn't really tell you much about any of them.

Can't decide whether to bust these or just sell them at the flea market. Decisions. Decisions.

Spivey doesn't fake the funk on a nasty dunk. I LOL'd at that , also I'd bet dollars to donuts that George Adams card has him playing against Kent State Golden Flashes.