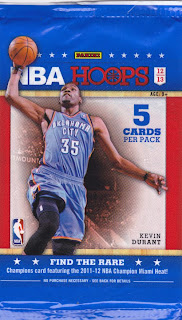 I don't know why, but I'm suddenly inexplicably excited about basketball cards. I saw a bunch of new and repacked product on the shelves at Target the other night, took the plunge, and bought a fresh new pack of NBA Hoops. NBA Hoops? Yeah, the old school collector in me was excited to see this brand name dusted off by Panini recently. It's not the same, of course, but for 99 cents my mission is laid out in front of me. I'm off to "Find The Rare". 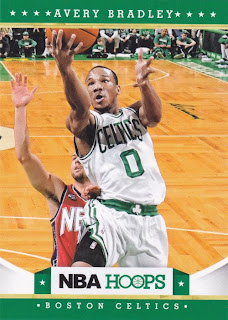 1 - Avery Bradley (The only rare here is that I've never heard of Avery Bradley, and I've heard of a lot of NBA players. This set was advertised as being "massive" at something like 300 cards, which I approve of. I guess this is Panini's version of Score football, based on its price point and relatively simple design.) 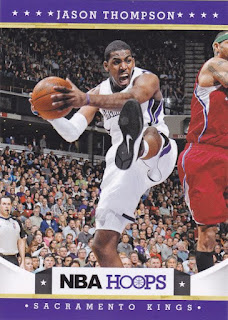 215 - Jason Thompson (Here's a guy I do know, but he hasn't exactly set the world on fire in his first four seasons. He reps the Kings, recently ranked as the second worst franchise in all of professional sports by the so-called Worldwide Leader in things like that.) 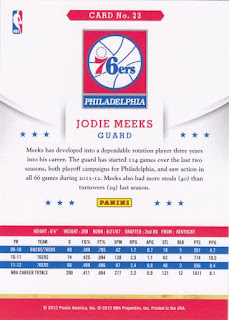 23 - Jodie Meeks (Here's your standard Panini card back. Panini apparently took a page from Donruss baseball in the '80s and applied it to pretty much everything they produce as far the backs go.) 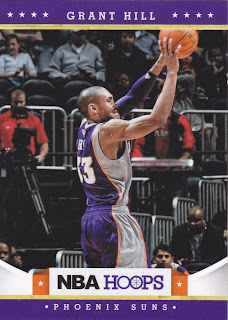 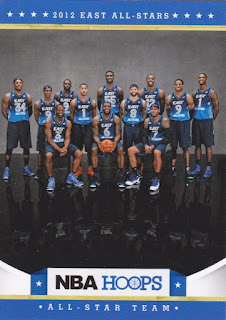 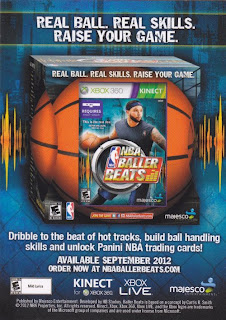 Here's some ad thing to prevent you from seeing what the last card in the pack is. I didn't "raise my game" with this pack exactly, but I did also buy a jumbo pack which I will cover in a future post at Cards on Cards.