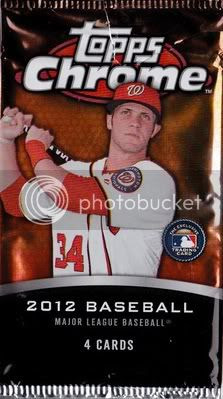 Topps Chrome was the first set I ever tried to collect from packs way back in 2009. I enjoy this set because...well, I'm not exactly sure why...maybe because of the on-card autos and lack of minor leaguers. 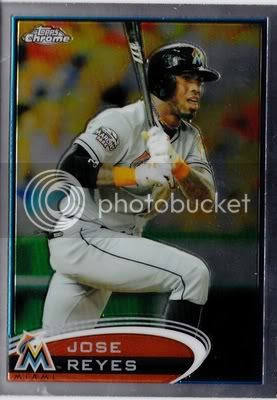 First we have Jose Reyes. I'm not a fan...mainly because he was asked to be taken out of the last game of the season after he won the NL batting crown. Booo. 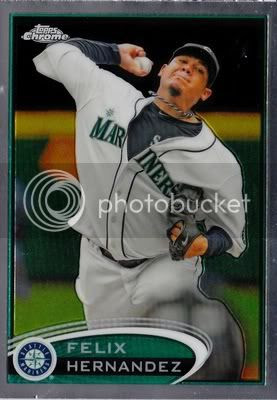 Would love to see King Felix in a Red Sox uniform next year. If I was his agent I would advise against it though. 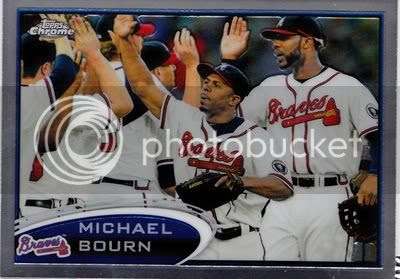 Is it just me, or does Michael Bourn look like Muggsy Bogues in this shot? Either way, I love Michael Bourn, and would also love to see him in a Red Sox uniform. He is the epitome of hustle. 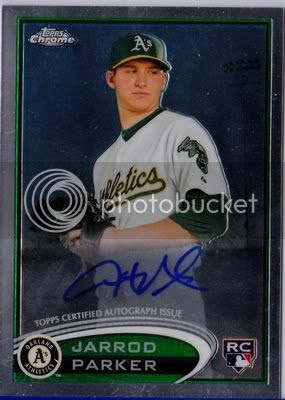 And to end the pack...Jarrod Parker...oh wait, its an auto! Sweet! Jarrod has the potential to make himself famous if the A's make a postseason run this year. And they probably will.

Any auto from retail is a win.