Written by Punchy Sam at 7:47 PM
Okay, so, I ordered a box of Topps Tier One Baseball from Dave and Adam's and I selected some 2010-11 Pinnacle Hockey for my free gift. 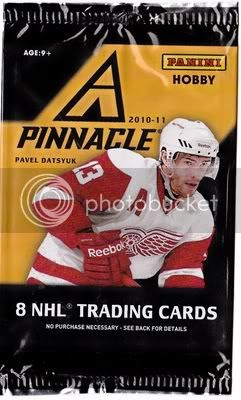 I know almost nothing about hockey.

Here is my attempt to make some sense of a pack of hockey cards... Okay, so this guy's name is Dvorak and he plays on a team I literally had no idea existed, the Florida Panthers. Apparently he's played a long time and had a lot of assists. 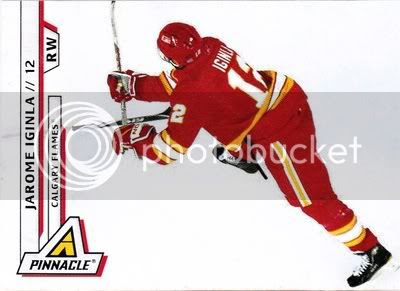 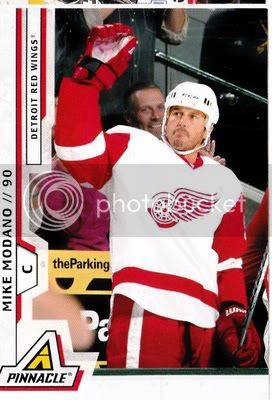 Mike Modano has scored more points than any other American in hockey. I'm guessing that makes him pretty good. 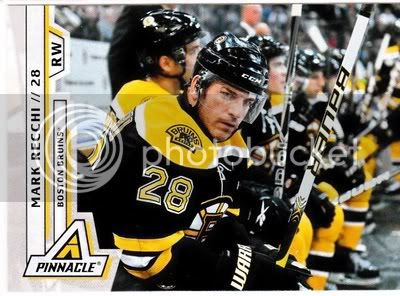 Here's someone I recognize...there is always at least a little Bruins stuff during the Red Sox season. 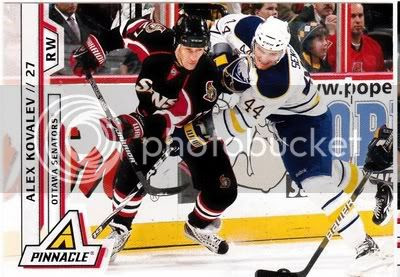 Kovalev was a 3x NHL All-Star. 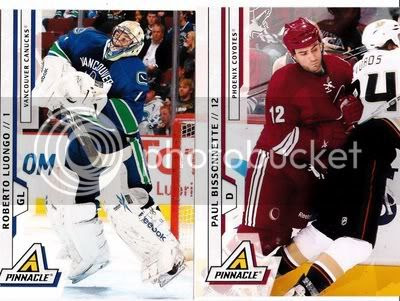 Here are a couple hilarious action shots. The guy on the left looks like he's carrying half of an imaginary couch through a tight doorway. 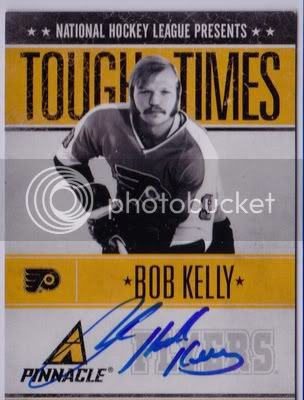 Woah! An auto, and its a retro dude! Kelly is best known for about 10 years as a Philadelphia Flyer.

Now, here's the funny thing. That's my pack, but I got a total of four free packs. I Wasn't expecting anything, let alone an auto, but look what I got in the other packs: 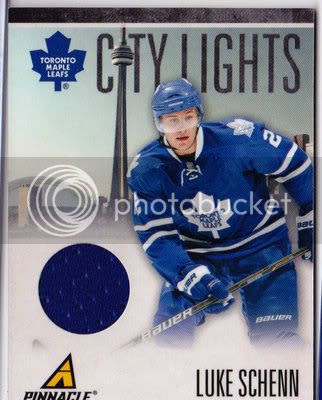 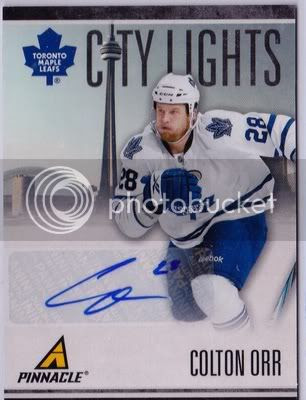 I literally got as many hits in my four free gift packs as I did in the box of Tier One I actually payed for. And the Tier One, let me tell you...it was pretty bad. (I'll probably do a blog post on my other blog, Wax Pack Geek, about it)

Wow, you really lucked out on the freebies.

Oh, and Colton Orr was once a Bruin as well. Pure fighter.

As a hockey enforcer aficionado, that is pretty much an ideal pack with the Kelly and Orr autos; nice hits!