I wouldn't necessarily call myself a sticker nut, but I used to have a Topps sticker album back in the '80s when I was barely old enough to collect. A friend of mine gave me an unused 1990 Panini binder awhile back and some extra stickers and I got down to the sticking business. I acquired a few more doubles from another blogger and then just set it aside until a recent eBay search. I thought about looking for a box, but I instead found someone selling these weird rack packs that I don't remember seeing at all back in the prime of my collecting years. There are six of the regular packets enclosed in the rack pack (36 stickers in all) along with a little foldable stand to display "your favorite player". 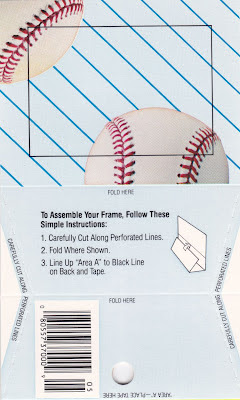 Here's the stand. I purchased five of these, so if anyone is interested in one I have several. 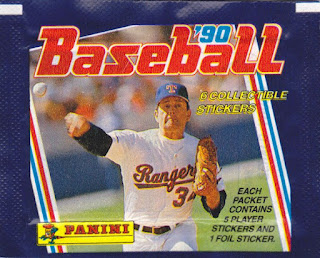 Rather than open all of the packets here, I will just show off one of them at random. Nolan Ryan is on the wrapper as well as the sticker book. You can see some of the album here. 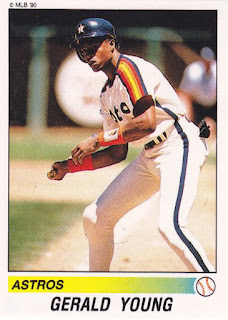 263 - Gerald Young - I fear what they are going to do to the Astros uniforms next year when they join the AL West. Also, that is stupid. Bud Selig level stupid. 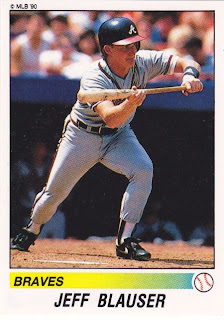 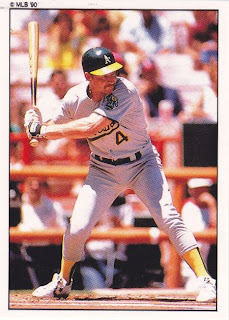 184 - Carney Lansford League Leaders - This goes on one of the pages that shows off some players who led their league in various categories. 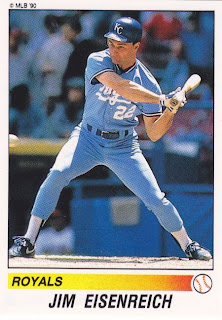 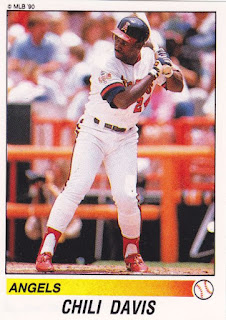 39 - Chili Davis - A three-time All-Star who had a career OPS north of .800, Chili didn't really get the respect he probably deserved back in the day and remains a member of the Hall of Very Good. 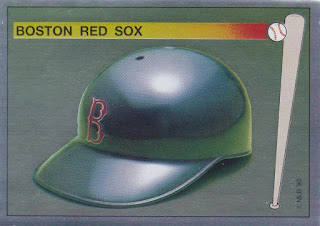 23 - Boston Red Sox Foil Helmet - At least one card per packet seems to be a foil one, though like with most sticker albums there's nothing limited or special about the foil stickers necessarily. Each team has a helmet sticker and a logo sticker, both of the foil variety.

I will have a want list up at my blog later this evening if anyone has any extras for some reason. Once I finish this binder, I will move on to another classic sticker album.