Written by Matt F. at 4:46 PM
I've opened several packs of these Doctor Who Micro-Figures [here and here] put out by Character Building but they've out done themselves with this latest set.  It's all 11 Doctors, no side characters, no villains. All Killer, No Filler! [Well, I mean, there is the 8th Doctor but what can you do?].

I picked up one pack for $4.50 from the local British store here in Lawrence called Brits. 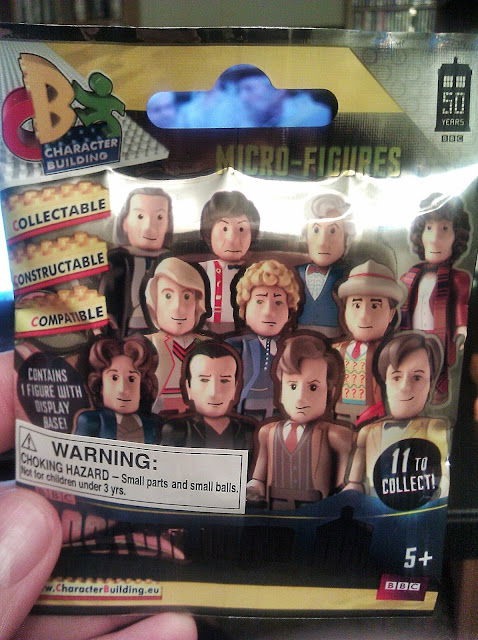 Each pack comes with a handy mini-poster/checklist of each figure. My top priority figures would be the 4th Doctor, 10th Doctor, and the 1st Doctor.  Let's see what I pulled. 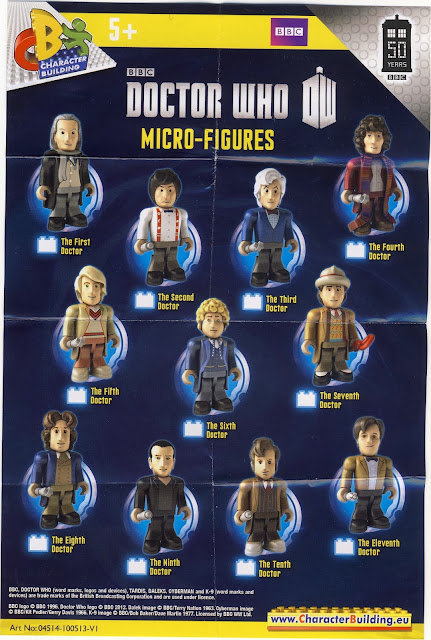 I pulled the 5th Doctor played by Peter Davidson in the early 80's.  Although I don't remember exactly when I first saw the original Doctor Who series, being born in 1979 I believe it was probably the 5th Doctor during reruns on PBS. 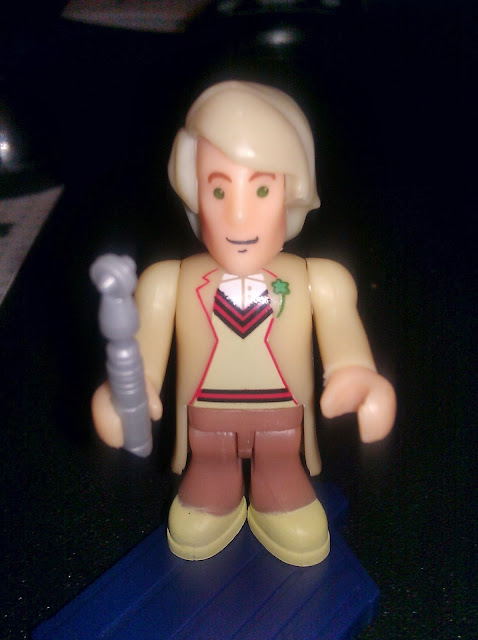 So we can cross off on Doctor from my list and I'll will certainly be back to Brits for another pack soon. 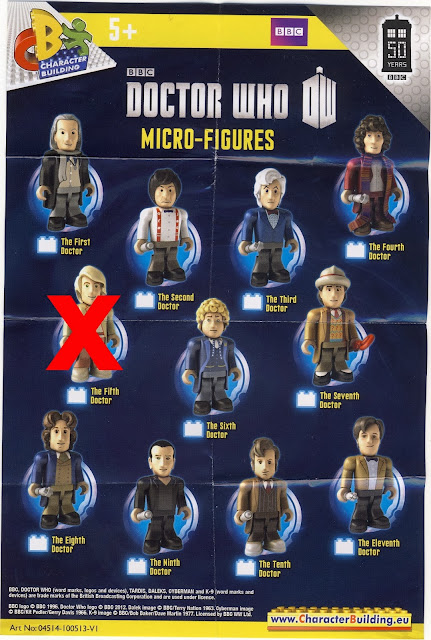 Sweet. I think I first caught the show on some UHF PBS station in Texas and had no idea what it was, but was hooked. Pretty sure it was some Tom Baker story with Daleks.

I wonder if all of the merchandise following the 50th anniversary show will shift the last three Doctors two slots forward.

Great post. I just saw these the other day too. But I can't find them anywhere locally. They also put out a 50th Anniversary 11 doctor box set, just like the old one, but I do believe that between the original box set, the new anniv. box set and the blind packs all the figures are different. Plus there are 5 super rare figures possible in the blind packs as well. And I got hooked on Dr. Who watching Tom Baker as the 4th.

What's up with the non-colorful 6th Doctor outfit?