Written by Rebel Coyote at 6:28 PM 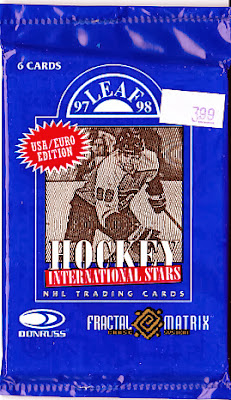 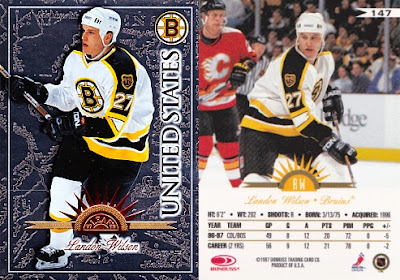 147 - Landon Wilson - front of card feature silver foil with Leaf logo and player name on center bottom of the card, name of the country on the side and team logo on upper right corner. Back of the card has action shot of the player a position he played in the middle and one line stats of the year before and his career.

For Landon Wilson spent his career between major clubs and minors along with playing in Finland and Switzerland. Last played in 2009-10 season. 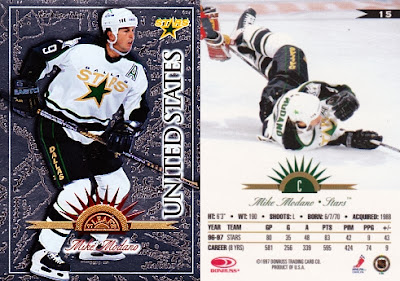 15 - Mike Modano - one best American-born players to play in the league. Currently holds record for most goals and points scored from US-born player along multiple awards and Stanley Cup title. Good shot of Modano getting tripped on the ice. 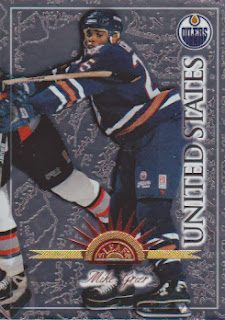 81 - Mike Grier - raised in family of athletes he chose hockey. Despite picked 219th overall by Blues he made it playing for four teams in 14 seasons of the league last playing in 2010-11. 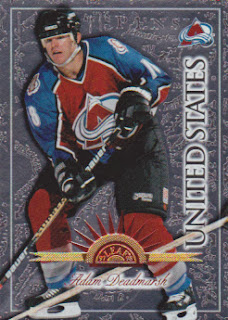 57 - Adam Deadmarsh - US nationality despite being born in Canada played for Team USA in World Cup of Hockey and the Olympics. Part of Avalanche team who won Stanley Cup in 1996 and had his name misspelled. Two concussions ended his career. 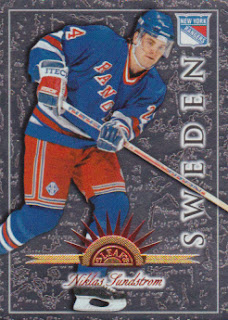 36 - Niklas Sundstorm - played his first 4 seasons with MODO (Swedish League) before spending 11 seasons in the NHL. He returned back to Sweden playing 7 more seasons with MODO again before retiring earlier this month. 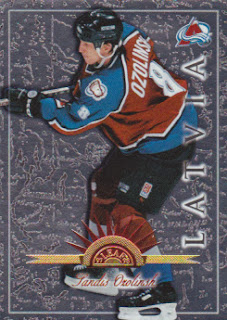 118 - Sandis Ozolinsh - holds all-time NHL records of goals, assists, and points of a player from Latvia. Two-way player who can play defense and offense made All-Star team 7 times along a Stanley Cup title with Avalanche in 15 seasons with the league. Still playing to this day in KHL (Russian League)