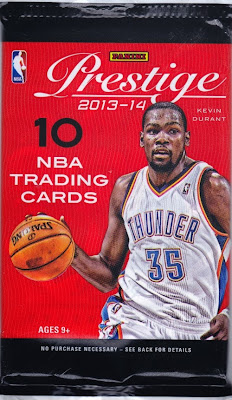 Christmas is a-comin', and with that comes one of the league's biggest showcases as we'll once again see five consecutive games on national TV on Christmas Day. I've finally been able to find some new NBA cards at the retail level, and here is Panini's latest Prestige offering. 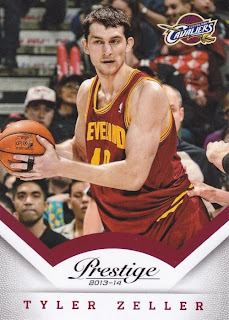 44 - Tyler Zeller - The older of the Zeller brothers. 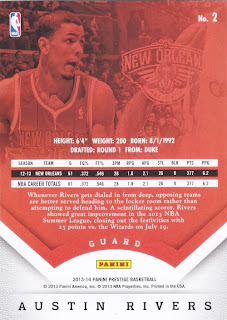 2 - Austin Rivers - Doc Rivers' son. This is one of the less inspiring back designs that Panini has put together in my opinion. 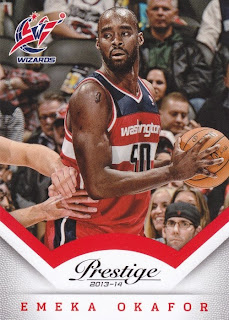 60 - Emeka Okafor - I've said this before, but I really like the Wizards uniforms these days. If I had to rank my favorite NBA teams in order, Washington would be high on my list these days, which is something I never thought possible. 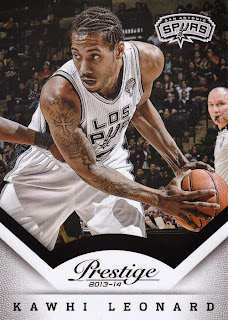 84 - Kawhi Leonard - I'm really not a fan of the Los Team and El Team thing that the NBA does on occasion. I get why they are doing it, and I think that's great, but those jerseys make a mockery of the whole thing. 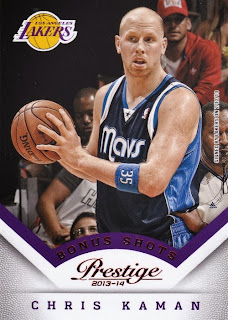 79 - Chris Kaman Bonus Shots Red - Speaking of mockeries, this former All-Star has fallen to the deep depths of the Lakers bench. His career could use a good jumpstart, but I'm not sure the running Kobe-less Lakers are the best place for that to happen. This is a "Bonus Shots" parallel, and typically Red has been a retail only color for Panini. 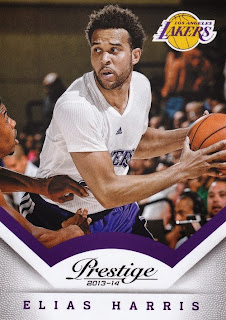 194 - Elias Harris - Harris is an undrafted free agent who was cut after playing just two games. For some reason there's no "Rookie Card" designation on the front. 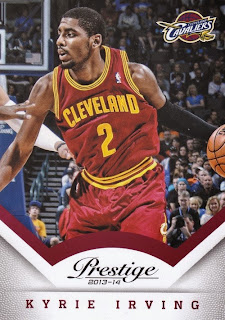 152 - Kyrie Irving - Irving is one of the best young guards in the game right now. He went face to face with Damian Lillard recently, and let's just say that it was a thing to behold. 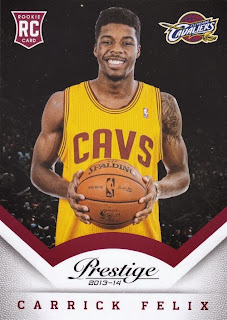 176 - Carrick Felix - Felix is a second round pick out of Arizone State who hasn't gotten much in the way of playing time yet. He has the hair, though. 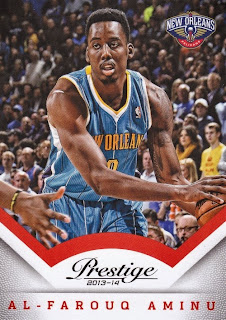 133 - Al-Farouq Aminu - Here you can see the new Pelicans logo, but we'll have to wait a bit longer to see their new uniforms on a card. 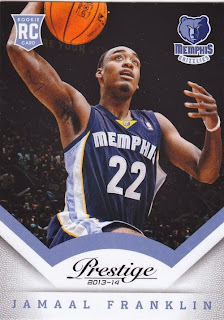 190 - Jamaal Franklin - Another rookie to close out the pack.