Written by Jafronius at 11:53 PM
Greetings!

Hope everyone's ready for the last weekend before Christmas.  This time of year always seems to zoom by.  Anyway, it's time for another pack from the scan folder.  At the time it was scanned, cards from the set were not up here on APTBNL, but there has since been 2 posts.  I guess I'm the opposite of the busy Christmas season.  It's a pack of 2013-14 NBA Hoops! 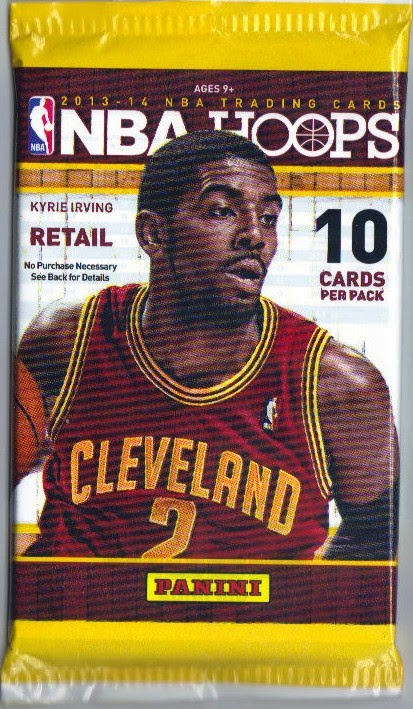 The pack was picked up at Target.  10 cards, possible insert, cut-off borders (thanks, scanner!).  Let's see what I got:

Paul George is the player who suffered a horrific leg injury over the summer during an exhibition scrimmage.  When I first heard that an NBA star broke his leg, I automatically assumed it was Derrick Rose.  George wants to try to come back this season.  Probably won't happen, but he gets bonus points for trying. 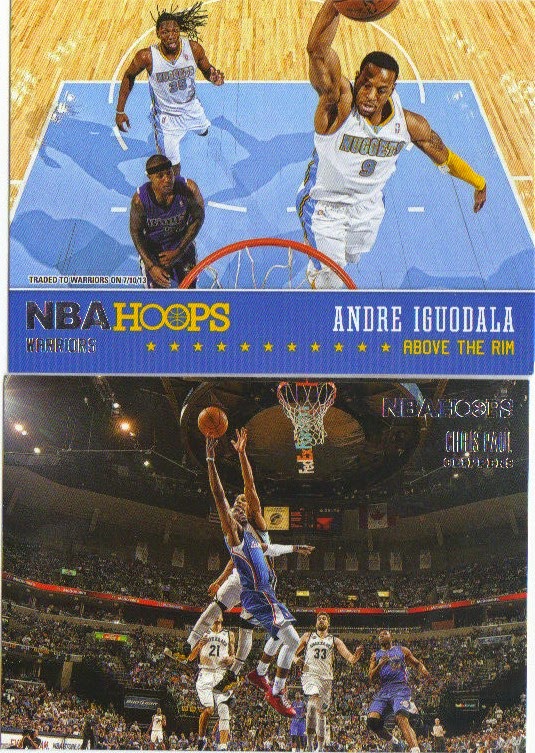 
Two nice looking inserts.  Too bad I couldn't tell you the odds of getting one. 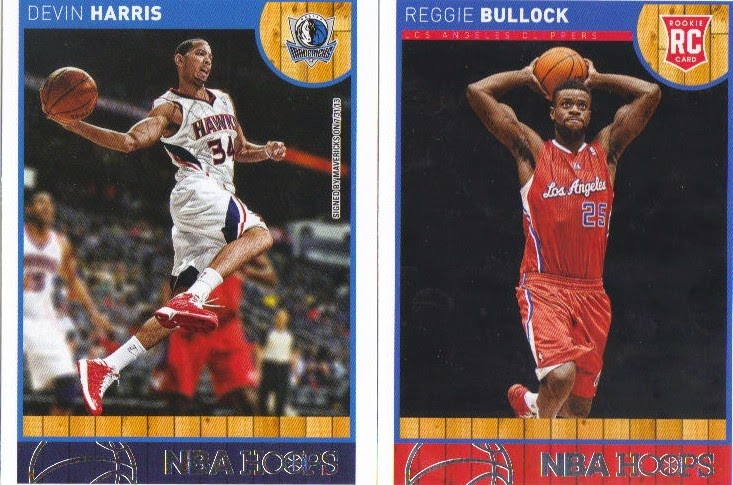 
I wonder if Panini just had all the rookies line up on front of a black curtain and then had them drive in for a slam one at a time.

Jameer was on the Mavericks at the start of the year, but was traded to Boston for Rajon Rondo this past week.  Mark Cuban apparently finalized the deal while serenading Stephen Colbert. 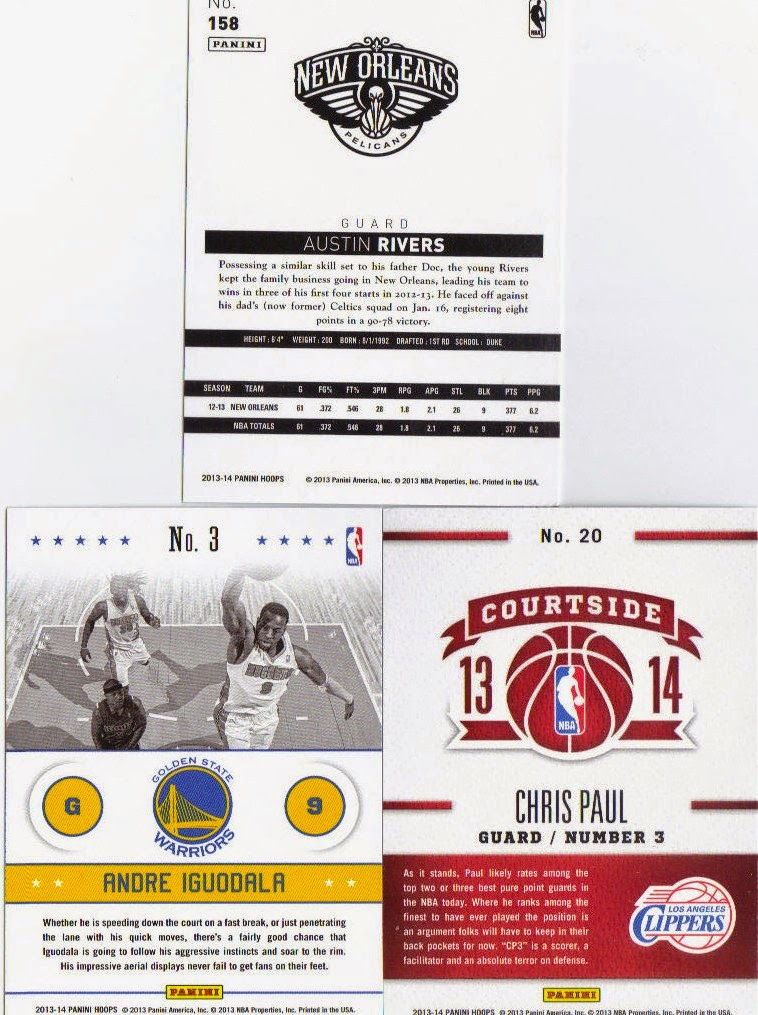 Anyway, that's the pack.  More later.  Have a great weekend, and thanks for reading!