Written by JediJeff at 12:36 PM
I couple years back, seasons 3 & 4 cards were posted on this site. I've had this pack scanned a good year I would say, and the randomizer finally decided it was time to clear out the folder. 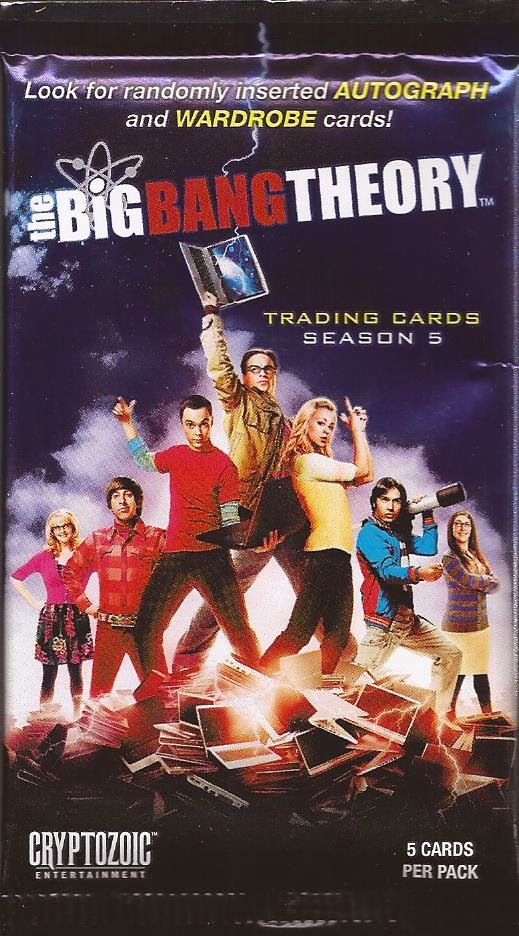 The pack changed from season 3/4 to 5's card release to a darker color and a mocking look of a movie poster. I'll get this out up front: I am NOT a fan of the show at all. I guess I am the minority, as this show does well in the ratings week to week. Then again, so does American Idol, Survivor and Faux News, so take those high ratings with a grain of salt. Also realize what I like. I may just be an idiot. Anyway, back to the cards. Five total card in the pack, and since the fronts and backs are different, you get scans of both sides. 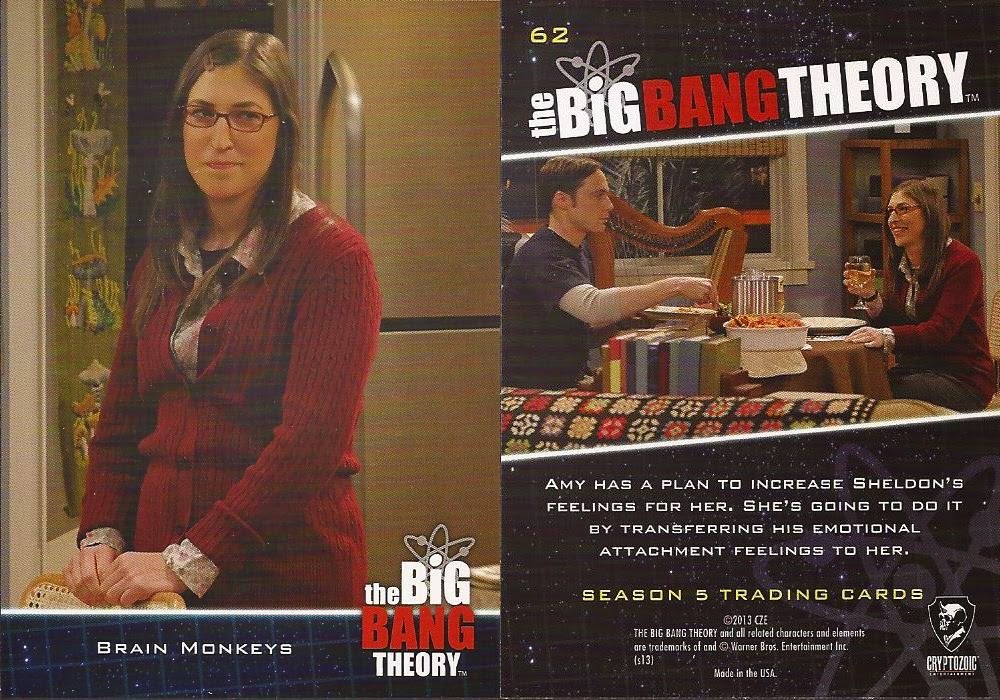 I am not sure if the word mark on the front is the name of the episode or just some phrase. A quick Wikipedia search seems to just make it a random statement from the card manufacturer. Design, like the pack, is darker in color than season 3/4 release. The layout, though, is basically the same. Image on the front, different image on the back (see Topps/Panini/Upper Deck - YOU CAN DO IT!). The only difference from the previous release rear-wise is the back image on a slant. I don't have a protractor to calculate the angle. However, in an imperfect calculation, It's about 5.2 degrees tilt. 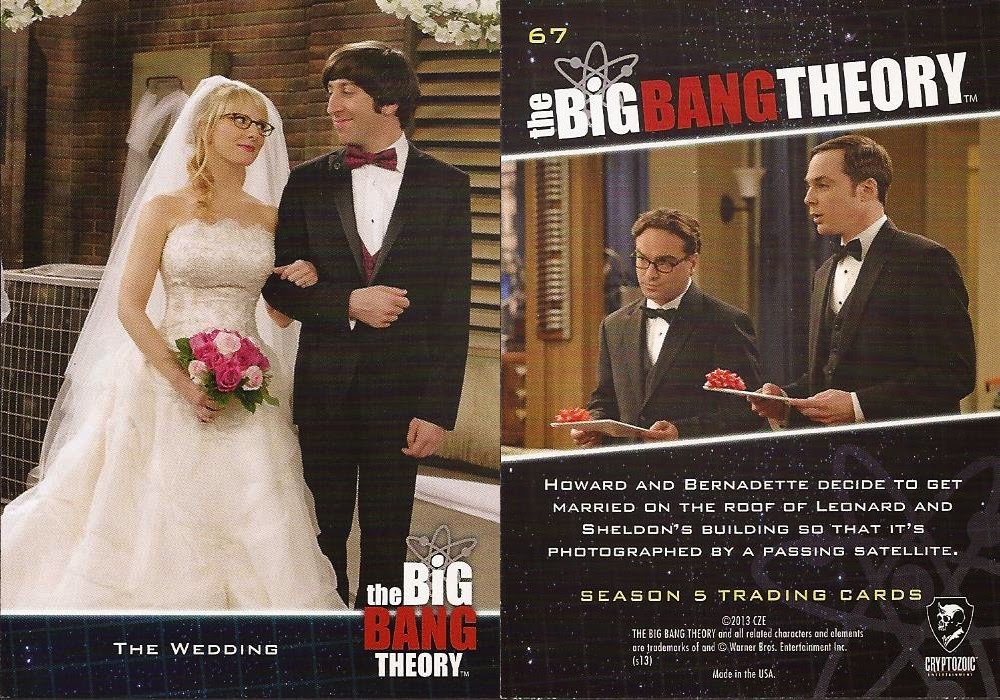 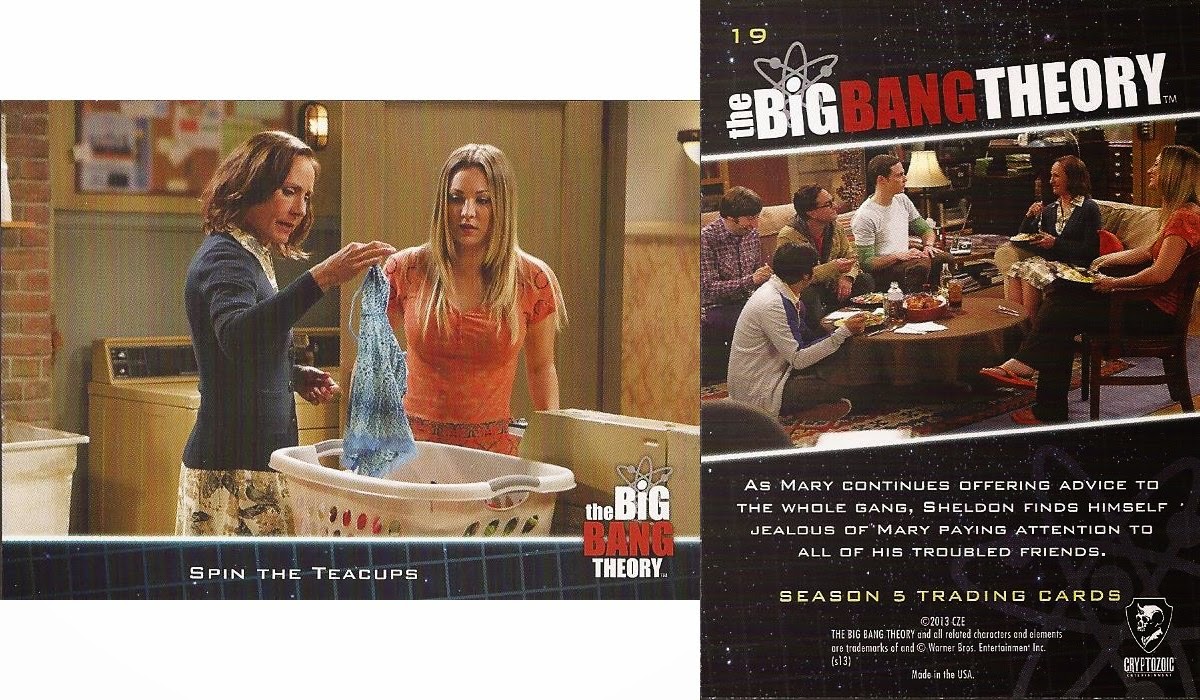 Any horizontal cards have the back matching to rest of the set, as can be expected. Also, Kaley Cuoco. 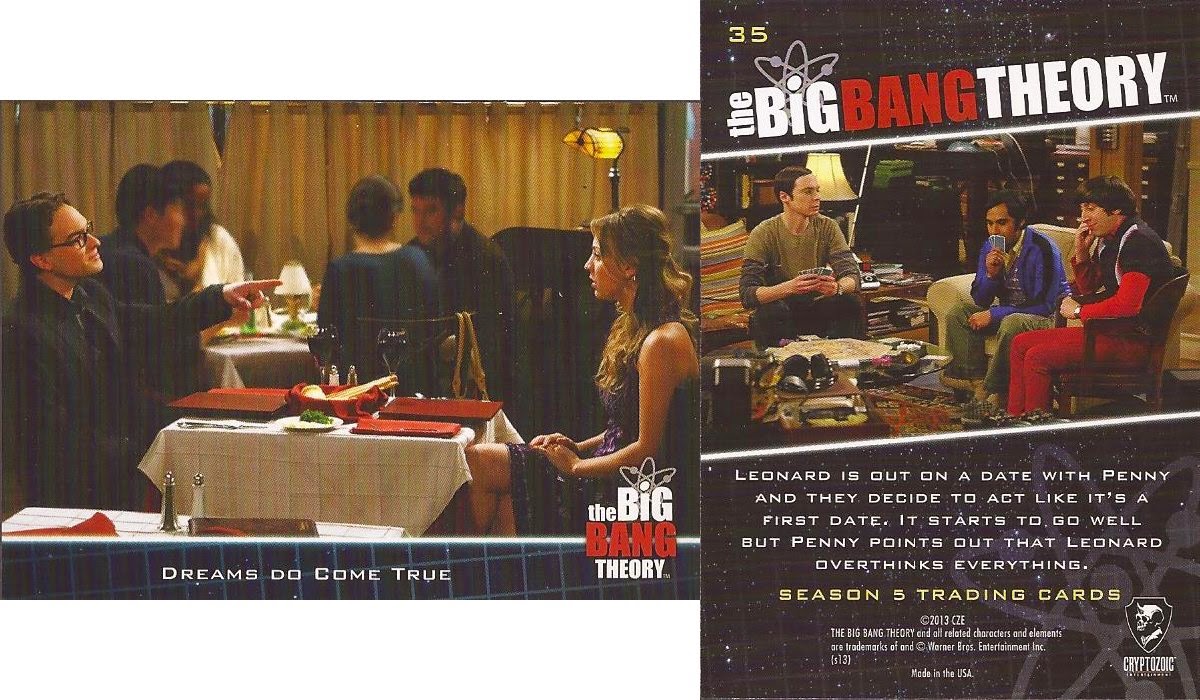 I'm guessing card 4 would have been an insert, had I pulled one. Seems to be the standard placement in packs I rip. But I got all base. Also, Kaley Cuoco. 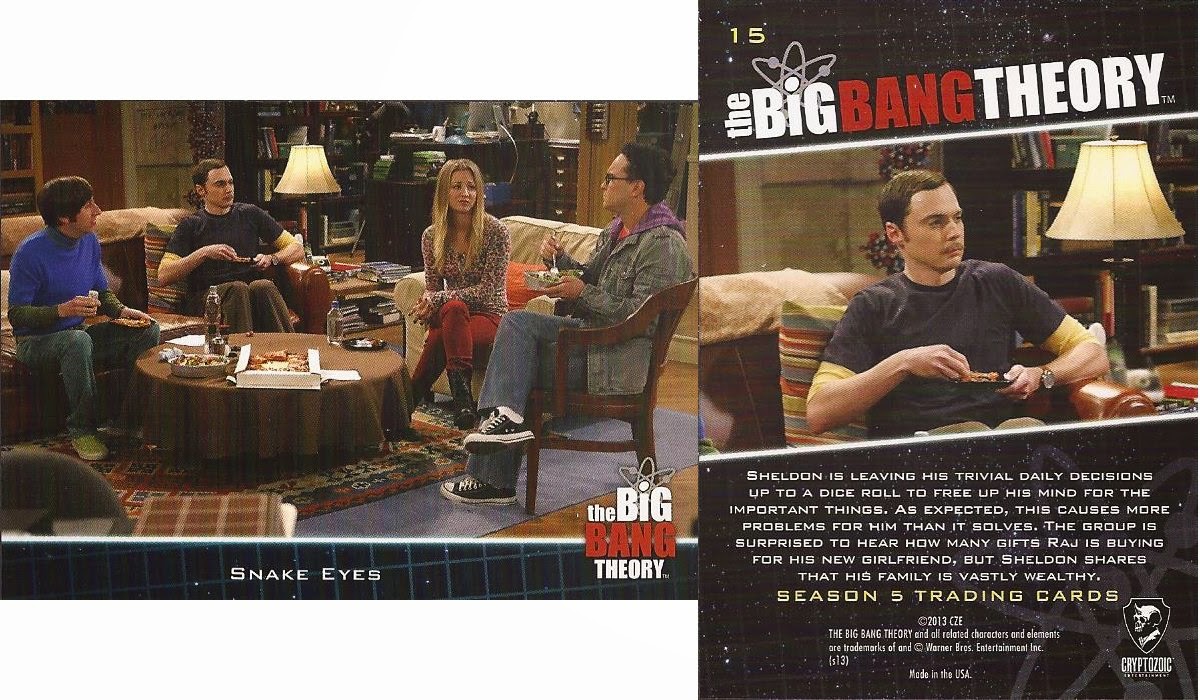 Final card. I didn't mention that the back appears to be a quick write up about the episode. Maybe?? I don't know. Could just be talking about the scene on the front. Again, not a show I watch and really care about. Also, Kaley Cuoco.

I've never been a fan of non-sports cards that just tell you what is happening in a shot from a TV show or movie. If I watch the show, I probably already know, and if I don't watch the show I don't really care. This is especially bad for cards about a sitcom. The show is supposed to be funny. There is nothing amusing about a bland scene synopsis.

Cards with bios of the actors, conceptual art or behind the scenes stuff are fine as they are actually informative and potentially interesting. Endless shots of people sitting around coupled with blurbs about stuff happening are dull.