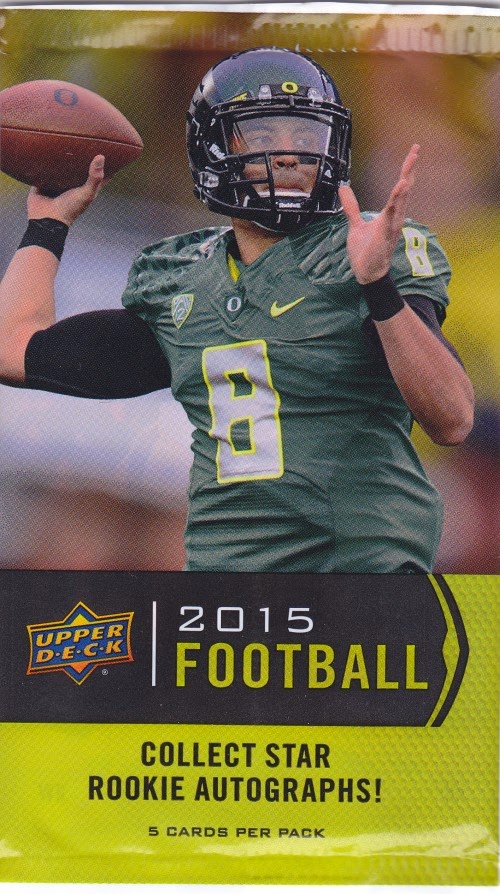 With the NFL Draft looming tomorrow, I thought it'd be appropriate to get this pack up on the blog. I was lured in to buying this by seeing the star Ducks quarterback on the wrapper. I'll just try to forget about that National Championship game. After months of speculation, it's nearly time to find out where Marcus Mariota is heading. Dennis over at Too Many Verlanders has a bulkier review of this product if you're looking for more. 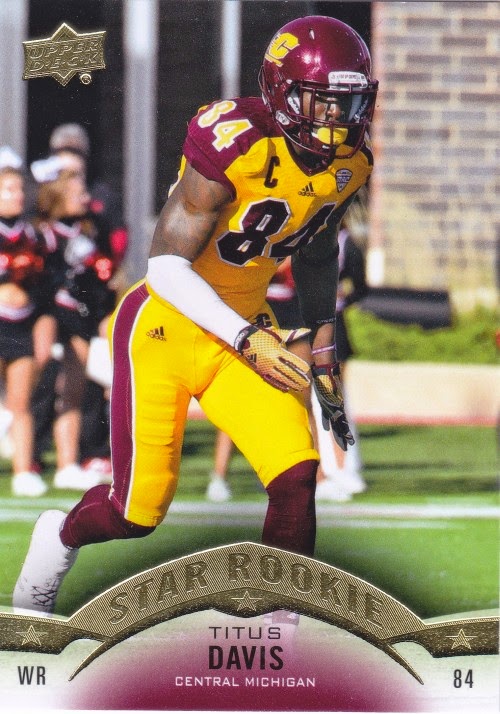 140 - Titus Davis - I don't know this guy. (This is going to be a theme for this pack.) SB Nation's Mock Draft doesn't have him going in the first around and NFL.com has him projected as a 5th round pick. 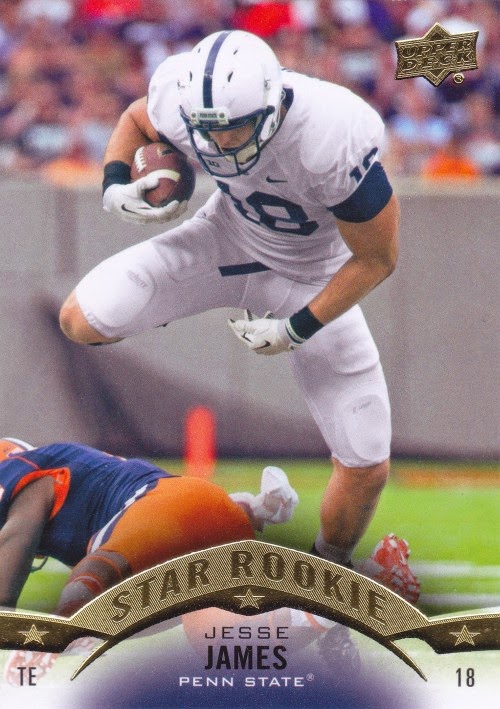 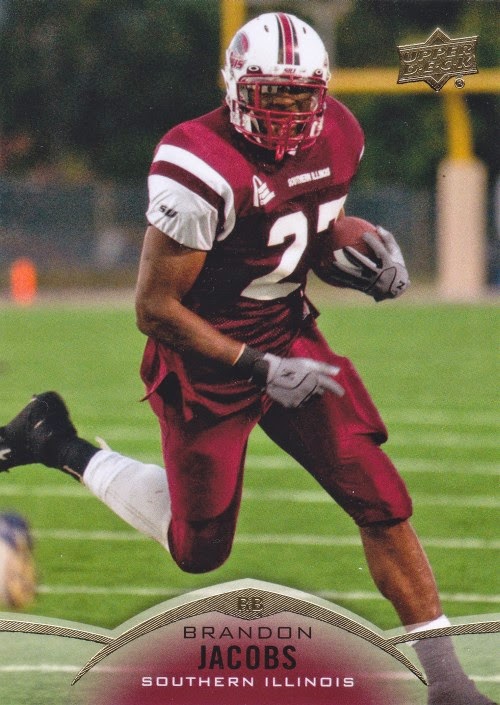 27 - Brandon Jacobs - Not to be confused with the former Giants running back and 2-time Super Bowl champ, this Brandon Jacobs plays the same position and apparently doesn't appear on NFL.com at all. Probably not a good sign, new Brandon Jacobs! 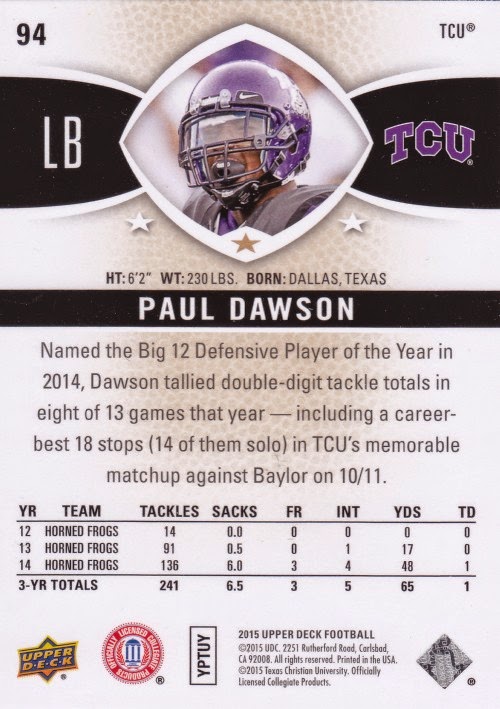 94 - Paul Dawson - Here's what the back of the card looks like. This Horned Frog is projected to be a second rounder. If he's taken any lower than that, NFL.com owes us all a Slurpee. 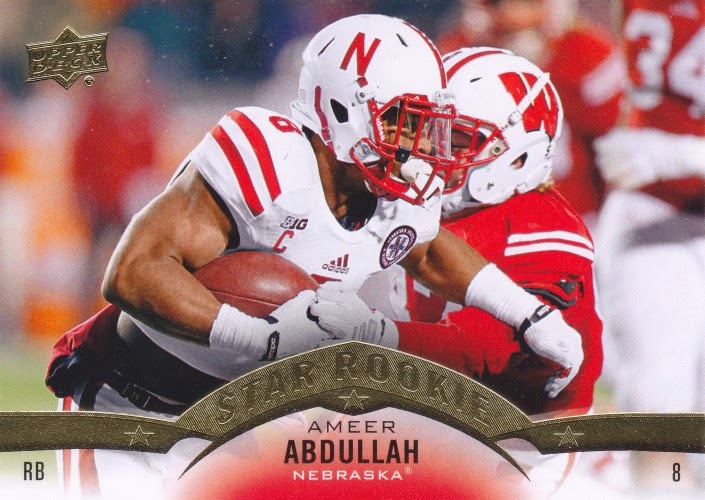 47 - Ameer Abdullah - Okay, fine, I've heard of this guy. Abdullah is not a huge back, but is expected to be a 2nd round pick as well.