Written by JediJeff at 1:33 PM
Back to random.org and back to the scan folder, we get a pack of O-Pee-Chee Platinum. Hobby pack of what is basically the Topps Chrome of hockey. Take the 14-15 release of O-Pee-Chee base, run it through a chrome machine and out pops Platinum. Just like Topps Chrome, Platinum is smaller sized set than the base, only 200 cards. Four cards per pack, just like Chrome! 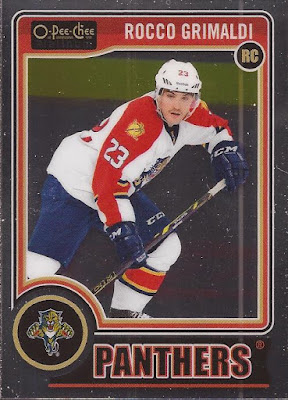 I'm not the biggest fan of OPC hockey. You would think I'd be a fan of the old chipboard stock, but it's never been a set I can get into. I like Platinum, though. And that from a guy that is not a fan of Chrome. I'm an enigma. As you can see, it is exactly the same design as the regular OPC release, just all shiny. And that line on the right is from my scanner. I need to figure out what it wrong with the thing. Anyone care to guess what this card is? 10 points for those that picked refractor, but 25 points to those that picked the proper name - rainbow foil. They fall in every three packs. And you have trax (xfractors), white ice, red prism, blue cubes, seismic gold, black ice and golden treasure. Anyone else got a taste for Lucky Charms now? Also, you have photo variations, plus full swaps of variations that have a different player altogether. 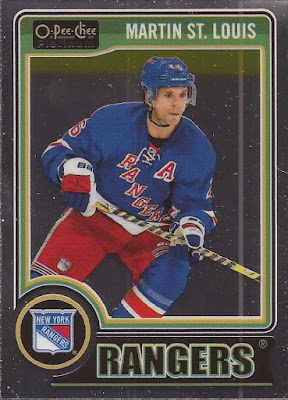 I really need to fix my scanner. 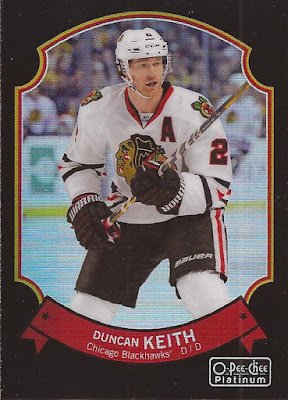 Boom. What falls in every four packs is an OPC retro. This sweet retro of two time Norris trophy, and 3 time Cup champ Keith is actually a black border, which is serialed to 100. Double boom!

All in all, this is a set I may look into a box or two around the Black Friday sales coming in a month. Good, fun rip with an on card auto per box, plus a fair amount of inserts. Set building could be a chore, though.