Written by JediJeff at 4:30 PM
Let me keep on my roll and get another pack posted here. Today, we are going to be blessed with last year's UD release of Artifacts. Artifacts is a bit like Bowman - the design doesn't change too much. It's a smaller set, more of a hit orientated release with 4 hits per box. A box with just 40 cards in it. I have never competed a set, but I usually grab a box a year of the product. 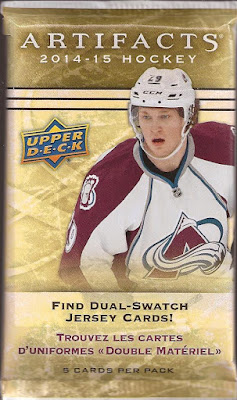 This is a retail pack. I forgot to scan anything from the box I ripped. I think I ripped a box. Anyway, you can at least see the style of the card as you will not be seeing a hit. 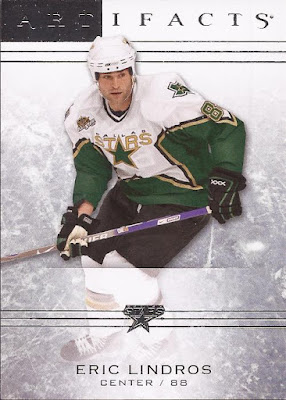 This design is more subdued than past years. Simple focus on the player shown. UD is trying to stress these are art cards with the word ART all in foil (I think). Don't like that at all. There is too much foil in fact, with the release name, the logos, the players name and those lines all in silver. And man, those were ugly Stars sweaters. 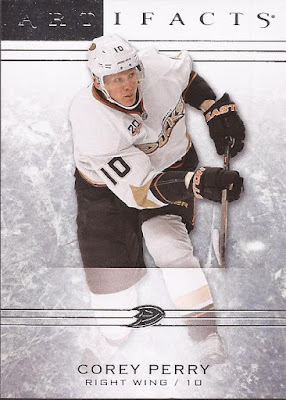 Artifacts always has a mix of the old players with the new. Think A&G without the oddball subjects. It's a shame they wipe out the background. I see why, but UD has such great images because everything works together - foreground and background. Steve Y. One of two Red Wings I can respect. The rest can go to hell. 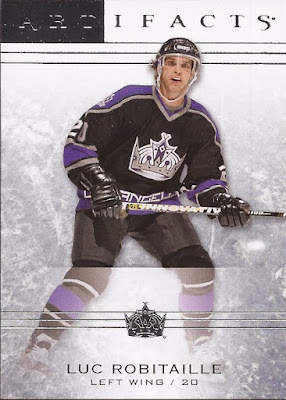 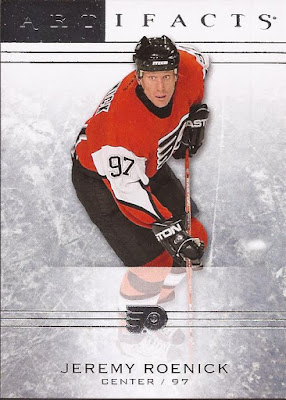 UD loves showing JR as either a Flyer or a Yote. I never seem to find him shown in a Hawks sweater. 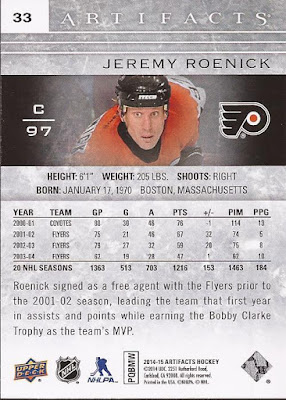 Recycled image, 4 years of stats and a write up. Overall, a decent release from Upper Deck. This year's release will have two less pack per box and one less hit. At least the price is dropping a bit, too.