Written by JediJeff at 5:05 PM
I am on a mission - scan folder clear out. So you will be seeing me every other day for a while. I WILL GET THIS SUCKER CLEANED!

Here I am again. Random has picked three high numbers in a row, so for today's scheduled post is a pack of SPx. 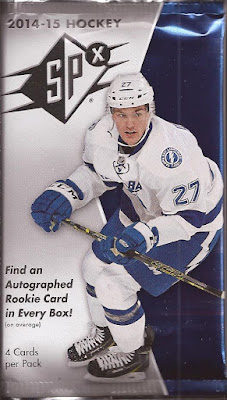 Somewhat hit heavy as a release, SPx is a companion to SP Authentic. Base set is a small 100 cards, but building the base is usually not the goal of this purchase. Rookies, relics, autos and inserts galore are available. 4 cards in a pack. BTW, Jonathan Drouin on the cover. Always nice to see talented youth being the poster child that is NOT wearing a Oilers sweater. 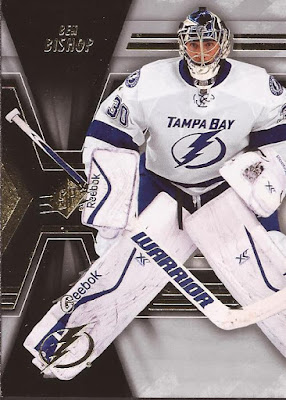 WOW! There is a lot going on with the design, and much of it is not very good. Too much foil, with the name, the logo, some diamond thing off to the left, team logo at the lower left and the design lines. I think that diamond on the left side is to balance the look with the player off center. I just know I don't like it. Nice clear image, though. But you lose out on the great Upper Deck photography with this set. 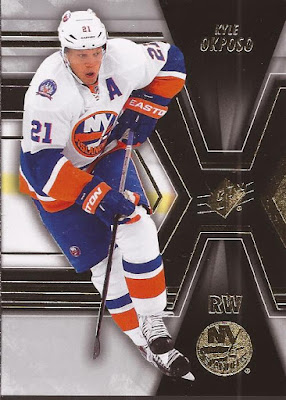 The foil, btw, is gold and not silver. Not sure how well that showed up on the first scan, but you can see it better here. You can also see the position is printed just above the team logo. Upper Deck will make sure the Great One makes it into EVERY set they produce. Thank goodness he is here as an Oiler. Nothing against his time with the Kings, Blues and Rangers. It's just that Wayne is always an Oiler in my head. 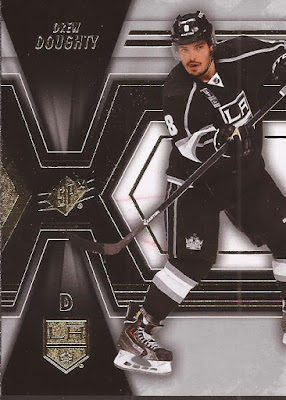 I remember the 2014 playoffs and all the talk about the greatness of Drew Doughty. And now? Well, I think he played well above what was expected that year, and the past season was pretty average and this year he has been almost non existent. But he is young and does have the skills. He'll probably dial it back up a bit. 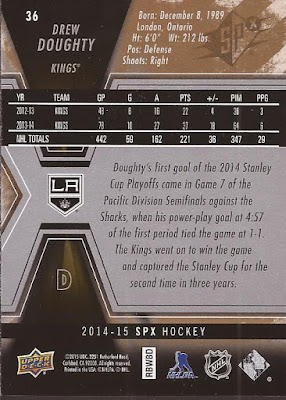 Here's the back, which mirrors the style of the front. Two years of stats and a total is the standard for anyone with over 3 years of service in the league. Nice write up below the stats. The back is clear and easy to read. One plus I love about Upper Deck: you know EXACTLY the set the card in from as it is stated at the bottom. I do like that. 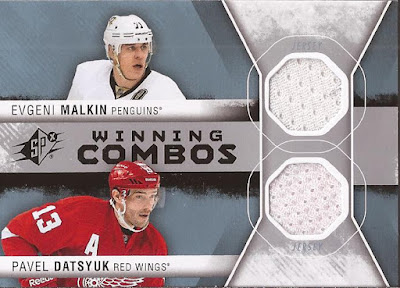 I don't remember, but I think all the packs felt about the same, so I'm thinking that packs with a hit get a bonus card instead of the dummy. Not too shabby a pull and a nice combo of two stars in the league. All I know is Datsyuk is a thorn in the Hawks side.