Written by JediJeff at 1:01 PM
Evolution is back for the Star Wars universe for the 3rd time. It's been away a while, but comes back with a small 100 card base set, some inserts and a couple hits per box. I picked up a box and was able to build the entire base set from the hobby box. 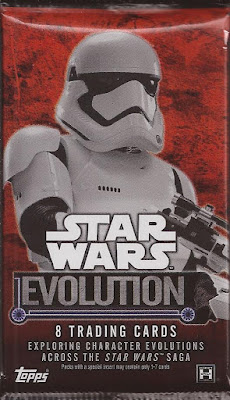 You should get two hits per box, one usually being the good old manu-patch. Topps - just drop them. Or stop calling them "hits". Usually, they stink. Eight cards in a pack. Here is the best pack of the box for me. 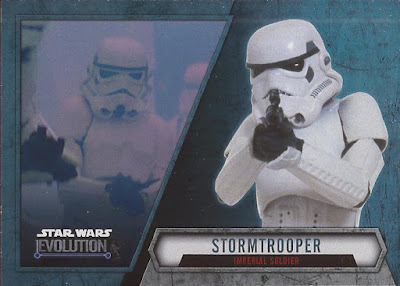 The premise of the set is how the characters evolved from the prequel trilogy through Episode 7. So if you look at the checklist. you find the there are under 30 characters represented. The cards show the transition of the character through the movies and TV shows (Clone Wars and SW: Rebels are represented as they are canon). Foil board card with the two images. If you would like to get an idea how Evolution works, here is the card that follows the stormtrooper - First Order stormtrooper. Continuing... 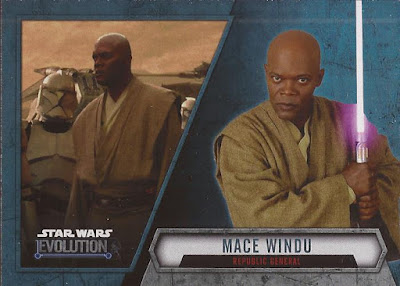 Mace, from AOTC. Samuel L Jackson says Mace is still alive. Not sure about that. 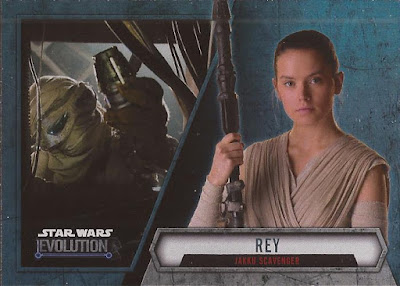 Rey doesn't really have much evolution as she has appeared in just a movie, but this is the earlier of the two cards. 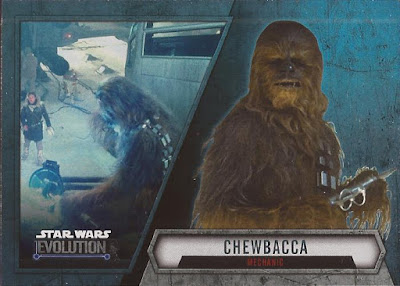 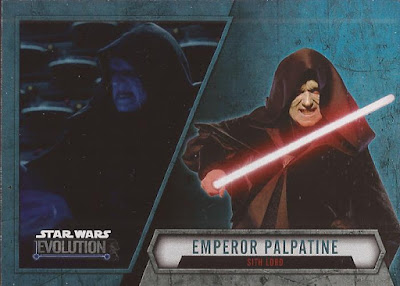 Palpy right after he revealed his true self to the Jedi in ROTS. 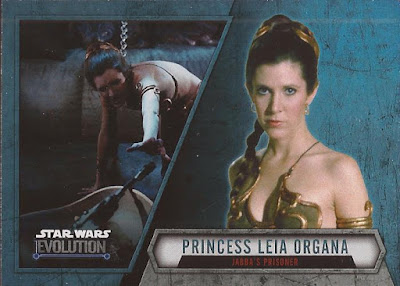 Not sure how Ms. Fisher feels about Topps using her steel bikini in a set, but it still an iconic look from ROTJ. 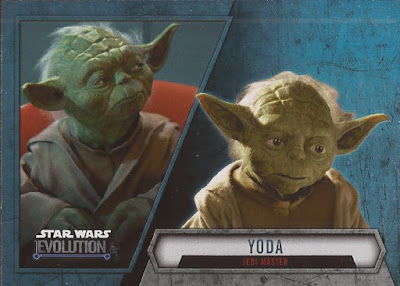 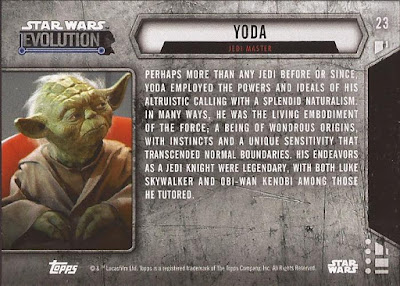 Card back. Reused images. So the best hit of my box? 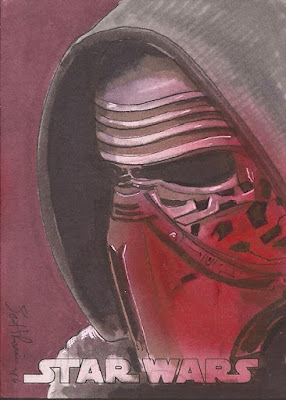 A nice 1/1 sketch card of Kylo Ren. The SW nerd in me wants to keep this. Part me me wants to sell it. I'm conflicted.

She has no problem with the metal bikini ...when Hasbro said they were not going to produce it anymore after some jerk complained she publicly stated how disappointed she was.

I've been going back and forth on whether I want to get a box of this product. I'm still not sure. Your sketch is pretty cool. I can't tell who the artist is from the signature on the front, but it might be hard to sell it for as much as it's worth from a sentimental perspective. The sketch market is pretty saturated right now, so unless you pull a top artist the prices can be underwhelming.