Written by JediJeff at 6:02 PM
If you haven't been buying Goodwin Champions for the past few years because the images are creepy -and let's be honest, they have been creepy - I think 2016 will get you back into Goodwin. Because UD really made a beautiful set this year. 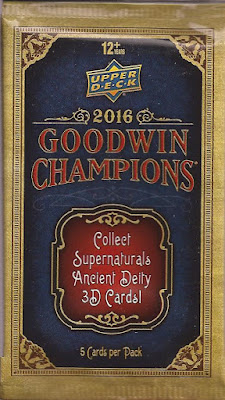 Remember, Goodwin Champions is UD's version of Allen and Ginter, but much more robust in regard to the athletes depicted. From UFC to wresting to golf to auto racing and a few more, you will get the wide range of sports and superstars to collect, along with insert serts (WW II autographs are available in the boxes) plus other great inserts, autographs and relics. But enough of me singing the praise of this year's release. Let's show it. 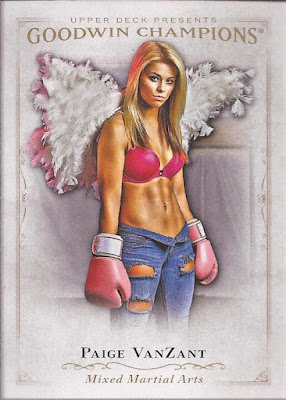 Alright. Granted. Paige is AMAZING to look at. But take a few seconds off the center of the card and look at that layout. The scroll work in the corners. The simple, legible font. The faded background. Easily the best looking release since the original in 2009. Upper Deck really learned something from their Art Institute drop out employees and did some filters to actual images and improved the look 10 fold.

And Paige VanZant. She can kick my ass any day and twice on Sunday. 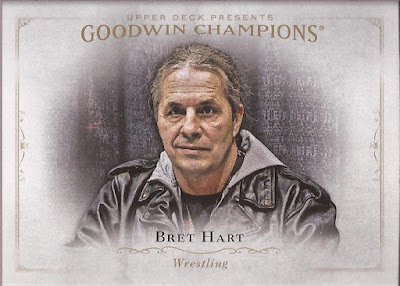 Horizontal cards look just as great. Gone are the creepy paintings and in are realistic images. 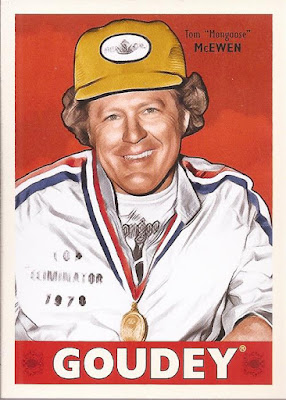 Goudey inserts are one of the sets available. 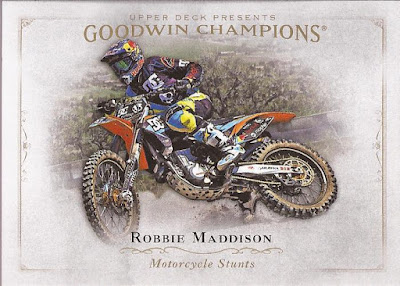 Do I have a complaint about 2016 Goodwin? I guess the average complaint as of past year's: The autos and relics are a bit lower key then you can in other products. But I am not sure you collect this set for the hits. It's more a quirky set, and the look this year makes it. 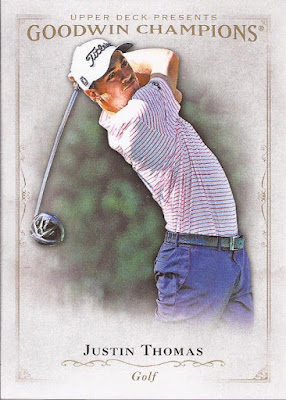 FORE! I mean FIVE! That's the last card of this pack. Here's the backs. 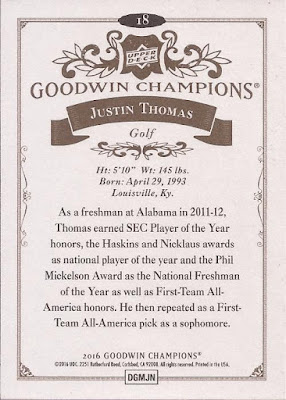 Think A&G quality paper, cuz that is exactly what it is. I was watching someone rip a case, and then he and I did a box each from the few that were left. He pulled a sweet WW2 German infantry uniform relic. I pulled one of the WW2 autos. 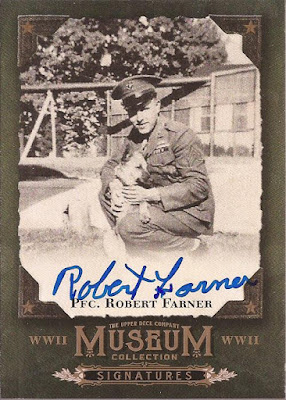 That's a bonus scan - not from this pack. The pack I pulled it from only had this and one other card, it's so thick. Farner won a Silver Star for his actions in the Philippines and spent 3+ years as a POW. You can here his story (in his own words) below.

Great looking set . I need to get some.

I really like those WWII cards. Very nice idea to the veterans some love.