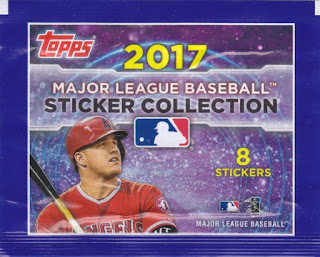 You know the drill. For a buck, you can grab a pack of Topps album stickers containing the latest and greatest baseball players, plus some mascots and so forth. After reviving the concept and producing a nice sticker-card for a few years, Topps went and did things on the cheap by reverting back to the Panini style floppy thin album stickers in 2015. This year's product feels flimsier than ever. At the very least, these things are very difficult to pick up off of a scanner without smashing them in half. I don't know if they've ever fessed up to it, but these are likely produced by (or at least in the same production facility) as their competitor Panini, as their "STICKERS PRINTED IN ITALY" disclosure suggests. 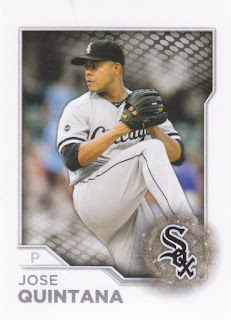 124 - Jose Quintana - With the White Sox in Full Rebuild Mode, people will be on Quintana Watch all summer, or at least until the trade deadline passes. 273 - Aaron Nola - I have yet to see a Phillies game this season, but I'm sure that time is approaching. 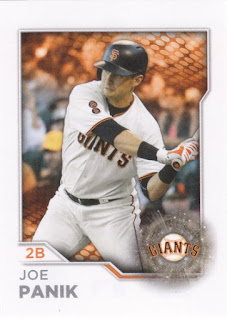 55 - Mariner Moose - He's bug-eyed because of all of the caffeine in Seattle, you see. 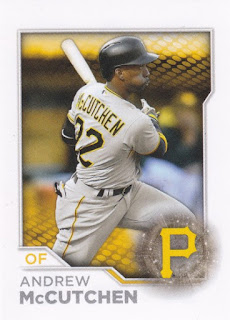 275 - Andrew McCutchen - Early returns on McCutchen's steep decline being a one year anomaly: not good. 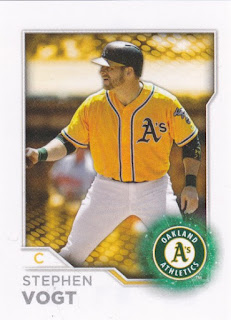 25 - Stephen Vogt - He was a guy I fantasy drafted because I'd heard of him and needed a catcher. Catchers are a fantasy necessary evil. Probably shouldn't have drafted him. 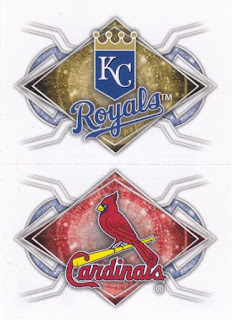 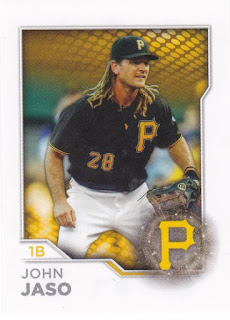 I like these. Thanks for posting. I'll definitely pick some up now.