Written by Jafronius at 10:19 AM
Greetings!

Hope everyone is doing well.  As most of you know, May 4th is considered to be Star Wars Day.  One would think the APTBNL writers would be having lighsaber duels in the spacious APTBNL offices to see who gets to post a Star Wars pack on this day, but in reality, this day appears to be no more special than other days.

So, unless the Jedi uses the Force to move this post to some time in June 2050, I shall pick up the slack and give you a pack of 2016 Topps Star Wars Rogue One Series 1! 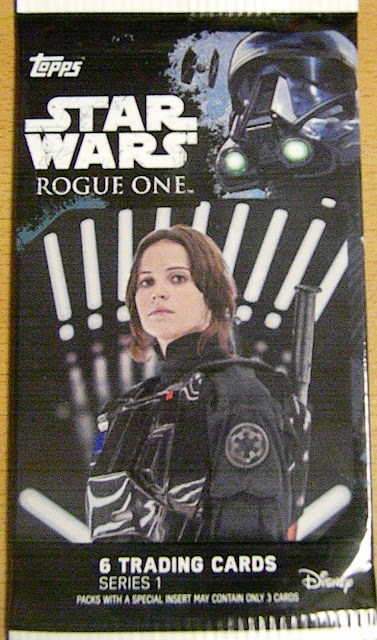 Series 2 recently started appearing on shelves, to coincide with the DVD/Blu-Ray release.  If they followed the playbook for their The Force Awakens release, then Series 1 will be light on details, leaving those duties for Series 2.  How light?  Keep reading.  Here's what I got: 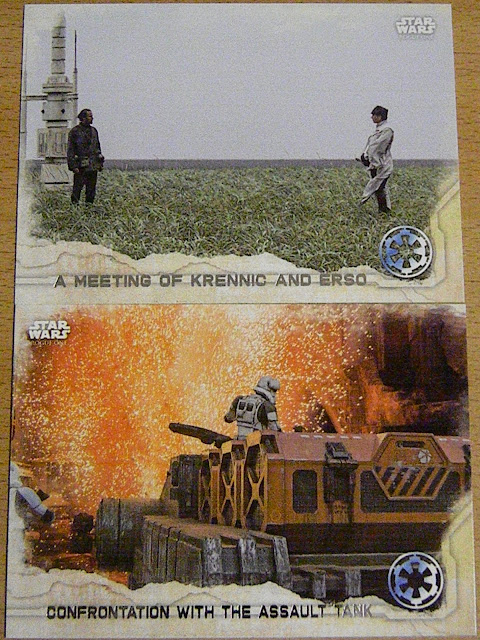 You get a half border (otherwise how can you tell if you got a parallel) along the bottom, with the card title in foil.  You also get a logo at the bottom right corner, Imperial in this case. 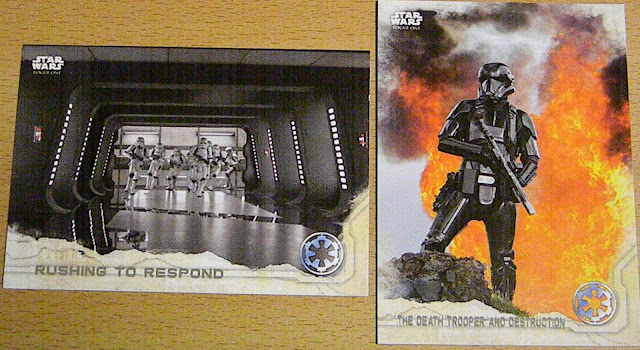 #48 - Rushing To Respond
#23 - The Death Trooper And Destruction

As you can see, nice images, and no plot points given away (SPOILER ALERT:  There are stormtroopers in the movie!). 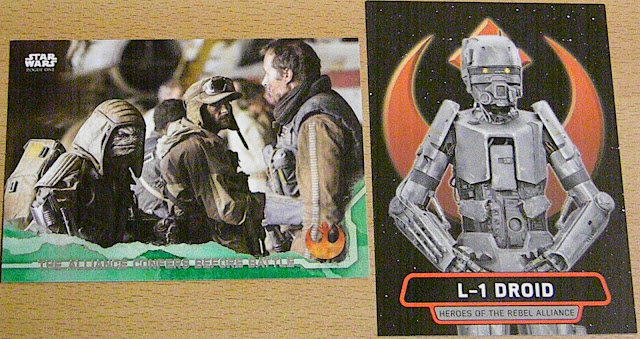 Here are the backs.  Remember what I said about light on details?  I have a bad feeling about this: 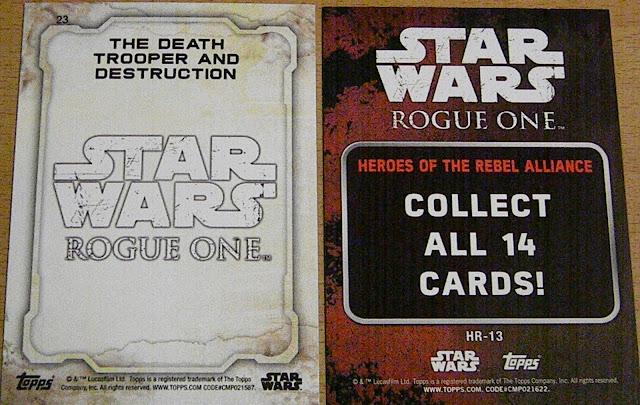 Yep, there's nothing on the back.  This could have very well been a sticker set.  6 cards for 2 bucks, folks.

Anyway, that's the pack.  This release is really for the collector who must have all the Star Wars (i.e. me 20ish years ago).  Topps should make these Series 1 sets a buck, like Opening Day.  I'm sure Series 2 will be much more enjoyable (and if there's a Chrome, watch out).

Thanks for reading, and May the Fourth be with you!