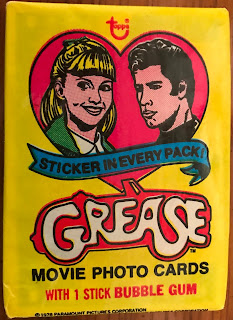 In addition to the colored border, the cards feature stills from the movie and the card number on the front is part of the "Grease" movie logo. In the lower right, a caption and copyright info finish out the front of the card. 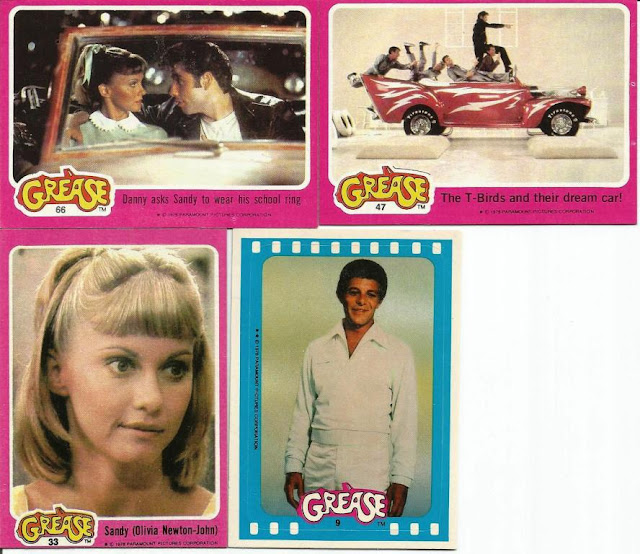 Each pack also came with a sticker. There were 22 stickers in the set (11 for each series). I do not know if the stickers had different colored borders depending on series. I pulled Frankie Valle or Avalon or whatever that dude's name is/was. He's the guy from the "Beauty School Dropout" scene. Is it sad that I know the scene but not the singer? Yes, yes it is. 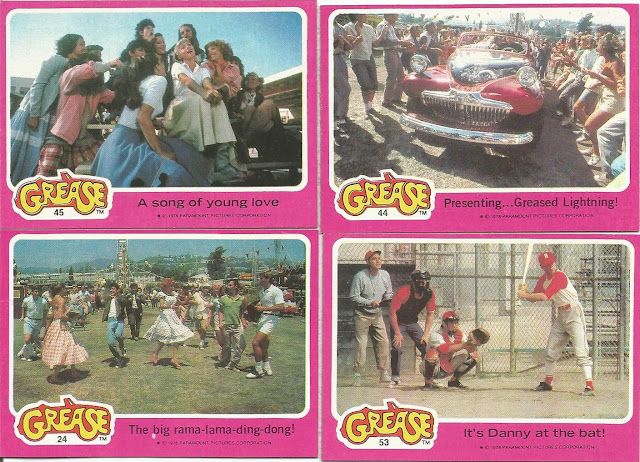 The backs either had "Movie Facts" about the movie or had a puzzle piece: 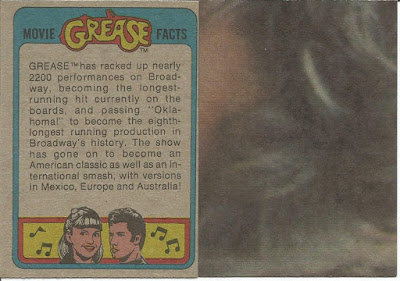 "Grease" is one of my all-time favorite movies/musicals. I saw in the theater as a kid, owned records, posters, and anything else I could get my hands on, and to this day will watch it if I am flipping channels and it happens to be on.

I'm going to have the greased lightning song in my head the rest of the day now, lol!

While Billy is singing "go Greased Lightning, you're burning up the quarter mile"... I'll be singing "Beauty school dropout... no graduation day for you." for the rest of the day.

Are these John Travolta's rookie cards?

Unfortunately, not. Travolta appeared in a set of Welcome Back Kotter cards before this.