Written by SumoMenkoMan at 3:06 PM
Browsing Walmart can be lots of fun especially when in the card aisle.  One that is close to me always has a bargain bin of sports cards and a few days ago it looks like they hauled out a bunch of stuff that got lost behind the back shelf in the deepest part of the warehouse.  This particular trading card game is called NFL Showdown 2003 produced by the Wizards of the Coast.  It has a legit NFL Players Association license and the NFL Coaches Association endorses it.  How could I go wrong with the $1.98 price tag....after Alabama's $0.19 take I walked out the store with a $2.17 gold mine...I hope.  I wouldn't have bought it normally, but included in this starter box are two 11-card booster packs.....and a quick look on APTBNL showed that this beauty has yet to be showcased here.  Not that I need any further build up, as this sells itself, but let's dive into one of the booster packs.

Here is the box....if I have time, I might give the electronic game a go.  There are standard starter cards included, but I'll only be showing the cards from one of the packs. 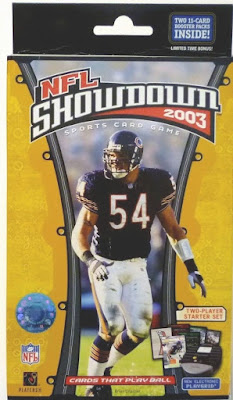 Here is the pack I will be opening...a little mangled after 14 years.  Even the barcode looks old. 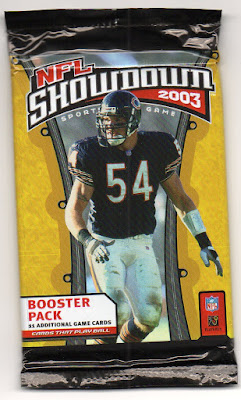 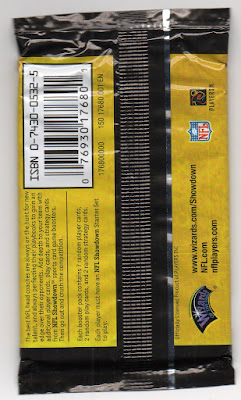 Pack Position #1: Sam Madison of the Dolphins..a Pro Bowler and Super Bowl winner and his house was featured on MTV cribs.  On a serious note, he donated his kidney to his 11-year old daughter last year.  Pretty awesome! 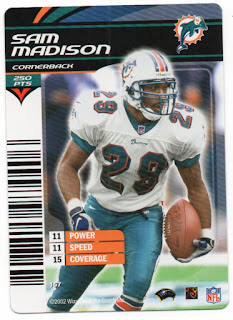 Pack Position #2: Brandon Spoon of the Buffalo Bills....a perfect person to cuddle on the cold Buffalo nights.  His career was pretty short...one year. 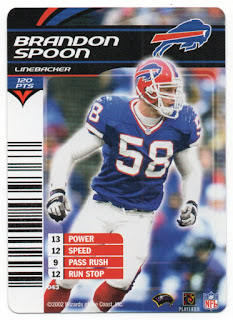 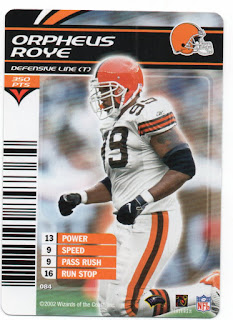 Pack Position #4: Ray Brown from San Fran....Ray was playing until he was 43..beast mode! 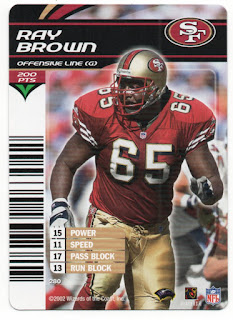 Pack Position #5:  Hall of Famer Larry Allen.  This guy could bench press motorcycles I am sure.  A great athlete! 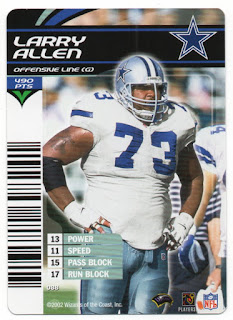 Pack Position #6: Kwamie Lassiter - He spent some time in Kansas before going pro...our paths could have crossed at some point. 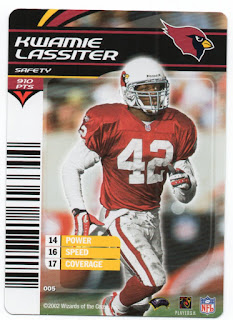 Pack Position #7: Michael McCrary...he retired not too long after this card was made. 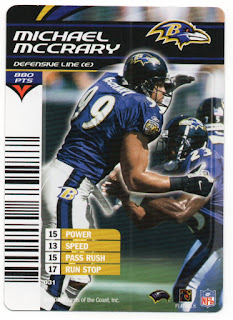 The last 4 cards are non-player cards consisting of plays and formations.  There was also a advertisement for the NFL Showdown Championships in Hawaii...I guess this game was pretty serious back in the day....anyone have any experience with playing this game? 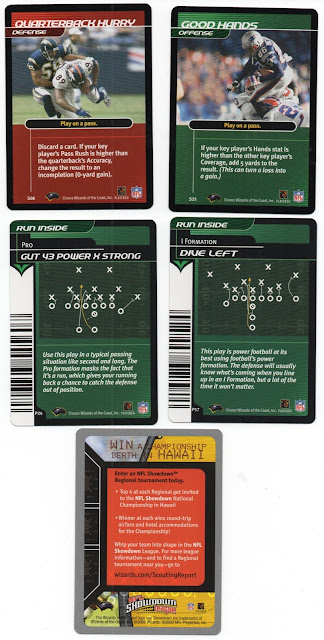