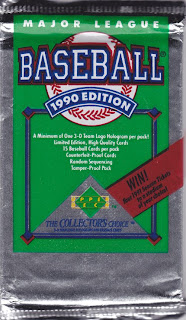 Upper Deck burst on to the scene in 1989 and immediately became the gold standard for baseball cards of the era. One year later, however, and Upper Deck was just another pile of junk wax. 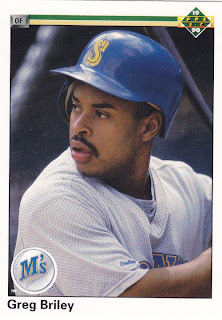 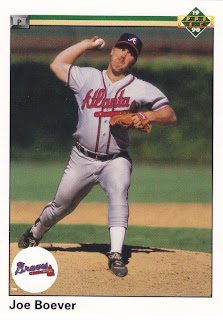 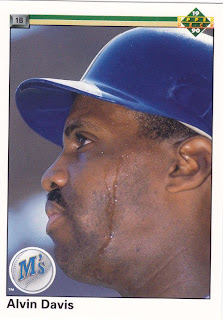 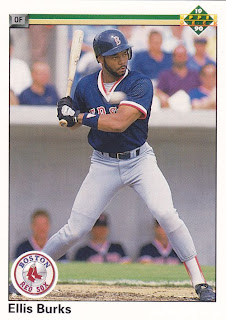 343 - Ellis Burks (I wonder if even a quarter of the people who own Big Papi jerseys know about guys like Mike Greenwell and Ellis Burks.) 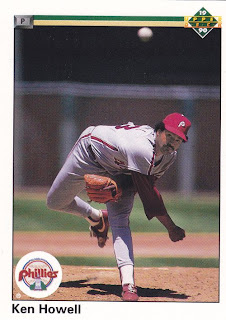 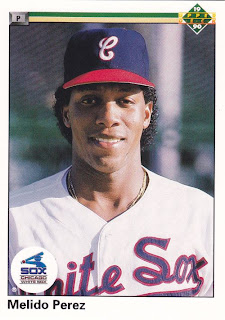 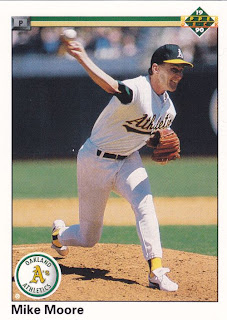 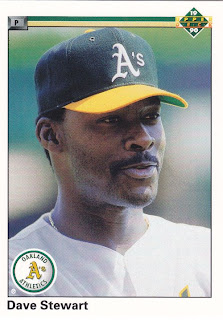 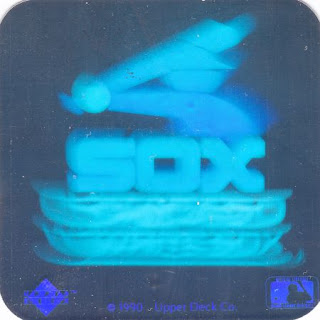 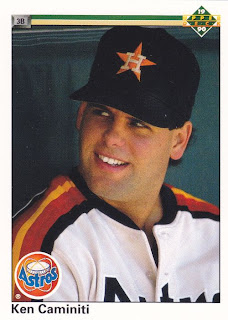 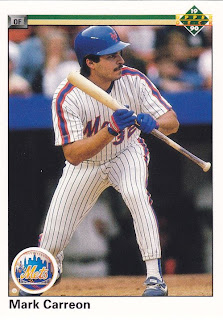 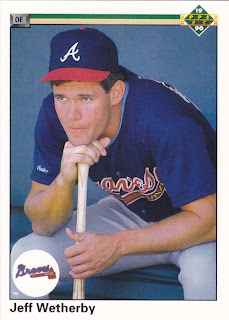 611 - Jeff Wetherby (Wow. Wetherby appeared in all of 52 games in his career, all in 1989, averaging less than one at-bat per game played. He hit one home run in his MLB career - off of Greg Maddux.) 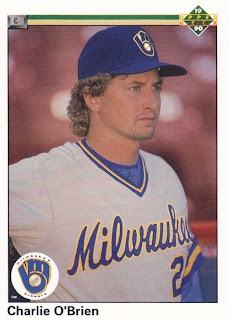 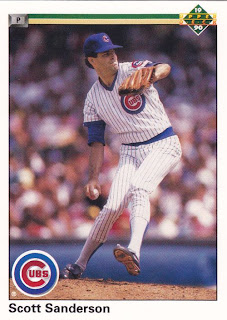 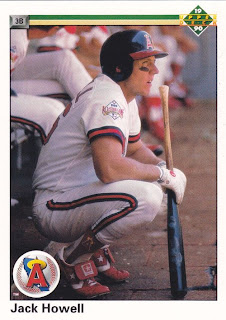 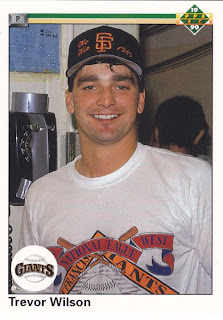 Nice job by Ellis Burks. He's really keeping his eye on the ball.

I'm leaving that one alone.

Love the duct tape on the pay phone on the Trevor Wilson card.

His baseball reference page has his nickname as "Boever the Saver", so that may be how you pronounce his name.

Exactly. Upper Deck went from being the gold standard to the iron pyrite standard, overnight.