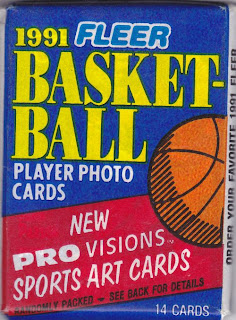 In "honor" of the NBA lockout, here's the very last NBA pack in my household that I haven't posted anywhere. It's pretty much garbage, just like work stoppages in pro sports. I'm done with this league until they can get it together. 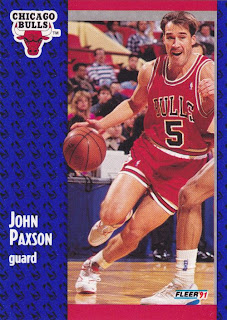 31 - John Paxson (Paxson was a key cog in the early Jordan-era Bulls teams, but wasn't nearly the scorer that his older brother John was in his heyday with the Blazers.) 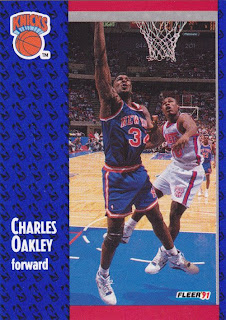 138 - Charles Oakley (I had a softspot for the '90s Knicks teams. Oakley was fun to watch. He's had some serious back issues that may keep him from his continuing his coaching career, which is a shame.) 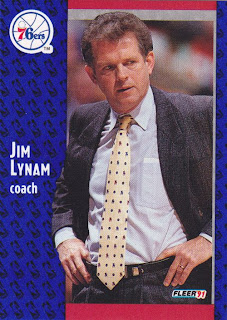 155 - Jim Lynam (Another guy with Blazers ties, Lynam served as an assistant to Dr. Jack Ramsay with Portland in the '80s. Nice tie, Jim.) 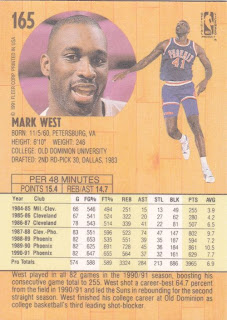 165 - Mark West (West used to battle Buck Williams for the field goal percentage crown every season by never shooting the ball unless he was inches from the rim.) 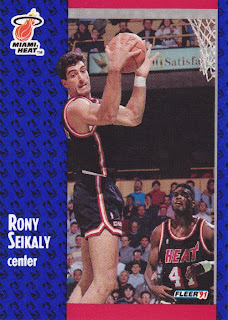 112 - Rony Seikaly (Seikaly's card is indicative of this set's ill-conceived design where so much real estate is taken up by a series of NBA logos. Lame.) 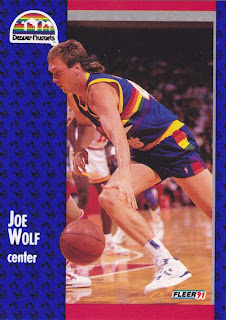 55 - Joe Wolf (Wolf played a few games with Portland and from what I can remember was pretty terrible.) 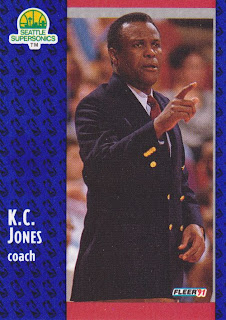 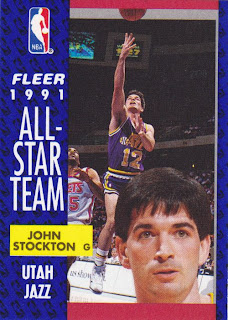 217 - John Stockton Fleer All-Star Team (I hate to say anything positive about Stockton, Malone or the Jazz, but he sure did make playing point guard look simple.) 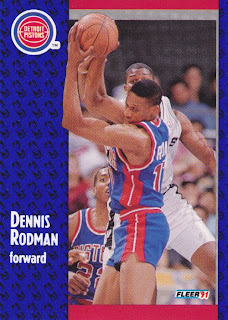 63 - Dennis Rodman (What can you say that hasn't already been said about Rodman?) 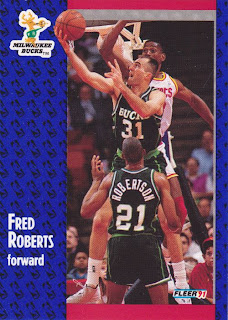 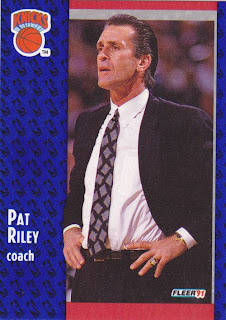 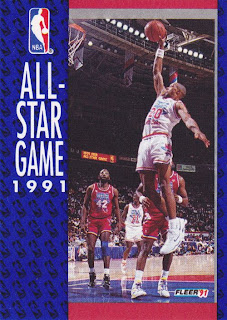 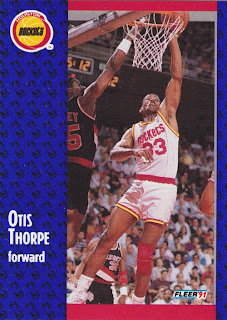 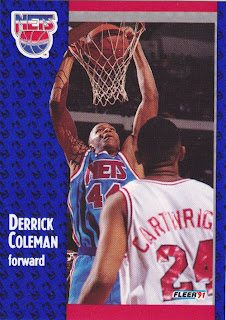 130 - Derrick Coleman (Coleman should have been huge, but he had to wear those tie-dye jerseys.)

Good pack. Not so sure about the poster though.