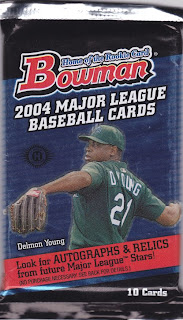 Do not adjust your television sets (or computer monitors). Seven years ago, there was a Bowman set that looked strikingly similar to a Bowman set that was released mere weeks ago. There have been several other sets with this problem as well. 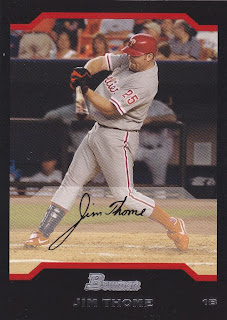 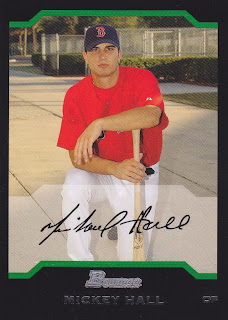 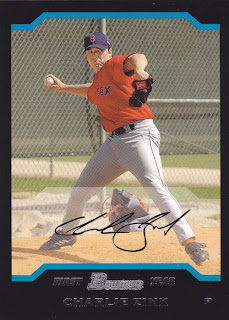 179 - Charlie Zink (I have it on good word that all of the professional knuckleballers meet in secret once a month to talk about how much they screw up the game of baseball. R.A. Dickey is frequently the target of ridicule amongst his peers because his knuckler is actually faster than Jamie Moyer's fastball.) 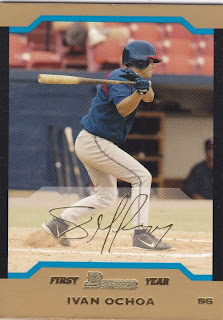 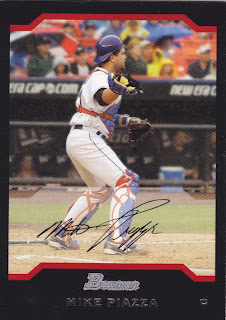 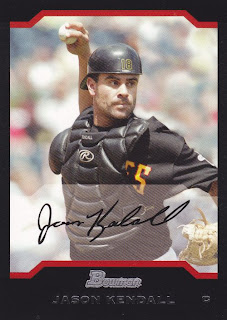 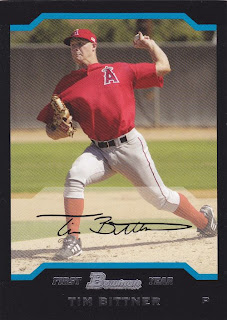 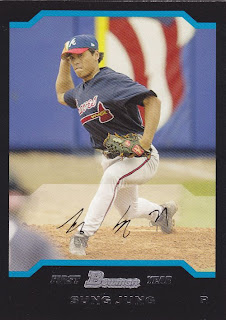 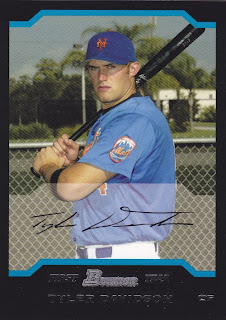 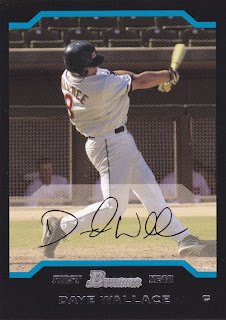 289 - Dave Wallace (Wallace never made it to the majors as a player, but is currently the bullpen catcher for Cleveland.)

Email ThisBlogThis!Share to TwitterShare to FacebookShare to Pinterest
Labels: 2004 Bowman

I've always like Jason Kendall. However, I think he's prematurely aging. He looks like he's lived a hard 57, although he's only 36 now (at least for a few more days).

Then again, if I had a crack ho wife divorcing me for (one of) Rod Stewart's crazy son(s), that would make me look a thousand years old, too.

On a separate note, I swear that I can see Charlie Zink behind the fence in the background of Mickey Hall's apartment pony picture.