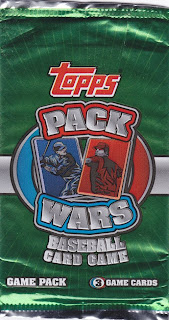 Many have tried the "let's make baseball cards into a TCG" concept over the years, but did you know that Attax isn't even the only time Topps has gone down that road in recent years? Pack Wars apparently was yet another example of this. I'm assuming that, by the name, you were supposed to compete against another player's pack. Really, I have no idea. This pack was specifically labeled as not for individual sale, so it must have been part of a blaster or multi-pack configuration. 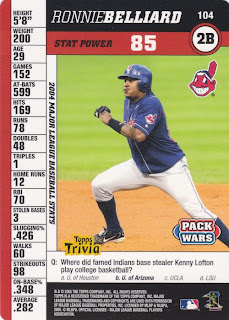 104 - Ronnie Belliard (Belliard just retired from the game recently, making it another member of the 2006 Cardinals to step away from the game. He was only around St. Louis for a few short months, but he was a memorable - if only for his strange tongue-wagging - addition to the club that was stuck together with old chewing gum and Scotch tape yet still managed to win a trophy.) 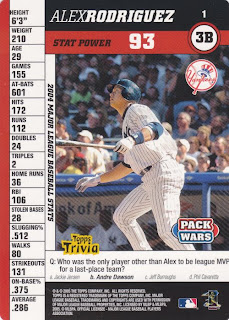 1 - Alex Rodriguez (What's the point of having trivia questions on your card when the answer is literally right in front of you? They didn't even print it upside down or anything.) 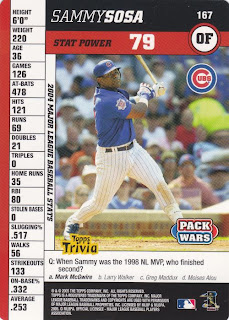 167 - Sammy Sosa (How can people constantly call the Cubs "Lovable Losers" when they had someone like Sosa around for so long?)

I think this was supposed to be a hobby premium, as a means of hosting / modifying a Pack War event at shops.

I think these kinds of events were starting to die out about 2005, but you can't blame Topps for trying to find a way to extend the party, even after arriving a bit late.