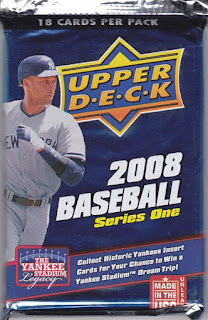 Here's another pack in the I Can't Believe No One Has Posted This Yet series. Did anyone ever notice the weird "Made in the USA Unleaded" logo on the front of these packs? I can't tell you how many of these packs I've opened before and I've never once noticed it. 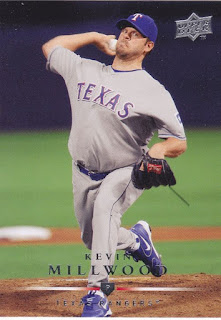 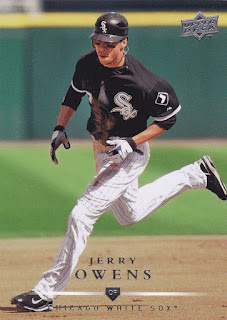 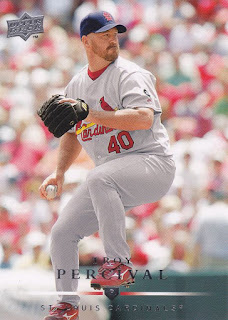 65 - Troy Percival (At this point, I guess I should stop and make a comment. Of the first four players pulled in this pack, which one is actually still in the league? If your answer is "Kevin Millwood", you would be correct!) 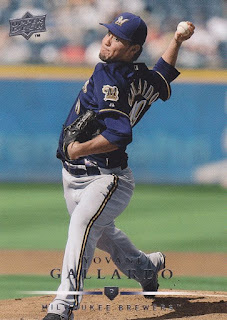 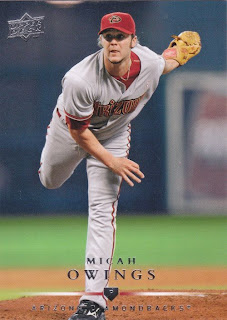 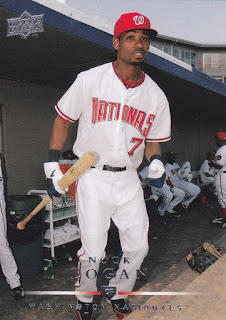 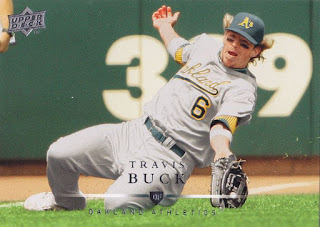 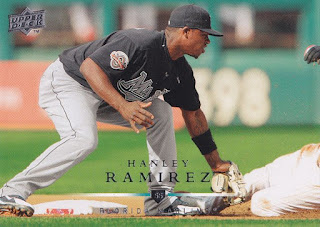 167 - Hanley Ramirez (We'll see if Hanley can rebound from his freefall and actually put some people in the seats at the new Fish stadium.) 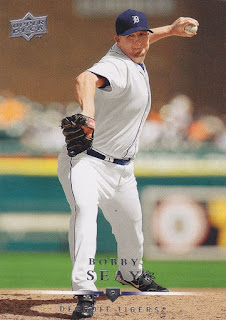 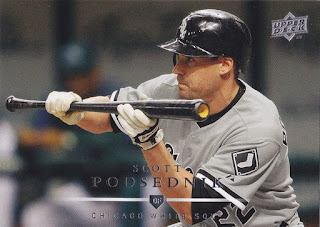 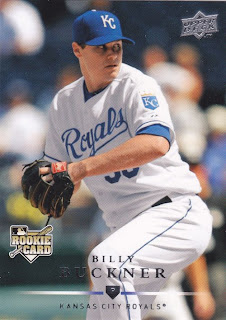 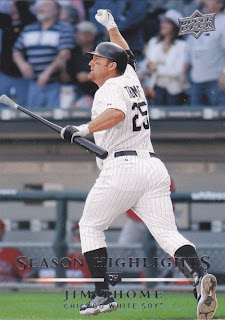 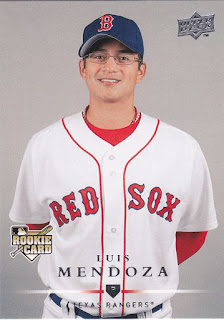 328 - Luis Mendoza (This is a confusing card because Mendoza actually appeared 6 times with the Rangers before 2008 and yet Upper Deck did not have a current photo of him. That seems like more of a Topps thing.) 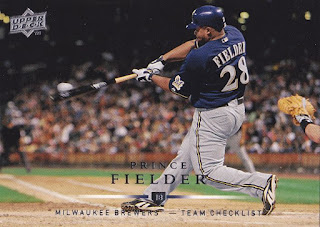 356 - Prince Fielder Team Checklist (As long as Prince keeps hitting his home runs at the wrong end of a 9-run drubbing, things will be alright in my book.) 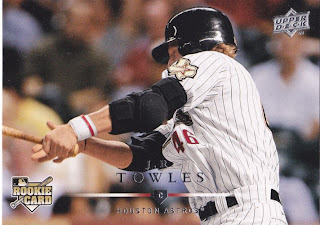 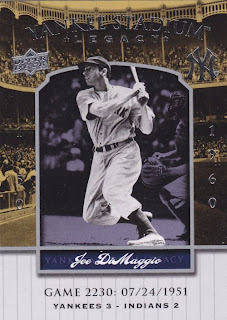 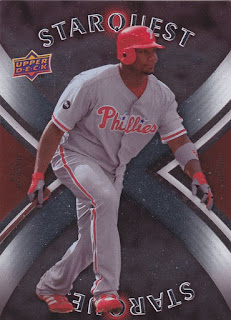 I thought the drill was:
Topps-Airbrushes cards
Upper Deck-uses old photos for cards.