Written by shoeboxlegends at 6:15 PM
The 2011-12 NHL season is in full swing, and it's a shame that no 11-12 hockey cards have made an appearance yet on A Pack to Be Named Later. Since I was in Target today I decided to rectify that by spending just a dollar: 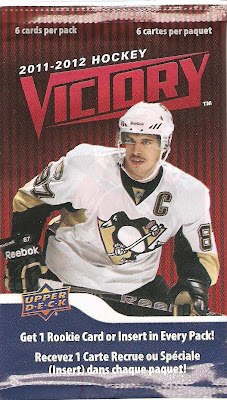 Victory was the first 2011-12 product to hit shelves, a few weeks back now. For those of you who don't collect hockey, this is Upper Deck's significantly cheaper alternative to its flagship set. Sort of like Topps Opening Day baseball. There's a 250-card base set, with cards 201-250 containing rookies, and a small variety of inserts and parallels. Upper Deck, can we please get someone other than Sidney Crosby or Wayne Gretzky on a wrapper? 6 cards for a dollar, let's see what I got: 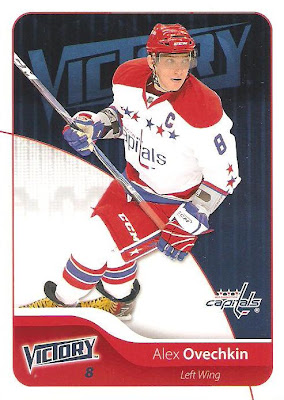 #193 - Alex Ovechkin
I'm not a Victory guy, I don't intend to collect this set, and I'm not really the biggest Ovechkin fan either. All of that being said, I think that's a nice looking card and a pretty good way to start the pack. Maybe it's the Capitals jersey, I don't know. As far as the design itself I don't feel too strongly one way or another I guess. Every year a gigantic VICTORY seems to make an appearance in the background somewhere. I guess it's hard to complain too much when the packs cost less than what a cup of coffee now goes for most places. Here's the back: 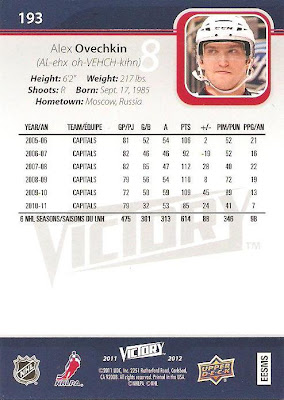 I do think the phonetic spelling is kind of cool, especially in a league with so many European-born players. Given some of the name-butchering I've heard on major networks already this season, I'd say there are a few play-by-play guys who could benefit from picking up some packs. 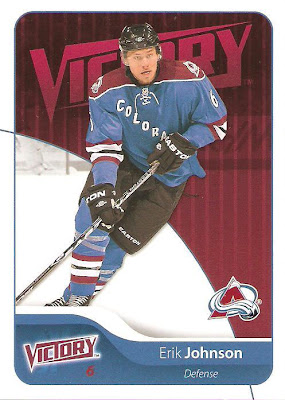 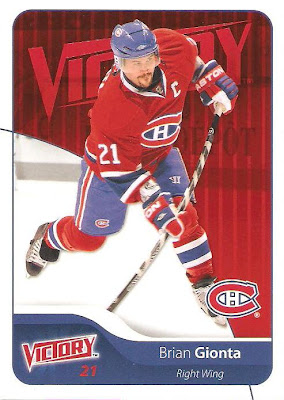 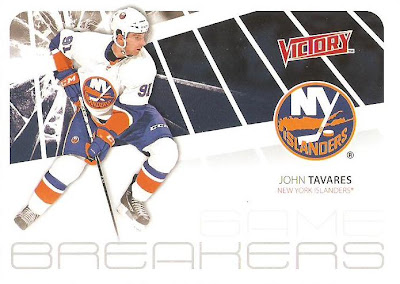 #GB-JT - John Tavares (Game Breakers)
These Game Breakers inserts fall at 1:2 packs. Could this be Tavares' breakout year? 5 goals and 3 assists in just 4 games so far... 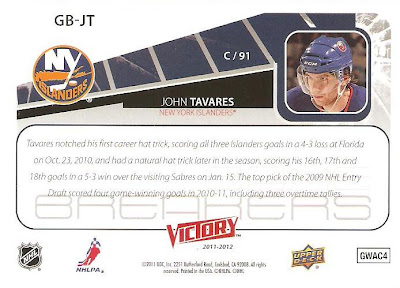 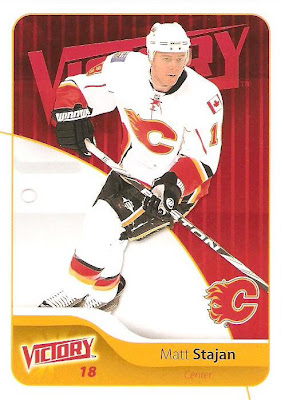 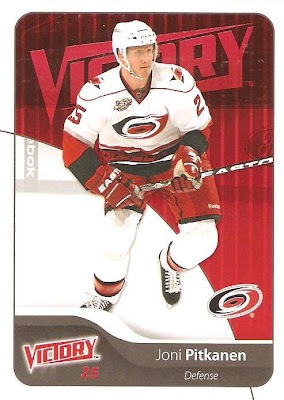 #40 - Joni Pitkanen
Finishing things off we have Joni Pitkanen. So...there you have it. The Ovechkin and the Tavares insert saved this pack from being a dud.

For sure, I stil need those cards; Stajan, Tavares and Pitkanen :)