Written by shoeboxlegends at 5:00 PM 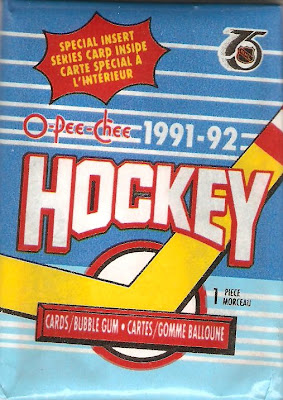 Here's another junk wax pack that I picked up at the hobby shop this Saturday, on the same trip as the 1991 Fleer Football pack I just posted. I'm kind of surprised to see that nobody has covered this one yet. Let's dig in, aside from a nasty stick of gum I got 10 cards for my 50 cents: 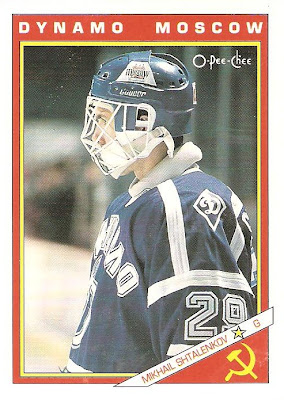 #43R - Mikhail Shtalenkov
I used to think these inserts, featuring some of the top talent from Russia, were great. Russian players like Sergei Fedorov and Pavel Bure were just becoming NHL superstars around this time and as a young, impressionable kid I thought everyone in this set was the next Wayne Gretzky.

On a really odd note, I didn't know much about Shtalenkov, and when looking him up online just now I've learned that he apparently disappeared this past Sunday. Seems like some pretty odd circumstances there... 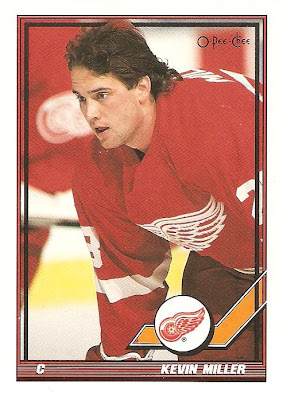 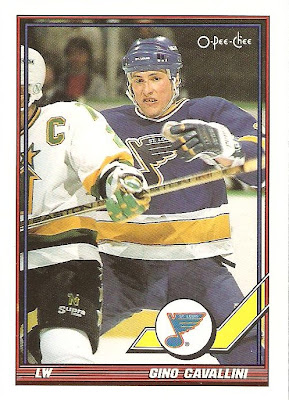 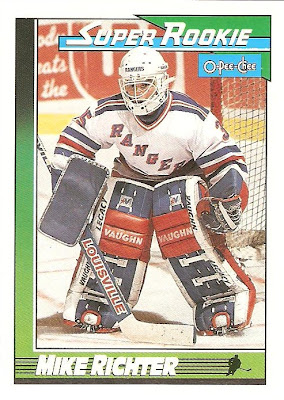 #11 - Mike Richter Super Rookie
Richter captured a Stanley Cup with New York just a couple of years after this set came out. I like the design for the base cards in this set, but the Super Rookies? Not so much... 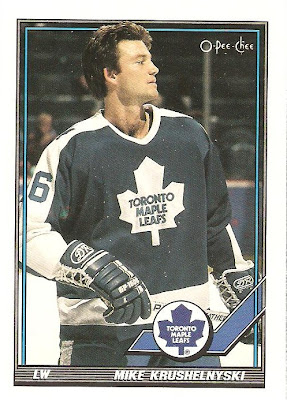 #324 - Mike Krushelnyski
In my mind, Mike is most famous for being one of two players that Wayne Gretzky requested be traded with him to the Los Angeles Kings from Edmonton (Marty McSorley being the other). 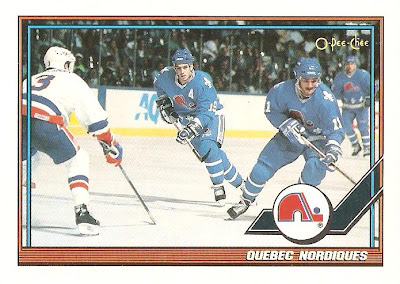 #96 - Quebec Nordiques
My favorite card in the pack, featuring a young Joe Sakic and a whole lotta Fleur-de-lis! 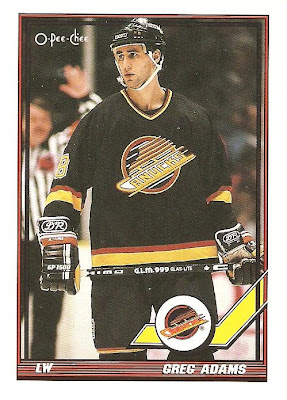 #340 - Greg Adams
For the longest time I didn't even realize there was a skate hidden inside that mess of a Canucks logo. 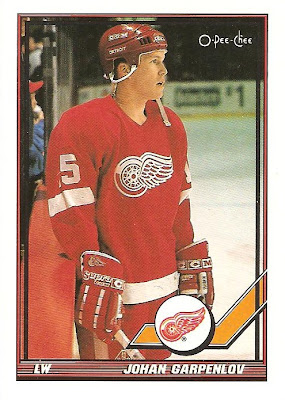 #278 - Johan Garpenlov
Johan was dealt from Detroit to the new San Jose Sharks franchise during the 1991-92 season. 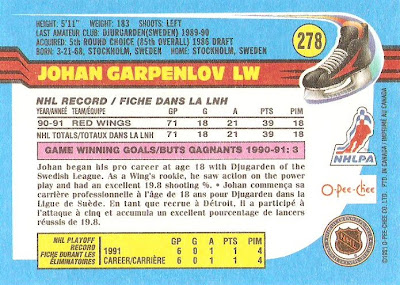 Here's a look at the card backs. Awfully busy. 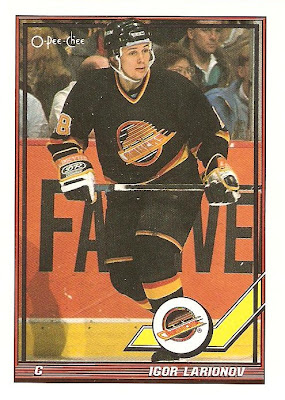 #480 - Igor Larionov
Finally, a Hall-of-Famer! Pictured here with Vancouver, I always think of Igor in a Detroit sweater. Larionov played on the 1997, 1998, and 2002 Cup-winning teams in Detroit. 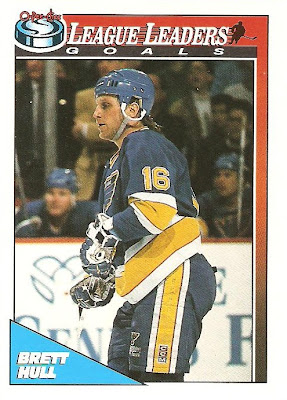 #190 - Brett Hull - Goals Leader
Back-to-back Hall-of-Famers at the end to save this otherwise dud of a pack. This card is pretty cool, as it symbolizes Brett Hull's amazing 86-goal 1990-91 season! I don't think we'll see a total like that again anytime soon.

Nothing too spectacular here but was it worth two quarters? I'd say so.

In my opinion, this was the worst OPC Hockey set ever made.

Despite saying that, I still bought like two boxes of it just to build the Russian insert set...

However, thanks for the trip down memory lane.