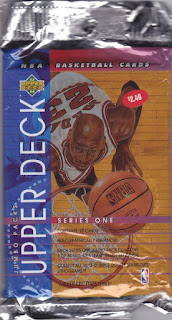 Right before the NBA lockout started last year, I made an ill-advised purchase of a junk wax era Upper Deck basketball box. I saved a pack to post here once the lockout ended, and then I got lazy about posting it. Plus, it's pretty junky. By the way, if anyone out there likes basketball (or more specifically, basketball cards) at all, please contact me. I have a bunch of junk I wouldn't mind getting rid of. Here are some basketball players of days gone by. 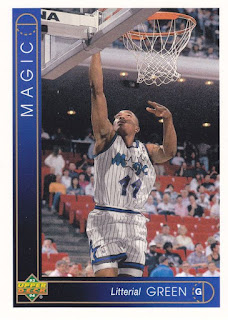 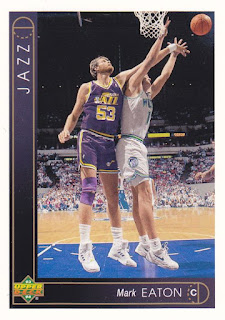 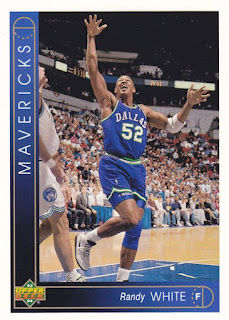 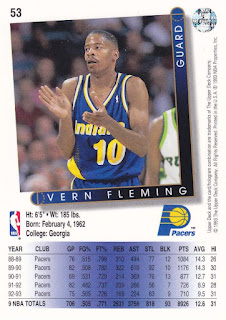 53 - Vern Fleming (I can't believe someone named Vern would make a face like that!) 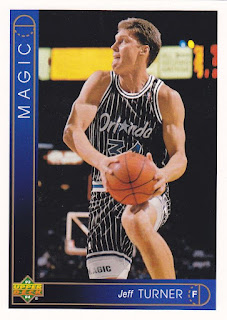 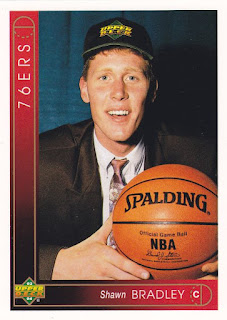 163 - Shawn Bradley (I wonder where I can get a sweet Upper Deck cap like that. Also, Shawn Bradley? Always good for a laugh.) 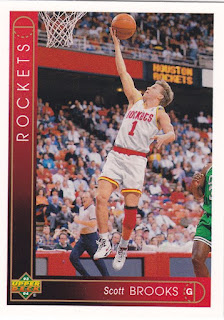 131 - Scott Brooks (Brooks was the Coach of the Year a couple of seasons ago. I love how there's a small electronic sign to let the fans know what the name of the home team that they came to watch is.) 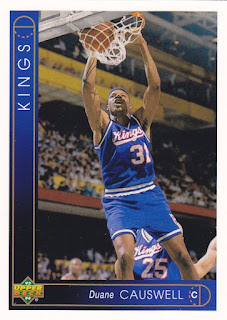 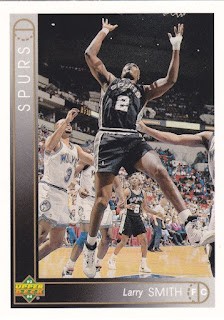 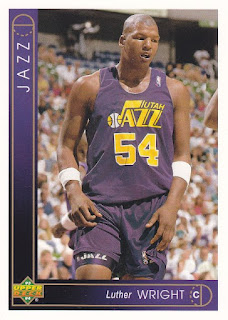 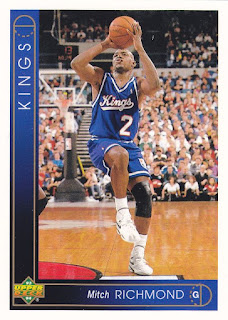 64 - Mitch Richmond (Growing up as a Blazers fan in this era, I can say that basketball card photos taken in Portland were few and far between. I saw lots of road jerseys. This one is clearly shot at Memorial Coliseum in Portland, though.) 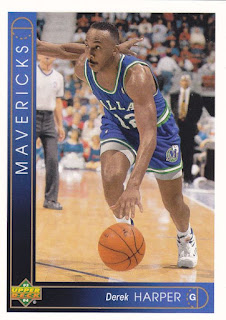 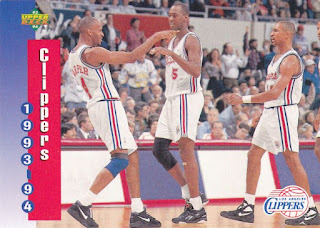 221 - Los Angeles Clippers (When you're as bad as the Clippers, you spend a lot of time pointing fingers and deflecting blame.) 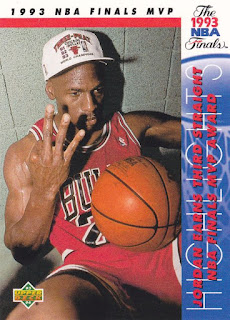 204 - Michael Jordan NBA Finals (I never liked this guy and I'll never not be sick of him.) 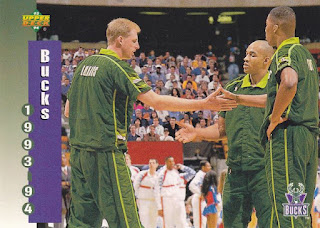 224 - Milwaukee Bucks (There's a lot of green here. This reminds me of the old Gatorade gum for some reason.) 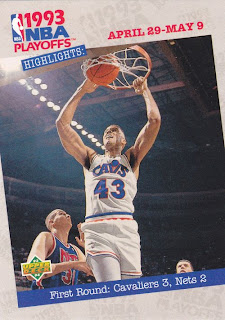 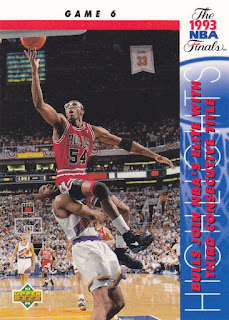 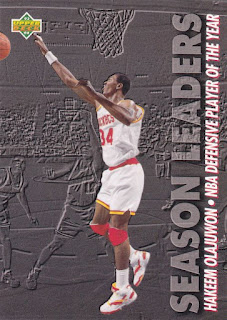 176 - Hakeem Olajuwon Season Leaders (These cards are kind of weird, and definitely not 3D in any way.) 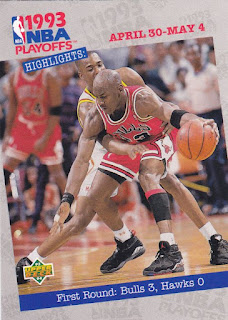 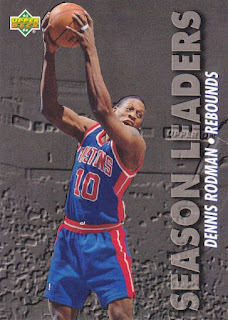 167 - Dennis Rodman Season Leaders (Rodman averaged more than 18 rebounds in the previous season despite the fact that he was no taller than many small forwards. Pretty incredible.) 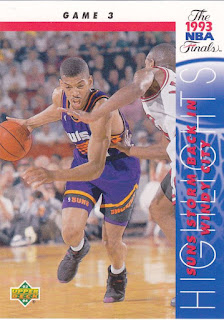 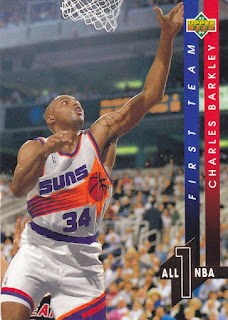 AN1 - Charles Barkley All-NBA 1st Team (These All-NBA cards were a one per pack insert in the jumbo packs. Getting the same insert in every pack takes a bit of fun of out things.)

I could care less about the current NBA product, but I love the "old days" so any Charlotte Hornets (specially Larry Johnson, Alonzo Mourning, Muggsy Bogues) let me know. Also collect Dominique Wilkins & Mark Price. I'll gladly send you few bucks for postage if need be.

Feel free to send any unwanted cards to us at Commons4Kids.org...kids love all cards and we'll get them into the hands of kids that can't afford them. Thanks.

I'd be interested in the Bulls cards. Let me know!