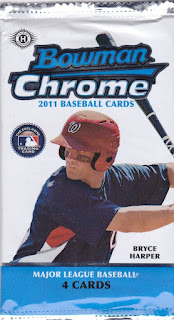 I bought a few 2011 Bowman Chrome packs on the cheap recently. Here's one of those packs. 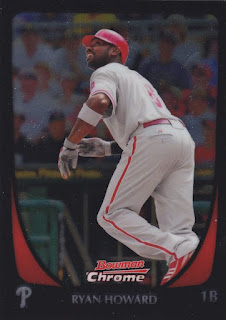 24 - Ryan Howard (It was such a strange end to the Cardinals/Phillies divisional playoff series last year, with the Cardinals celebrating on the mound as Ryan Howard ruptured his achilles tendon trying to get out of the batter's box one last time.) 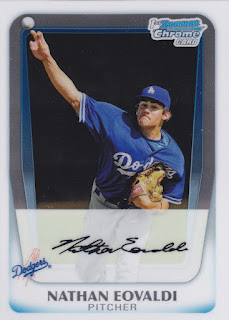 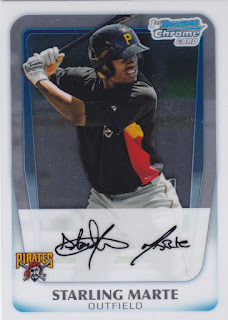 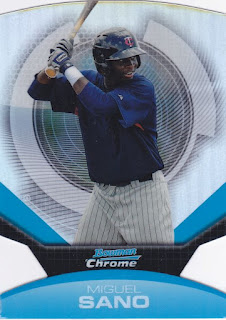 18 - Miguel Sano Futures Refractor (I'm not completely sure what this is, but it's shiny. Sano was also signed out of the Dominican Republic and is the Twins #3 prospect as rated by Baseball America at some point last year.)

Anyway to trade for the Sano?