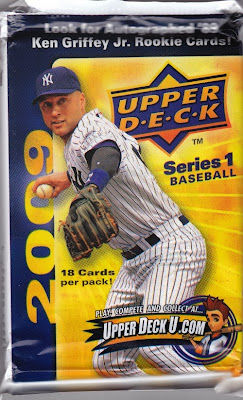 I know what you're thinking, but we really haven't covered 2009 Upper Deck Series 1 here before. This one is a staple of the repack boxes and bargain bins, and comes equipped with the familiar $1.59 sticker on the back. We're coming up on 5 years since these hit the shelves, so let's play the "where are they now?" game. 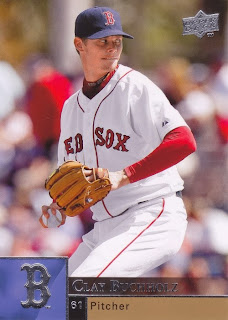 48 - Clay Buchholz - Buchholz pitched for the Series-winning Red Sox (grumble, grumble) this year, but suffered from some sort of fatigue/suck that announcers seemed to be worried about. 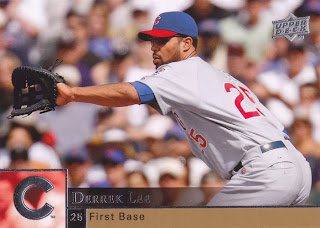 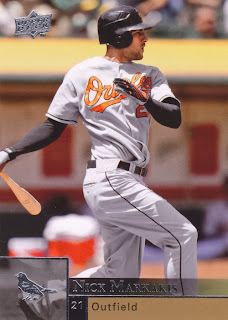 29 - Nick Markakis - Markakis has had an up-and-down career, but he still calls Baltimore home and has a regular job there. 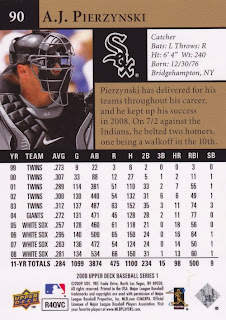 90 - A.J. Pierzynski - Pierzynski spent 2013 as a Ranger after finishing up his lengthy White Sox career, and he'll likely find a new team in the offseason. 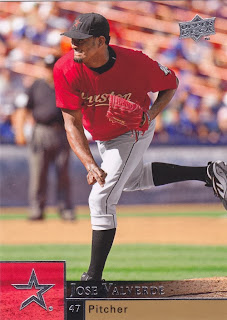 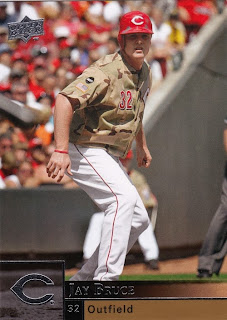 103 - Jay Bruce - Bruce is one of the cornerstones of the Reds offense and drove in a career high 109 runs last year. 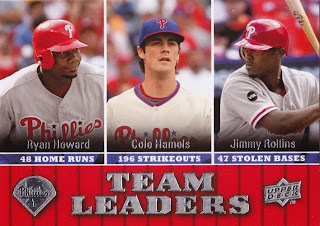 432 - Ryan Howard / Cole Hamels / Jimmy Rollins Team Leaders - Shockingly, this entire group is still in Philadelphia. Howard set the stage for the big contract buyer's remorse era, while Hamels has been solid but a little disappointing. Meanwhile, Rollins swapped his wood bat for a wiffle bat last year and somehow couldn't hit the ball past anyone. 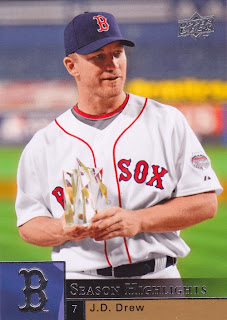 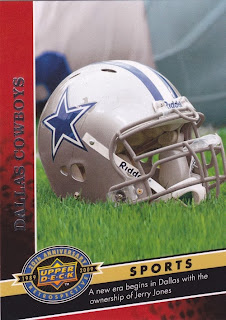 41 - Dallas Cowboys 20th Anniversary - The Cowboys are currently in 2nd place in the NFC West, where they will hopefully stay. 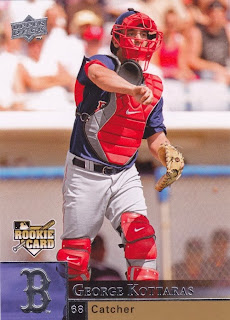 417 - George Kottaras - Kottaras was traded by the Royals to the Cubs today. 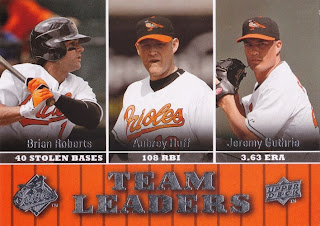 449 - Brian Roberts / Aubrey Huff / Jeremy Guthrie - Roberts hasn't played a full season since the year this card was issued, but he has never played for anyone but the Orioles. He's nearing the end of his career and is currently a free agent. Huff didn't play at all last year but doesn't technically appear to be retired, while Guthrie signed a lucrative late career deal with the Royals. 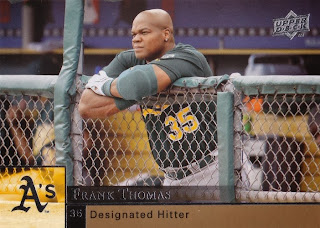 284 - Frank Thomas - Thomas had seen his last action by 2009 and was just included on the most recent Hall of Fame ballot for the first time. 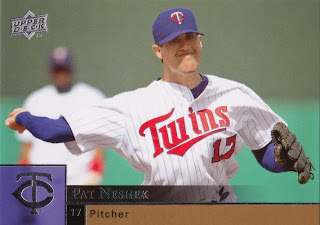 237 - Pat Neshek - Neshek is a free agent, having last pitched with Oakland just this past summer. 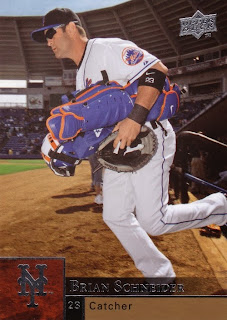 254 - Brian Schneider - Schneider was a part time catcher for much of his career and retired after the 2012 season. 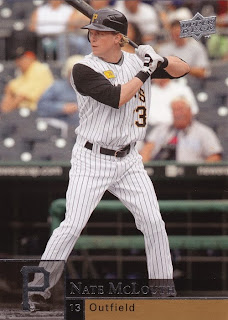 303 - Nate McLouth - McLouth resurrected his once promising career (2008 All-Star!) in Baltimore and is currently a free agent. 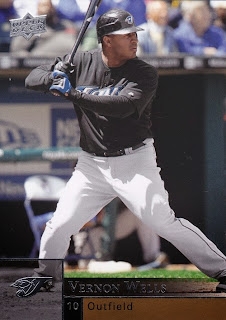 388 - Vernon Wells - Wells is swimming around in a room full of money, Scrooge McDuck style, while possibly wearing a Yankees uniform. 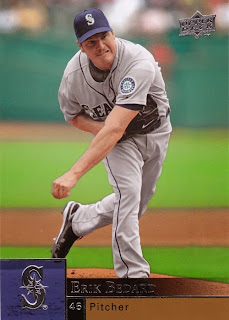 331 - Erik Bedard - Bedard is currently a free agent after spending the season with the Lil' Astros as wise old man who can't pitch very well anymore. 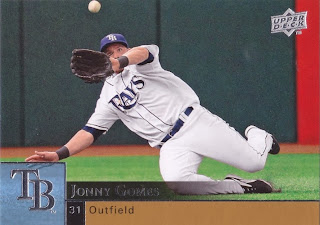 365 - Jonny Gomes - Gomes was Boston's so-called good luck charm in the playoffs and had a really dirty looking beard.

I think Nachos Grande bipped me with that Jay Bruce Card.