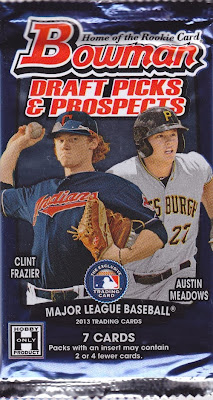 When did they make Bowman Draft a "Hobby Exclusive" product? This is just overpriced regular Bowman with slightly younger players, basically. Bowman can be really confusing. This is the one that includes cards of players from the current year draft, which also means the whole "look at the last line of stats to determine the card year" method totally fails. 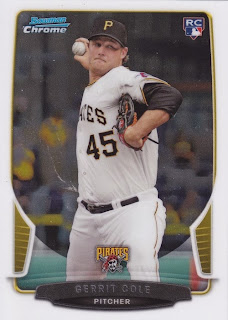 6 - Gerrit Cole Chrome - Cole is going to be really good. 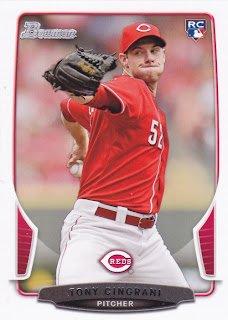 25 - Tony Cingrani - Cingrani was a 3rd round pick just two years ago and is coming off a strong rookie season. 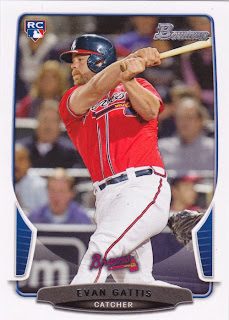 37 - Evan Gattis - Letting McCann walk seems like a brassy move by the Braves. They are counting on this guy to step in be productive (and cheap), but his story seems a little too weird for his production to be sustainable. 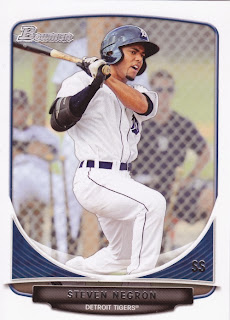 BDPP93 - Steven Negron Draft Picks - Negron was a 17th rounder. Topps managed to get ahold of a photo of him in action. 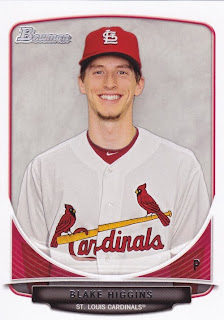 BDPP90 - Blake Higgins Draft Picks - There's something in this pack for me, after all. Higgins was taken in the 16th round, about 14 rounds after I stopped paying attention to the draft. 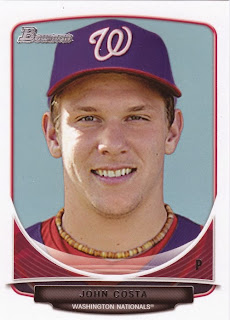 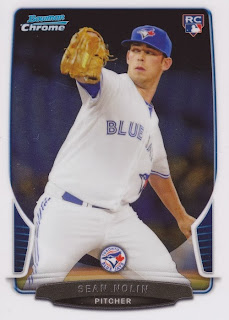 33 - Sean Nolin Chrome - Nolin had one appearance with the Blue Jays (I'm guessing it wasn't the one in the photo) where he retired four batters in a spot start in May. He was promptly returned to AA.

Actually that might be the photo from Nolin's one appearance. The stands look very similar to the photo I used for his card in Quarry Unlimited.