Written by JediJeff at 4:07 PM
Let's set a record here at APTBNL - posting a pack on the product's release date. I found this year's A&G at a Target last night. I bought a blaster and a 3 pack hanger. Let's scan a pack and all have the joy of ripping a pack on the first day of availability. 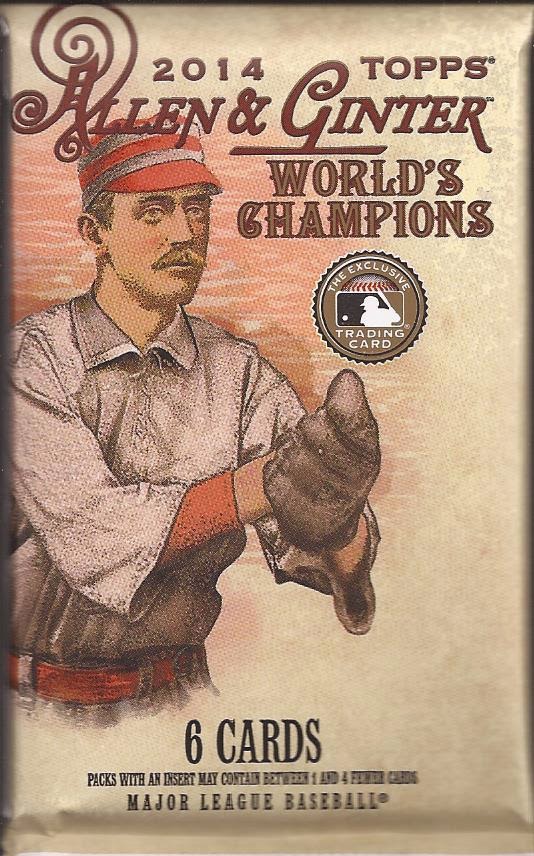 Standard ol' timey pack image. Well, except for the MLB logo on it. But we see Mr. Allen (or is it Mr. Ginter) ready to serve up what I am certain is a very doctored pitch. Look at that face - he cheats on his taxes. Six cards in the retail packs. 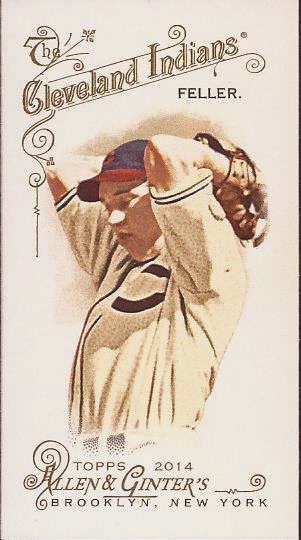 One of the 6 is a mini. Right off the bat - THANK YOU!!! It's a newer Feller image. The front has far more words than in past releases, but not as busy as the 2009 offering. Very swirly. The font color is goldish bronze. Overall, I like this release better than last year. 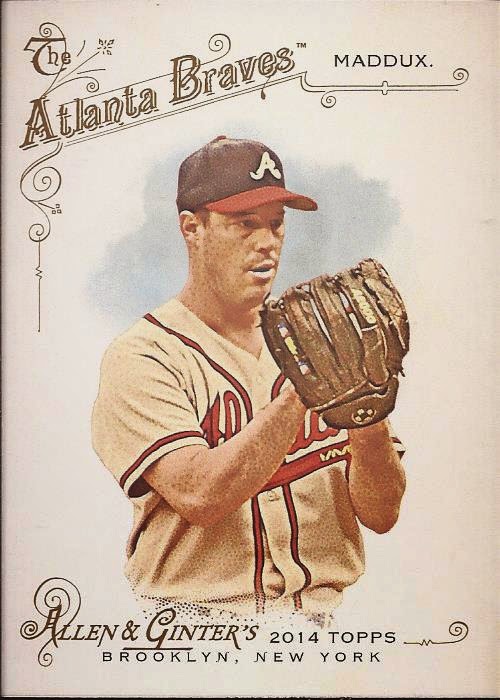 The usual appearance of retired players. Unlike the Feller, I think we have seen this before. Then again, it is Maddux - the guy was a machine. 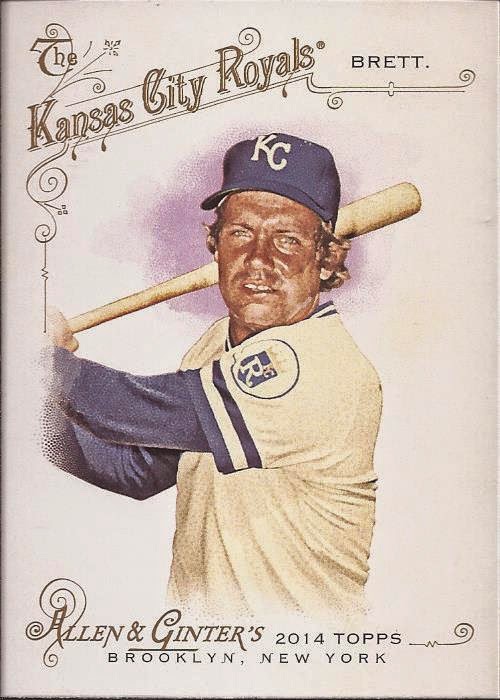 As opposed to the younger Feller, we have Mr. Brett later in his career. I wonder if they shopped out the pin tar? 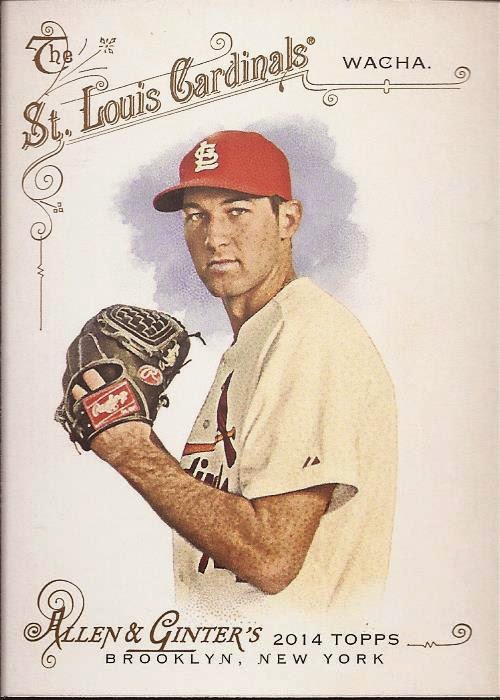 The only active MLBer in the pack. 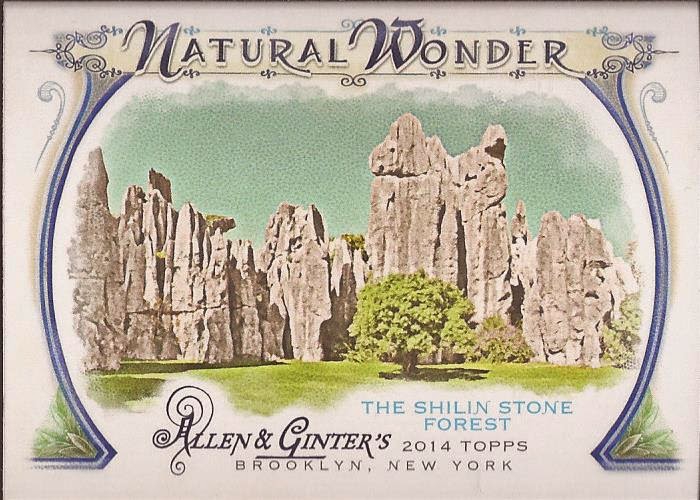 Of the 11 packs I ripped, only two did not have an insert. Insert sets are always well done with A&G. Pastime's Pastime, Festivals & Fair's, Air Supremacy, CO¿NC?DENCE - great as always. In fact - here's a bonus scan. I will admit, as a Sox fan, this is a pretty card.... 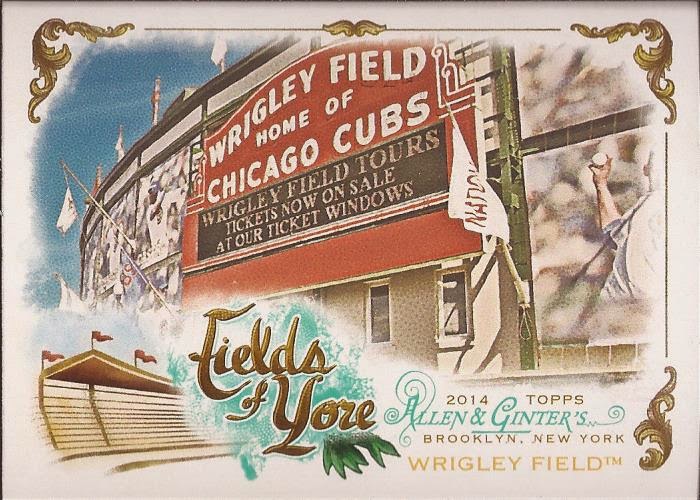 ....for the world's largest bar. Back to the pack. 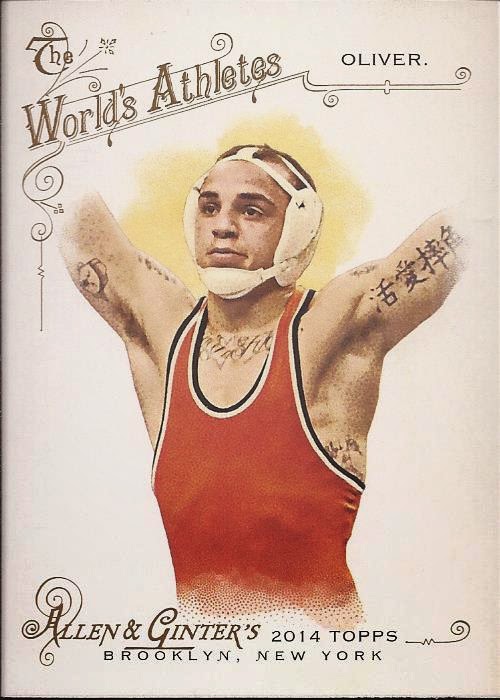 And the fun of A&G - non-MLBers. While I rail about the sameness of the backs of the Panini releases. 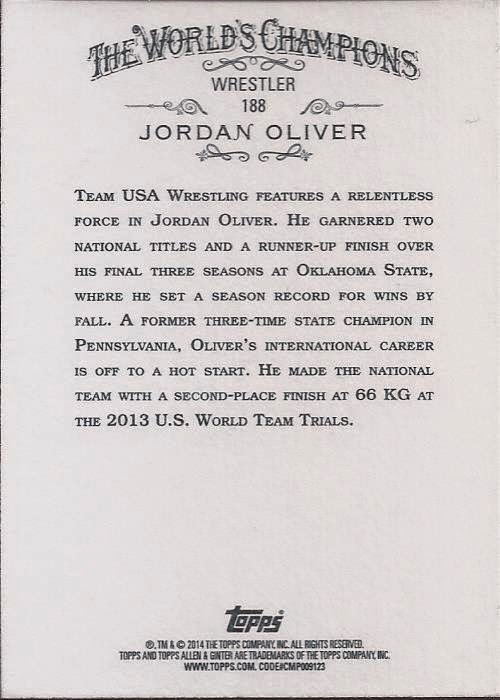 The same back year after year with A&G always makes me feel comfortable, like I just ate a nice homemade pot roast with potatoes. I had a bonus card in this pack. 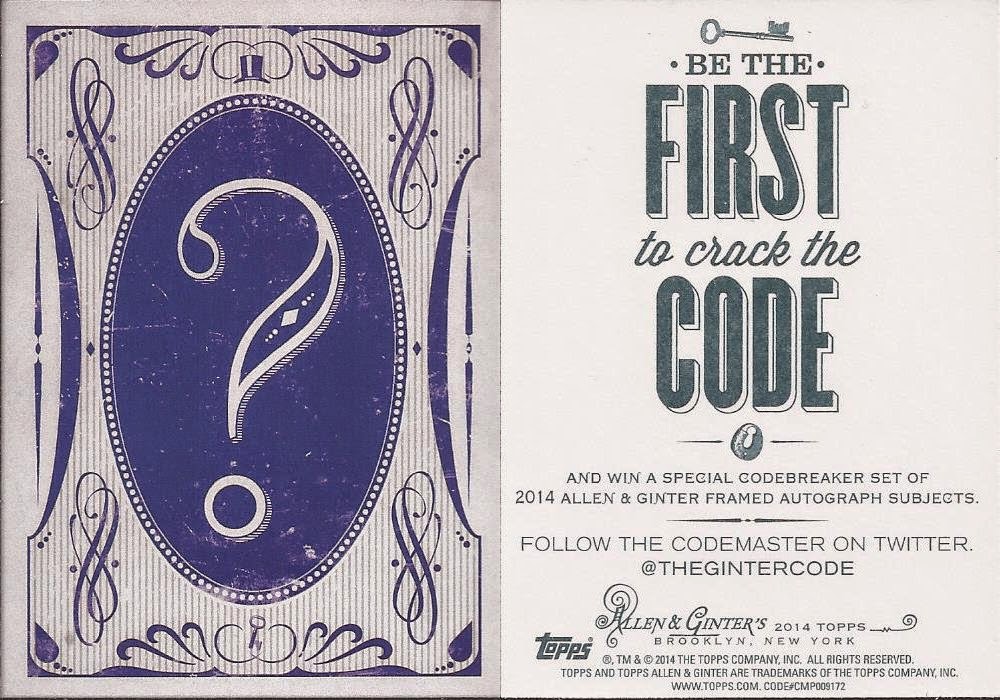 There is the front and back of the code breaker ad card. Who solved 2013? Anyone?

The Wacha is the same photo that Topps used for the Turkey Red set earlier this year.

I don't know if I can get into this set this year. The design is so busy. I'm sure it's not based on anything that was ever done before. I always liked the minimalist Allen & Ginter sets.