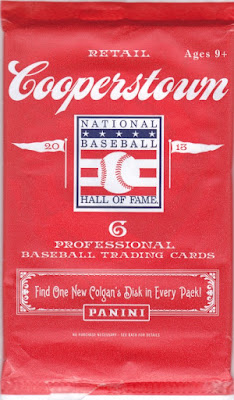 After digging through some repack rubbish, I think I've finally stumbled upon an unlicensed baseball release I can actually get behind. I've now opened four of these Panini Cooperstown packs and have yet to be disappointed, despite the lack of logos. Here's one of them. 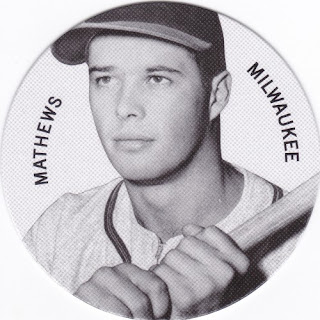 - Eddie Mathews Colgan's Chips - There's been one of these circular weirdos in each pack that I've opened. The original Colgan's apparently was a round gum that came in a round tin that contained a disc-shaped baseball card. I wish you could still get cards in weird ways (besides from weird people, that is.) 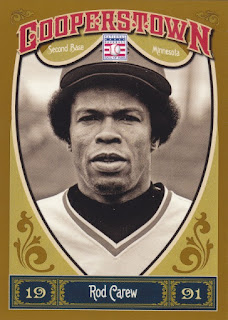 82 - Rod Carew - Here's the base design. It's not the best thing that I've seen, but the somewhat reduced size of the photo distracts from the logos being cropped out at least. 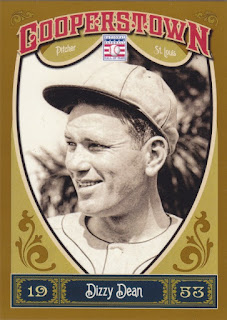 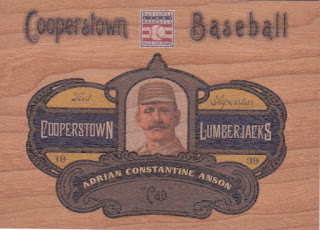 3 - Cap Anson Cooperstown Lumberjacks - These inserts have a wood finish to them and are really nice looking, despite their subject being reduced to a blip in the center of the card. 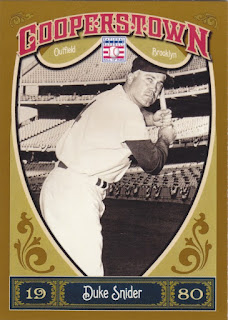 58 - Duke Snider - You can see that the front of the card indicates the year the player was inducted into the Hall. 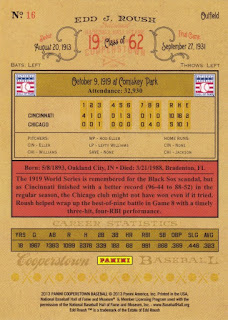 16 - Edd Roush - The backs of the card are nice and detailed, containing the line score of a notable game of the player's career, usually a World Series game.