Written by JediJeff at 5:53 PM
Here's a real oddball. You have probably seen the 20 pack TriStar Hidden Treasures baseball repacks. They always boast there is a pack of 1954 Topps or some other ancient wax hidden in a box somewhere. If you have ever ripped one, they are loaded with junk wax - FAR more junk wax than the Fairfield repacks from Target. I came across a hockey repack from with 10 packs and a Hot Wheels Zamboni and I had to buy it. Within were these custom 5 card packs - I got two of them, so here's one. 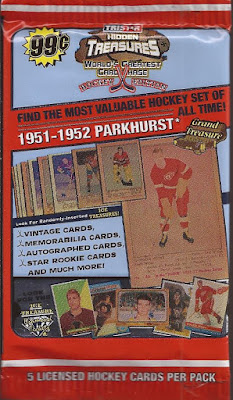 Again, if you know of TriStar, the pack should look somewhat familiar. The big deal with the hockey pack was the chance at a 51-52 Gordie Howe. I remember these were out many moons ago as a per pack purchase, which is why you see the 99 cents badge. I'll tell you know that you will not be seeing that being pulled from this custom pack. But maybe I get one of the others - vintage, autograph, memorabilia or star rookie. I can tell you none of the first three, and the 4th is subjective. Let's just have at it.

Oh, and since this is a repack, I scanned both sides of the 5 cards and combined them to one image. 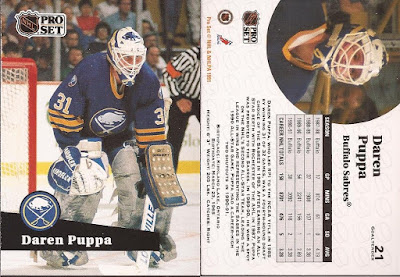 Ahhhhh Pro Set. These are a staple in the 100 card Fairfield repacks, but not in the pack repacks. Dig the old time waffle board blocker on Puppa. 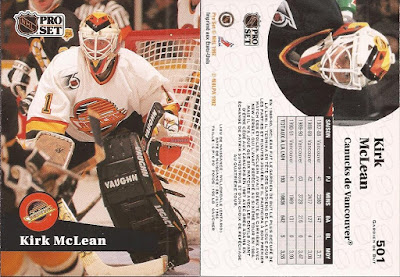 Pro Set squared. Vancouver brought back this sweater as a throwback the other day. It's nice they embraced their 70's and 80's look, but they should have gone full ugly with the flying V. 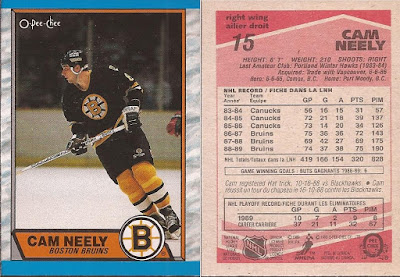 89-90 OPC. Cam Neely is a decent pull, though a couple years earlier would have been nice. 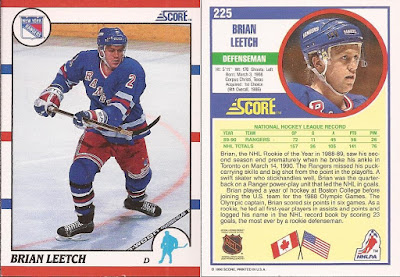 90-91 Score. I'm guessing this might be my star rookie. Can-Am version of the Score release, as you have the duel language and the crossed flags at the bottom. 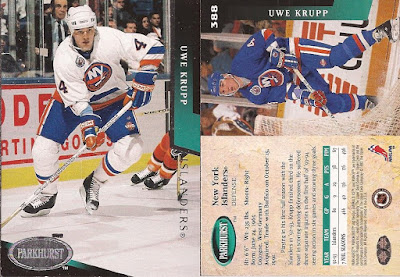 93-94 Parhurst. Soooooo 90's with the marble background. Krupp bounced around a bit but was a solid blue liner with Cup rings on two fingers.

Now, I mentioned the fact that I got two packs of this custom 5 card only because I had to share something from the other pack... 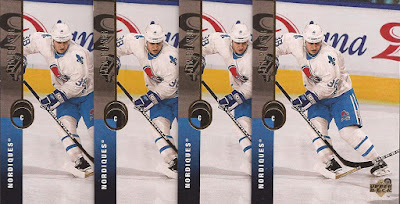 I bought a box of this once out of curiosity, I had very low expectations but the box fell even below that, condition of the cards was horrible, figured there might be one or two "vintage" cards but all junk wax. Never again.

You'll have to lmk about the custom "repack" I have here for you. waiting on you to email your address. (I misplaced my book that I kept addys in).