Written by JediJeff at 6:00 PM
With just three years of a run, Panini's Golden Age set never got the got enough time in the marketplace, which is a shame because it is one of my favorite sets. We have seen the 2013 edition, and I'll need to grab a pack of 2014 to post here. 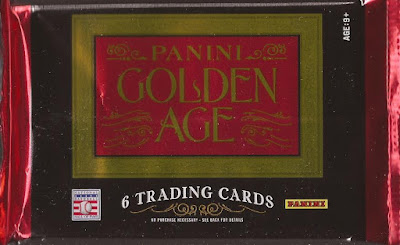 As I mentioned, Golden Age only existed for 2012, 2013 and 2014, so this would be it's inaugural release. The packaging for the cards changed in colors during it's 3 years, but the base design was the same. For those that never ripped Golden Age, think Allen and Ginter with more Americana folks than sports folks. Sure, of the sporting people, baseball beats out the other types of players, but Golden Age is television, movies, music, politics - you name it. Six cards in a pack and you can pull on card autographs and relics that span the globe. 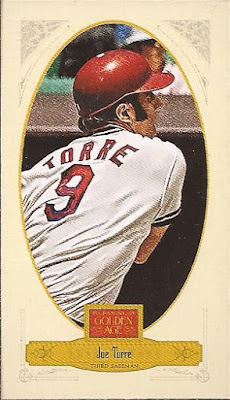 Not sure why I scanned the mini first. It may actually be the first card out of the pack. In fact, it must because I prefer to scan in the order they are pulled. No logos for the baseball players, obviously, so you get some interesting angles in some of the images. 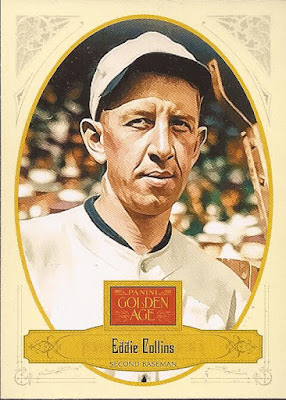 There - must easier to see the design. Set logo just above the subjects name. Their career just below that (or position if you are a ballplayer). All photos are in color, so Mr. Collins here has been colorized. Decent job with that. Nice old time feel to the layout and the cards are chipboard cardboard, so great old time feel in hand as well. 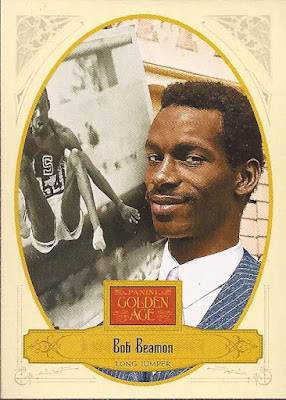 Bob Beamon, who held the long jump record of 29ft 2.25 inches for 23 years, still the 2nd longest jump in history. 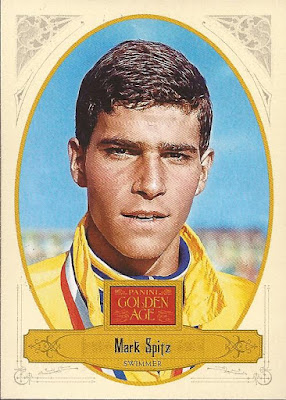 Mark Spitz, he of 7 gold medals in Munich. Pictured here, however, without the mustache that made the ladies swoon. 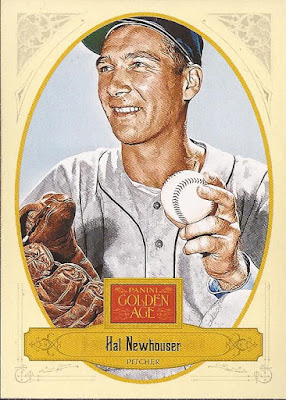 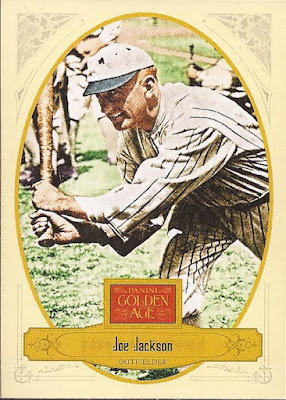 And the final card is Shoeless Joe Jackson. You notice I have two of the eight Black Sox. The 2012 release had cards of all 8 permanently banned members of the 1919 White Sox. 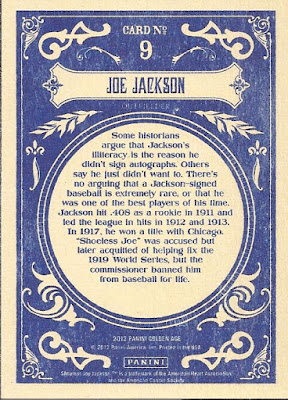 No stats on the back of Golden Age. Just a bio about the person on the front. 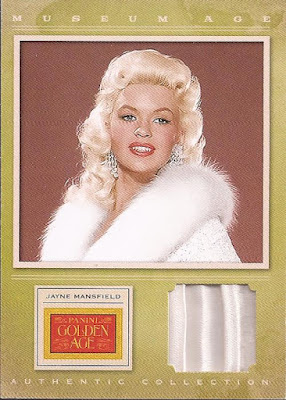 You get two hits per box, one auto and one relic. I cannot complain about this hit, as it is a swatch of blonde bombshell Jayne Mansfield. You can never be sure where any relic is from nowadays, but the 12 year old boy in me likes to believe it was from this dress. 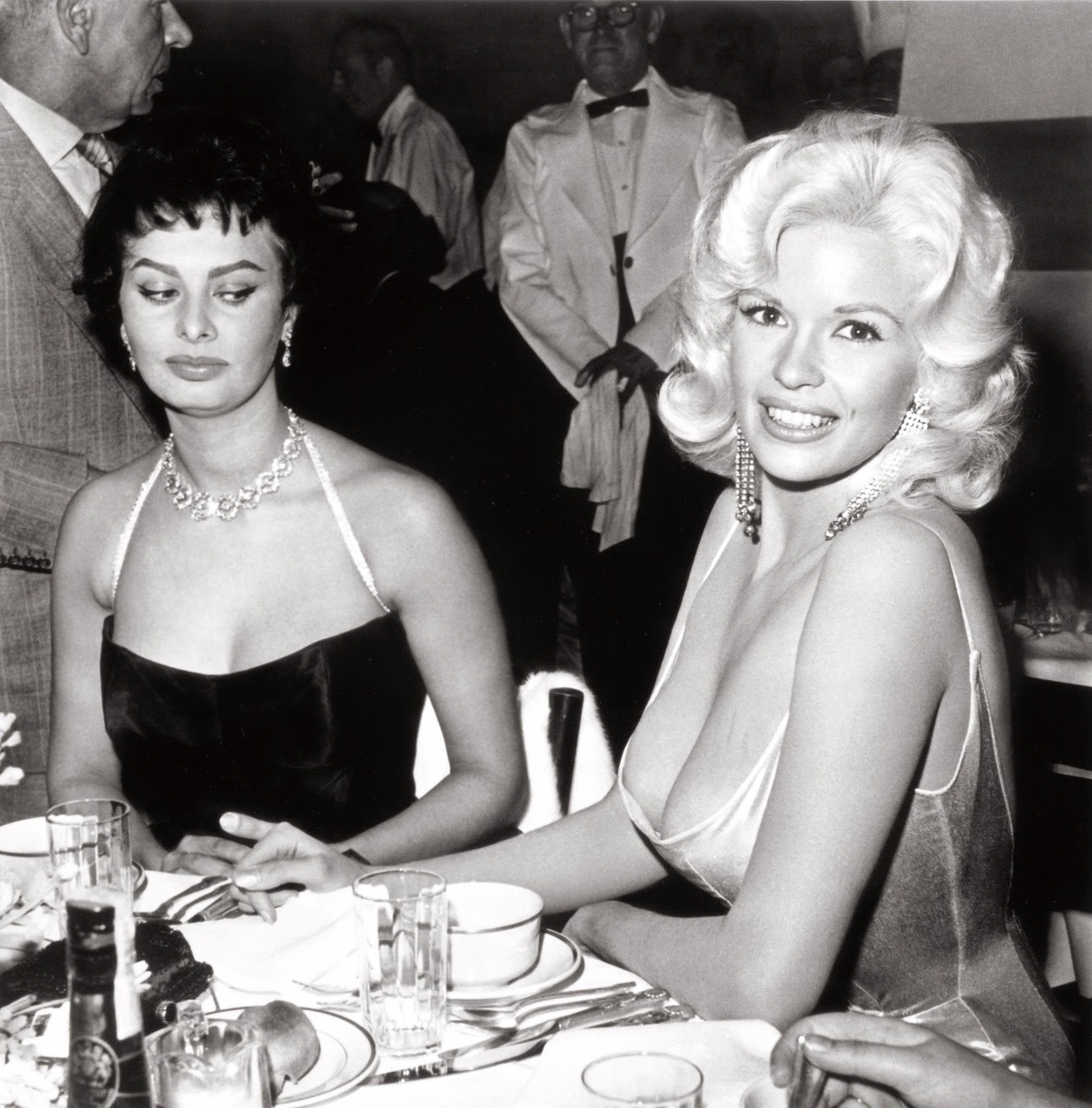 Looks like the other girl in the photo likes the same thing.