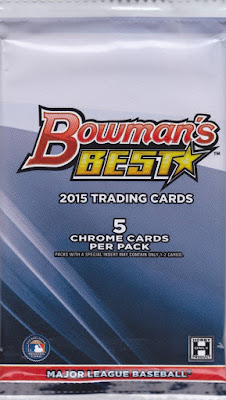 I picked up a pack of this hobby-only release as part of the @thelootlocker Februrary box. These were included in the first month that I subscribed (January) as well and realized I was a big fan of this set. There's no way I'd ever try to complete it, but the cards are nice to look at at least. 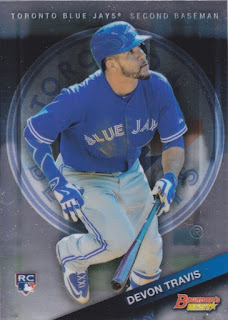 54 - Devon Travis - It seems like there's a Devon Travis card in every 2015 pack these days. Not sure why. Either that, or I get him and Dalton Pompey mixed up a lot. 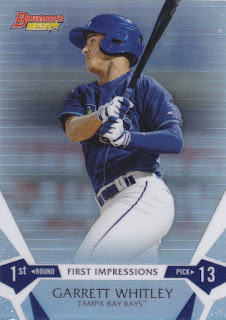 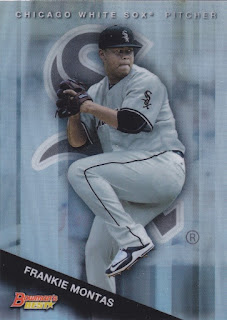 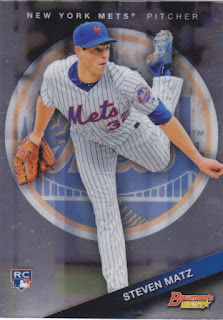 92 - Steven Matz - We know about Matz because of the Mets unlikely playoff run last season. 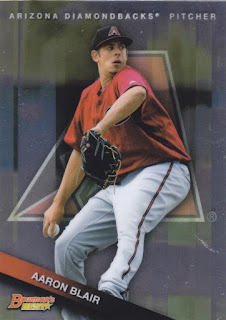 TP-43 - Aaron Blair Top Prospects - Blair was one of the prospects the Braves acquired in the Shelby Miller trade.