Written by cynicalbuddha at 11:51 AM
Donruss is back for another year.  Will Panini surprise us with a Series 2 like they did in 2014 or not bother like they did last year?  Who knows?

While I was out shopping I notice they had both the jumbo rack packs and a box of regular retail packs.  The retail packs were $2.99 for 6 cards, the jumbo was $4.99.  I think we can all see the reason I picked the jumbo pack.  Plus in the jumbos you pretty much get one of each insert also a big selling point.  Lets have a look. 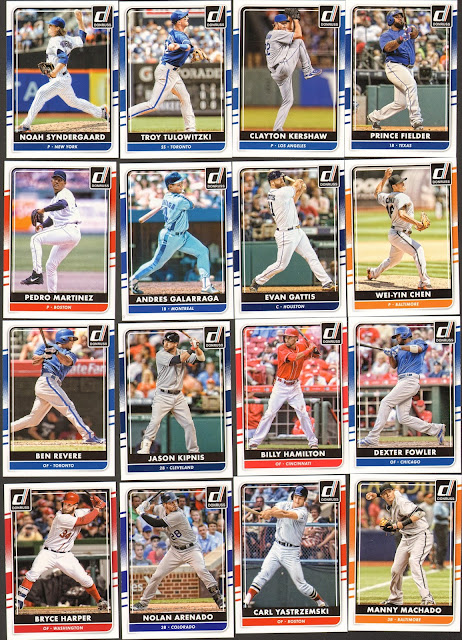 Once again Panini does a great job recreating the boring borders used by Donruss in the 80's.  Like years past there is also a smattering of retired and HOF players mixed in the checklist.  195 cards in the set seems like an odd number, why not just bump that up to an even 200? 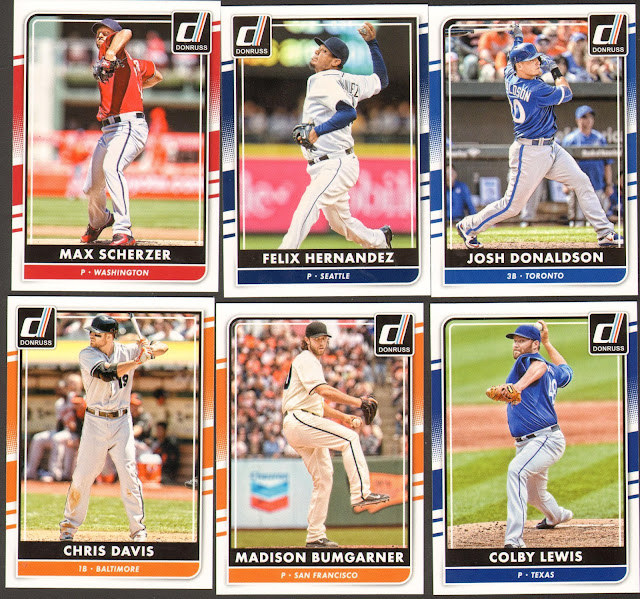 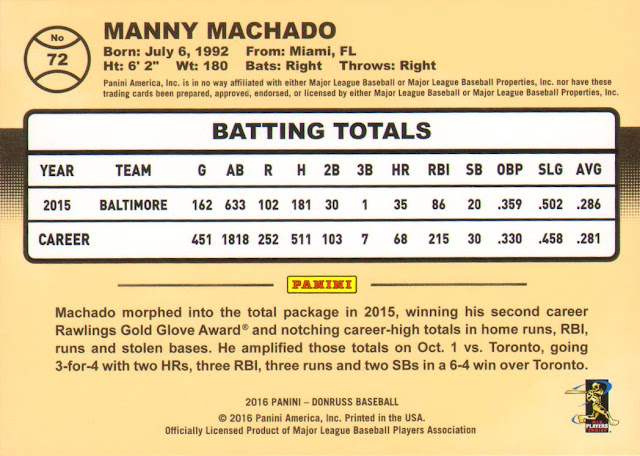 Like years past Diamond Kings and Rated Rookies are numbered into the base set and both are short printed again.  But it looks like you do get one per jumbo pack.  The first 30 cards in the set are DK's and the next 15 are Rated Rookies.  I ended up pulling the Bison and the other guy they're excited about in Chicago. 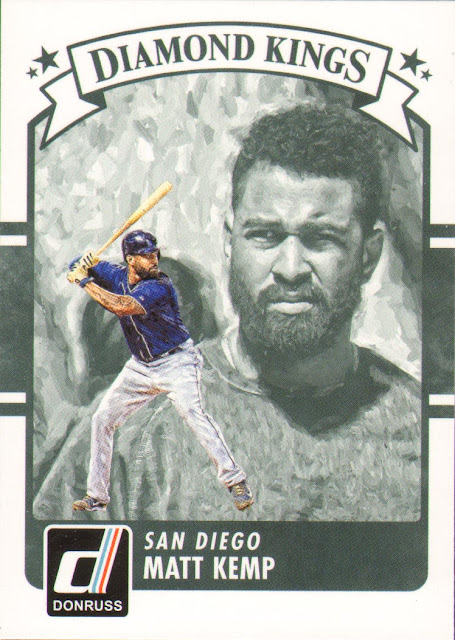 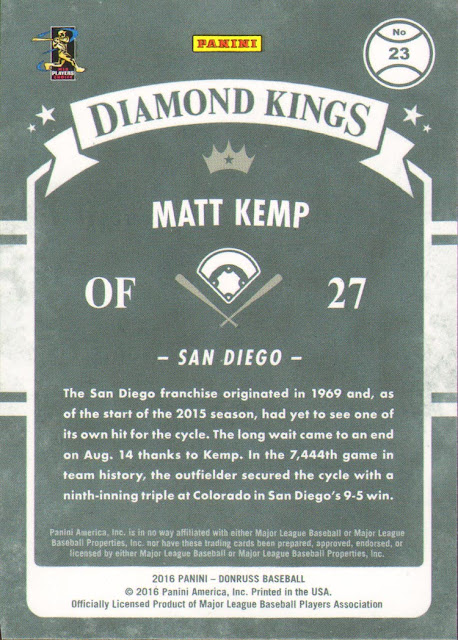 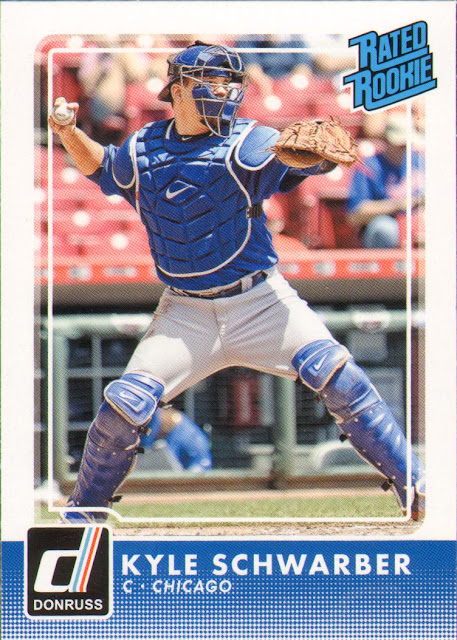 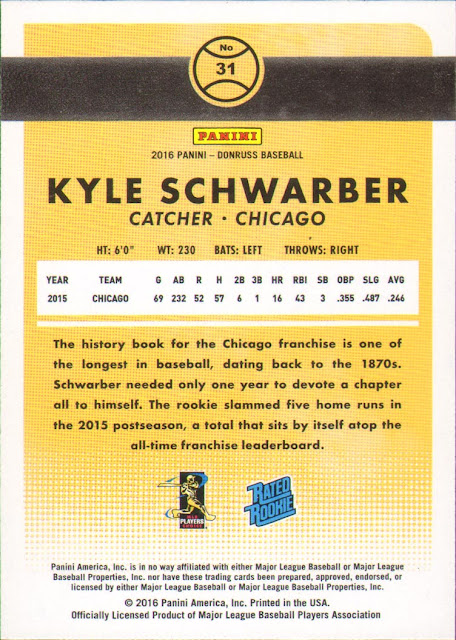 The one thing Panini sure didn't do was shake things up.  Pretty much all the inserts they brought back for the 2014 and 2015 releases are featured in this set again. 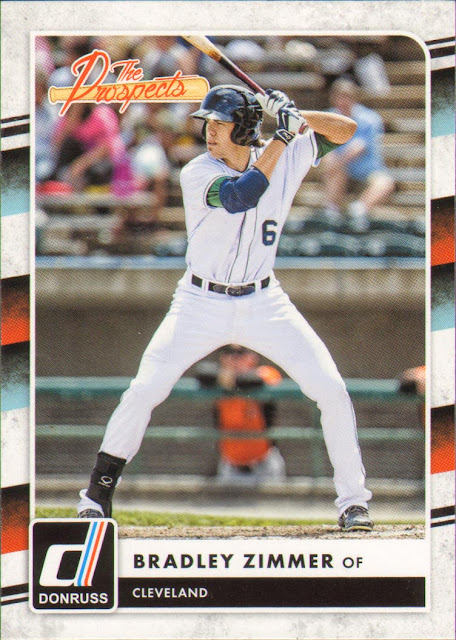 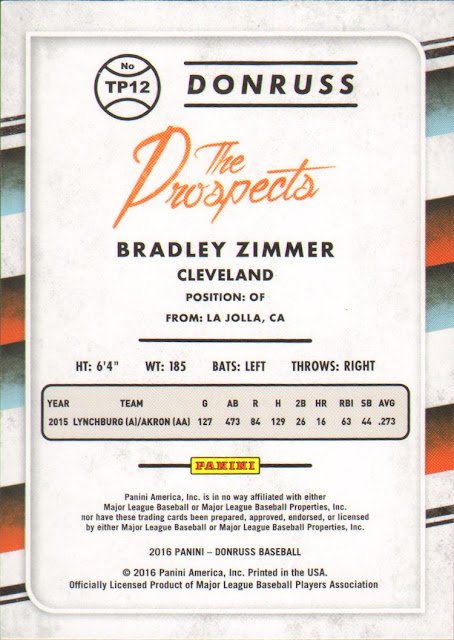 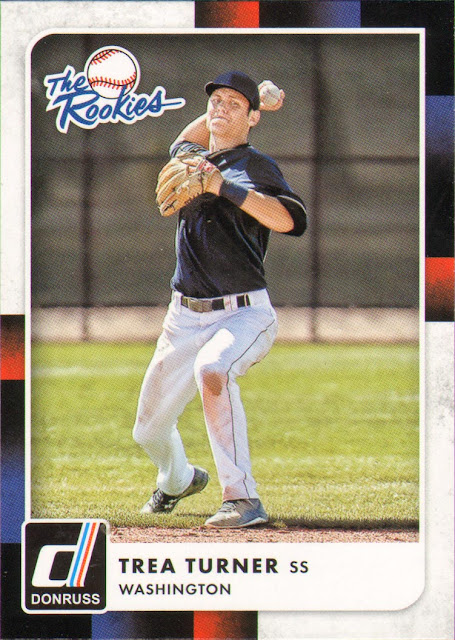 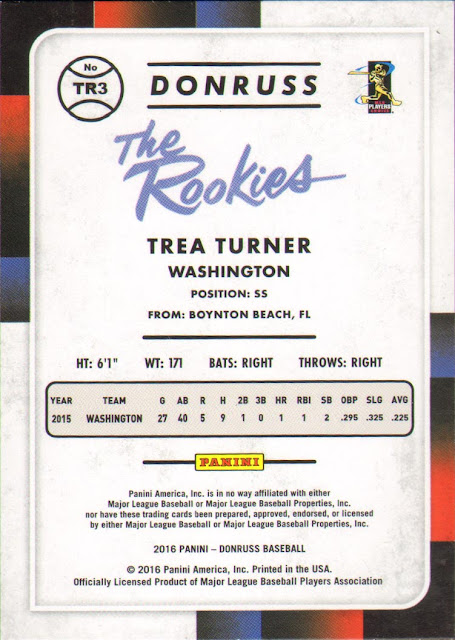 Studio.  Huh this guy again.  For some reason I'm a fan of the Studio inserts.  Maybe it's because Panini really doesn't have to do any airbrushing or color changing. 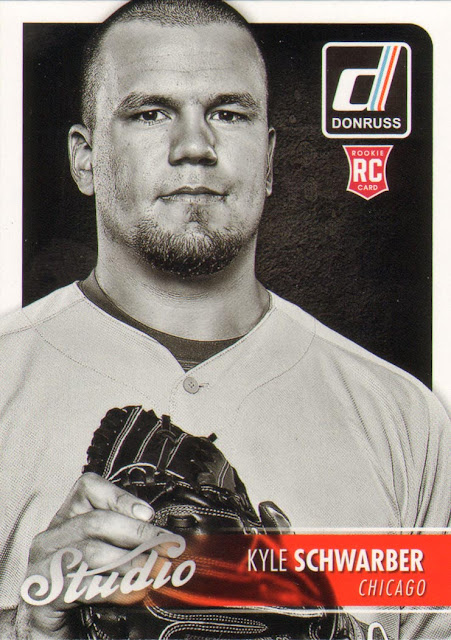 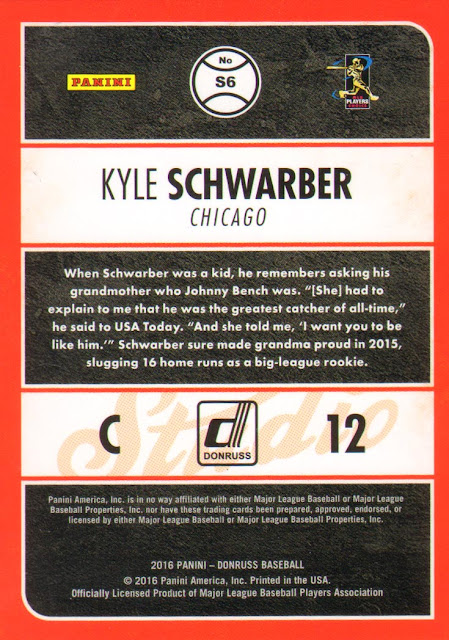 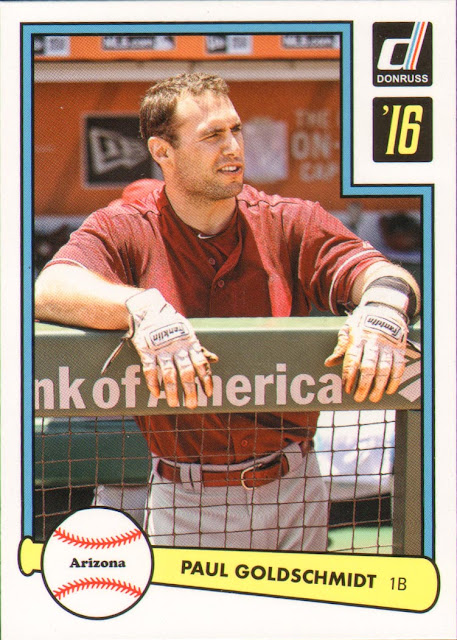 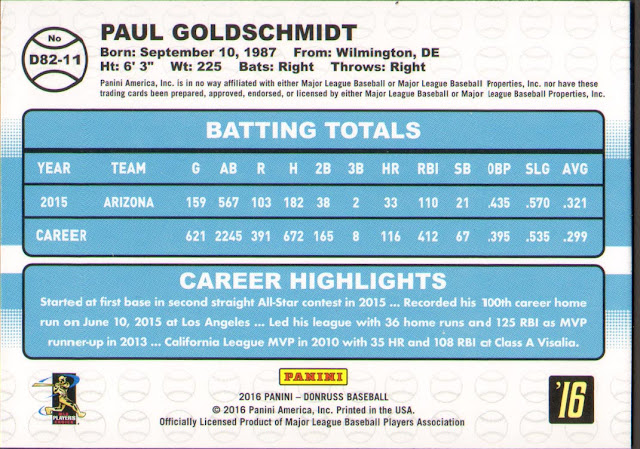 Like all major releases there are plenty of parallels to find.  I ended up pulling a nice bubblegum pink D82 Trout.  Not too shabby. 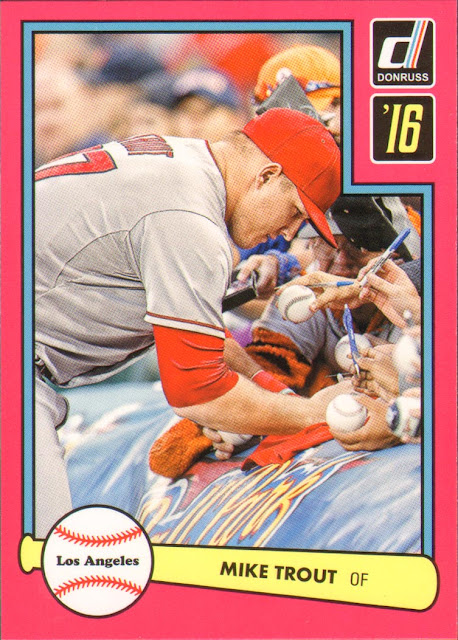 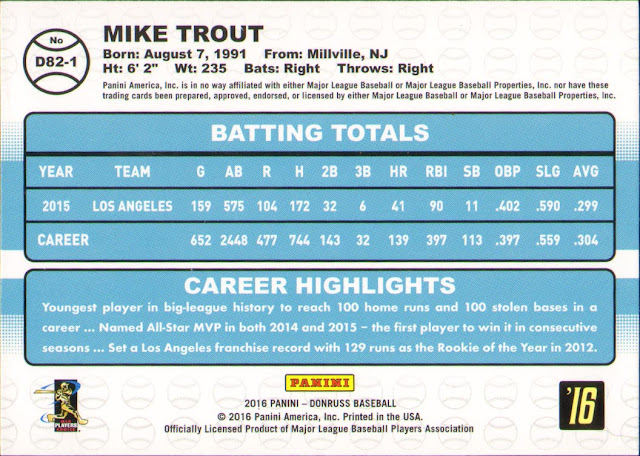 When I buy retail I'm not looking for hits.  They are few and far between, but it's always nice when you find one.  I had to go look up Snell here.  Blake has won some pretty significant minor league awards the last two years and was promoted to the Ray's 40 Man roster this year.  And from what I've read is a promising young talent.  Plus that's a decent size swatch. 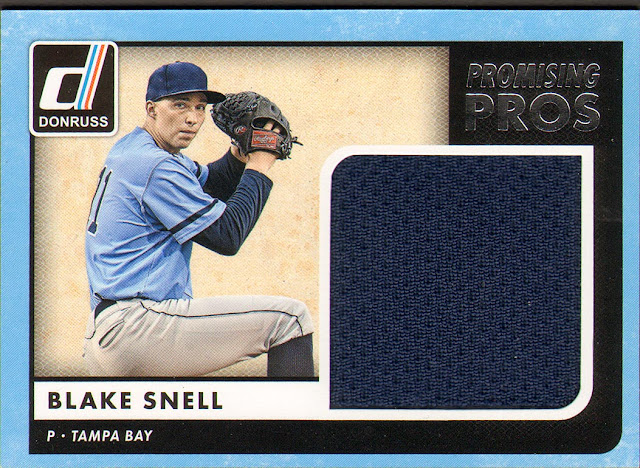 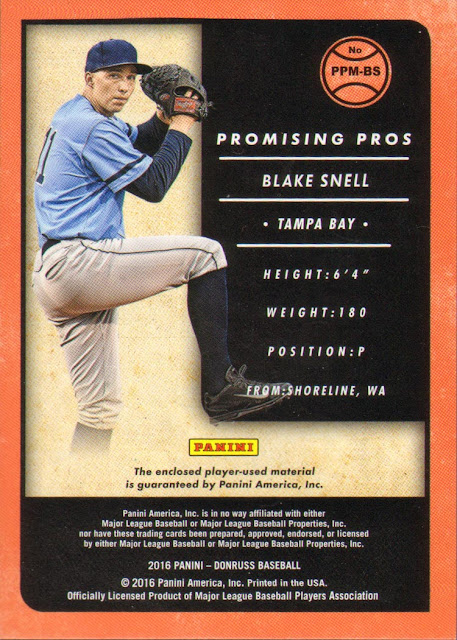 Blake Snell might be THE top lefty pitching prospect in the minors right now. Nice pull.