Written by Billy Kingsley at 5:53 AM
I'm always looking for oddball and obscure stuff for my collection (and, naturally, to post here, too!) and while I was at my local Target I saw a box of these sitting on the shelf. I had to get a pack to post here if nothing else.

Enterplay is a card company on the fringes of the hobby, making sets mostly targeted to the extremely young- 10 years old and younger. They do mostly licensed and oddball stuff, and this falls into the latter.

Each pack contains 3 cards, 1 tattoo, one sticker, and one pop-up. 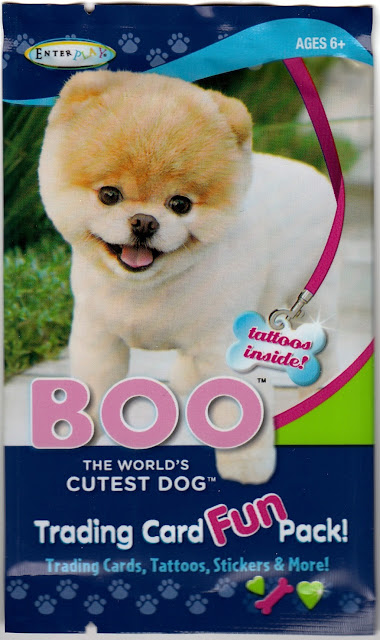 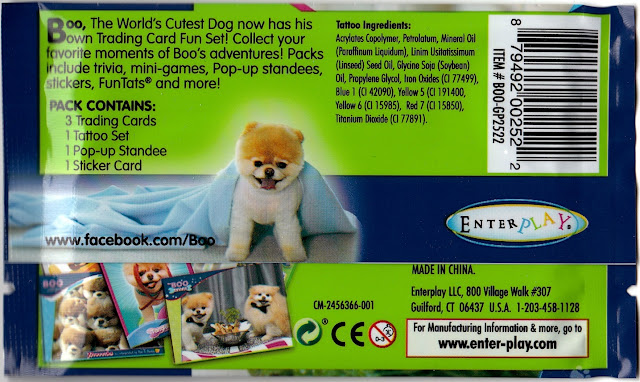 Here's the pack. They use an usual design on the packs- somewhat hard to open without damaging the cards.

The three cards you get, all in numerical order out of the pack: 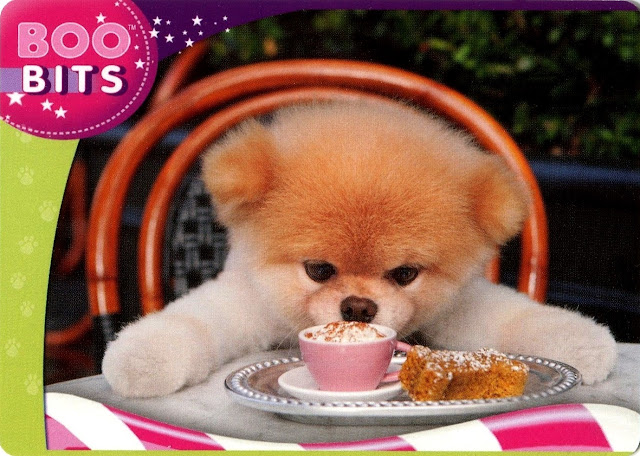 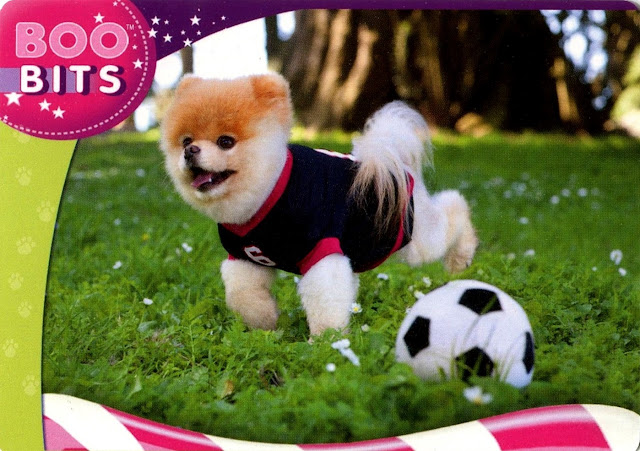 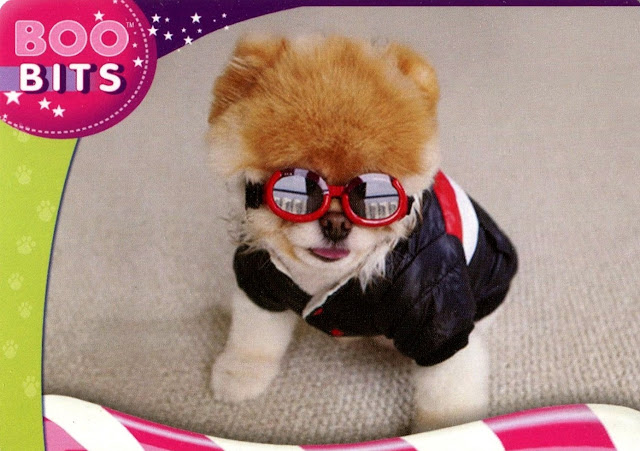 the cards all have rounded corners. It's apparently a male dog yet the cards feature pink prominently. 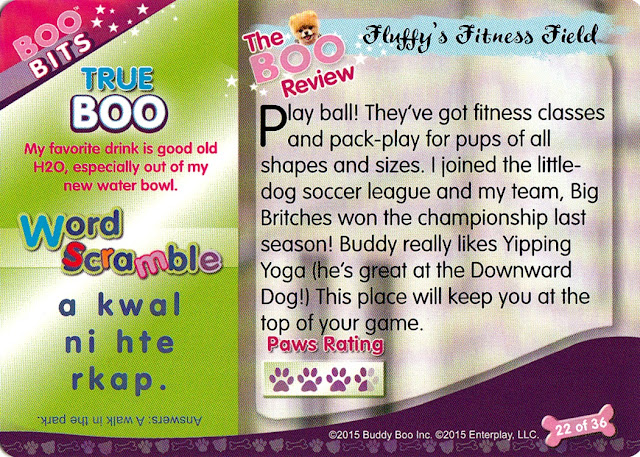 Here's a card back.

Here's your tattoo, which they call a FunTat. It's more creepy than fun, in my opinion. 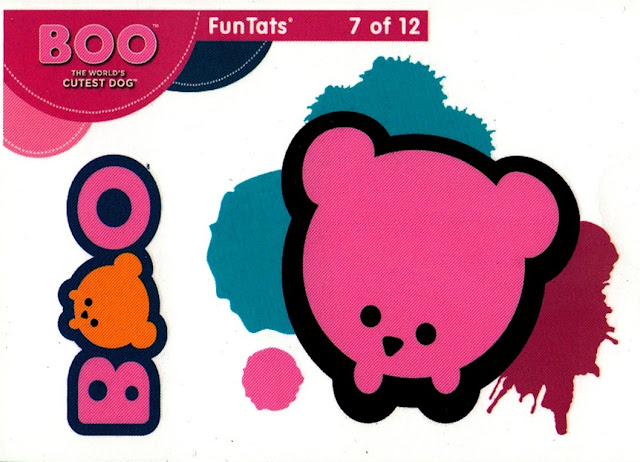 Note again the high pink content.
Your stand -up-have not seen cards like this since the 1990s when they were a fad for some reason. 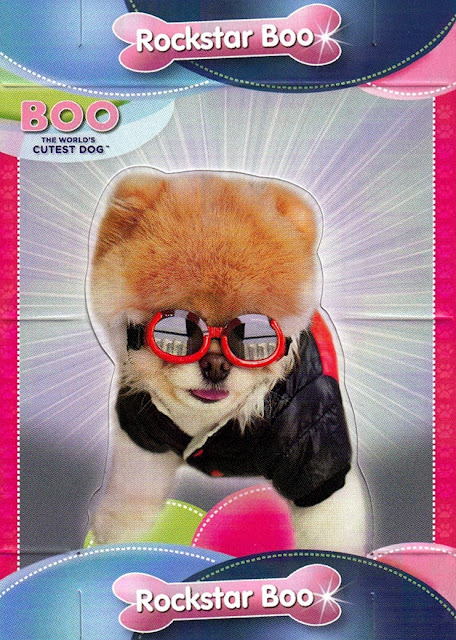 And your sticker, which has a blank white back, and immediately  after opening the pack, it curled right up. It's actually three stickers, not one big one. 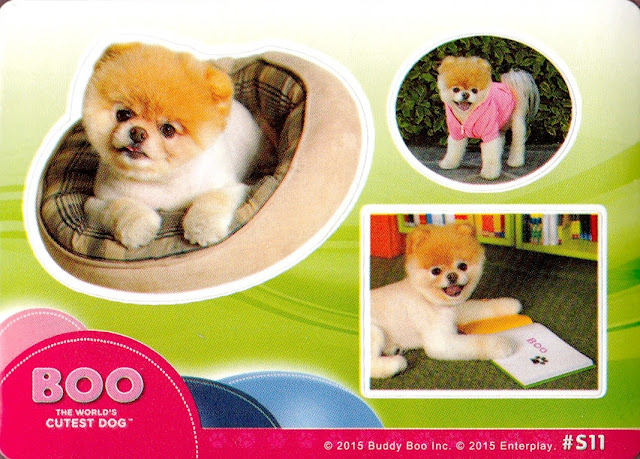 And that's your pack. Since I'm not an 8 year old girl, nor have I ever been, I'm not really the target audience for this set, but I'm glad I got the pack if for no other reason than posting it here.

I'm also unsure if this dog won a contest or is self-proclaimed World's Cutest.

Either way, this is the first animal set to come out since I believe 1992, so there's that going for it.

Boo has his own facebook page and yes, he is a real dog. He had been left to be euthanized at an animal shelter and was rescued....at least that is the story on facebook.