Written by Jafronius at 4:00 PM
Greetings!

Hope everyone is having a fun weekend.  I've scheduled the Blogger to post this pack at the start time of my brother's wedding.  If it works, you all would be reading this while I'm standing up watching him say his "I do's".  He's the last of the siblings (both me and The Wifey's) to get hitched...should be good times for the family.

Our resident Jedi called the APTBNL staff out for not posting any 2016 Stadium Club yet, but then posts a hoity-toity Hobby pack!  Proclaims that you get the bonus cards over the retail release, he does.  Well, us lowly retail shoppers have options...it's a 2016 Topps Stadium Club Rack Pack! 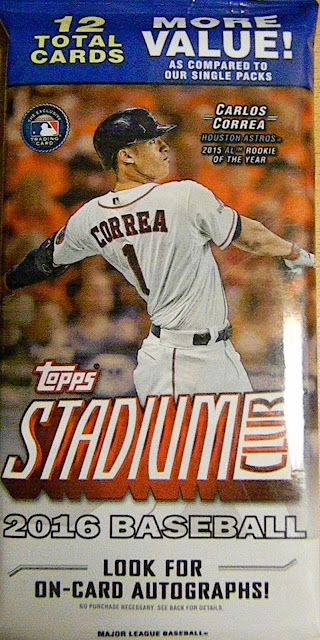 Take that Hobby!  12 cards in the Rack Pack puts you back $6.  Certainly the more cost-effective purchase for this set, when compared to the retail packs.  300 cards in the set (here's the checklist); let's see what I got: 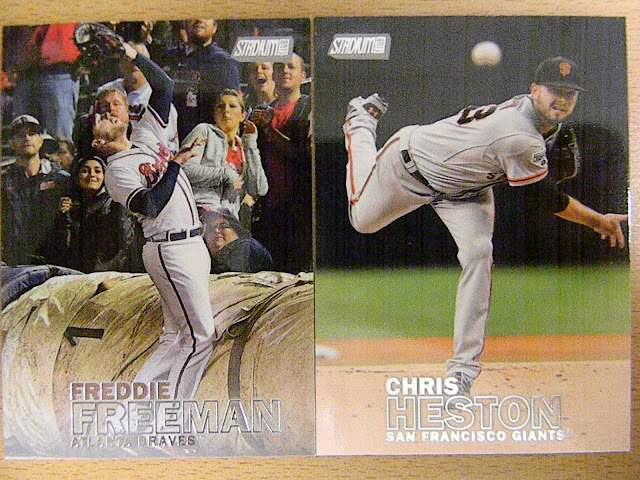 Nice Freeman shot to start us off.  I wonder what's going on with the lady at the top right, under the Stadium Club logo.  Everyone else in the shot is either concerned or nervous, and she's all-a-smiles.  Perhaps she was rooting for the other team and was shouting something to break Freddie's attention. 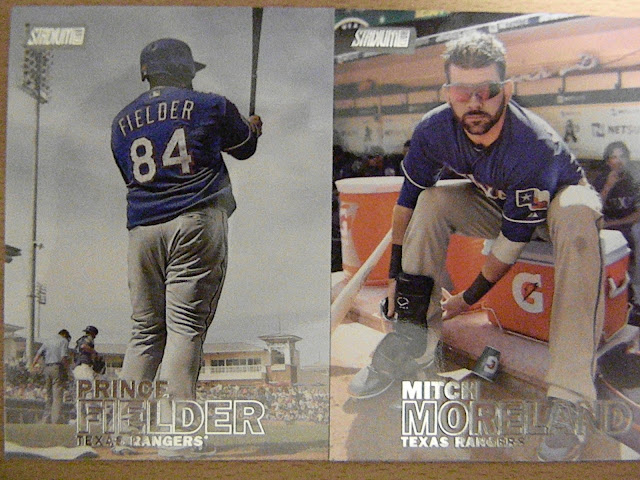 Back to back Rangers for the next two cards.  Sad to see Prince end his career after the docs wouldn't clear him for baseball activities after his second neck surgery.  Odd that he finished with the same number of homers his dad smacked. 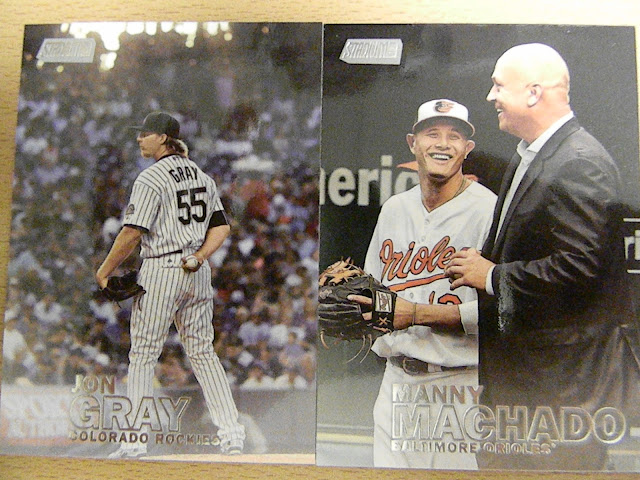 I have no problems with the design of this year's set.  As for the Jedi's comments on the shots chosen for the players being more common than last year, I'll take that as a warning and see if the trend continues in future sets. 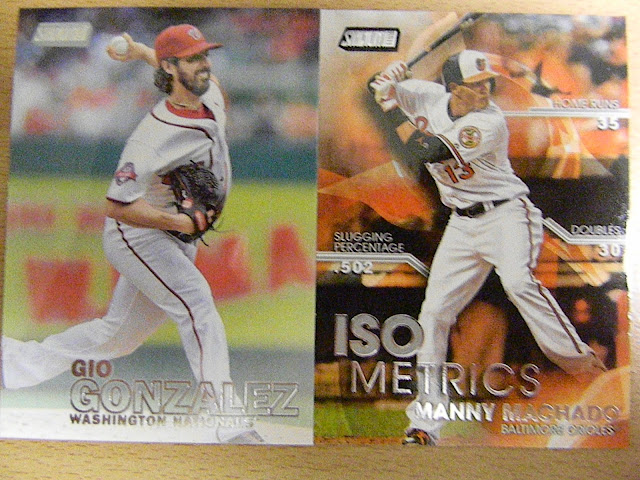 It's a Manny hot pack.  The ISOMetrics insert comes 1 in 8 packs. 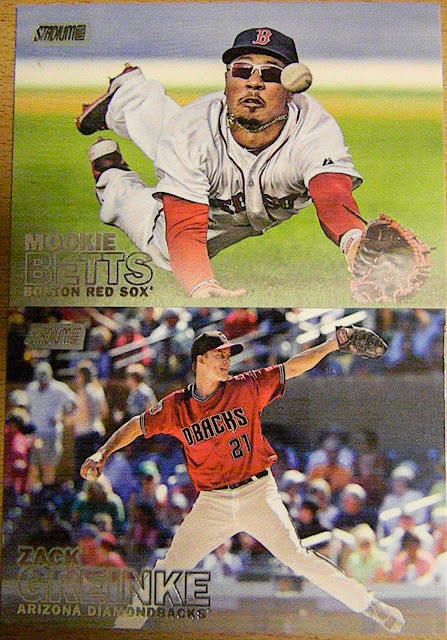 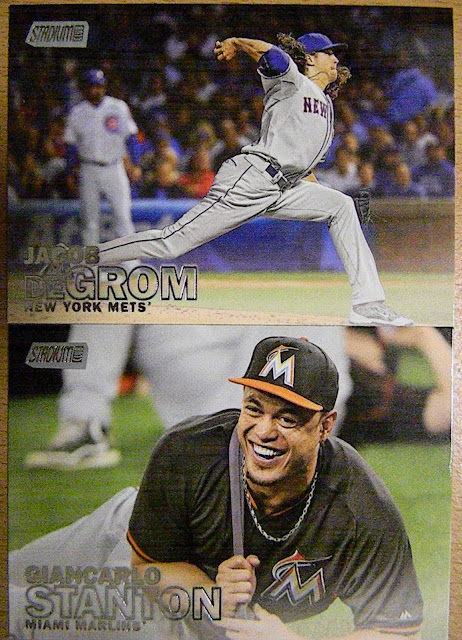 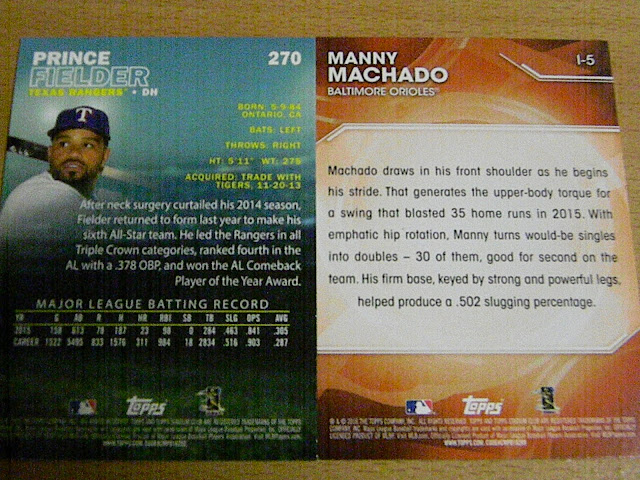 Anyway, that's the pack.  Enjoy the rest of the weekend (I better be).  Thanks for reading!

Yeah - there is something nice about having a dozen or so card shops within a 50 mile radius.

And I LOVE that Freeman photo for almost the reason you pointed out. I prefer the look on the woman center of the card. She is so far away from the play but over the top scared. I want to track her down and get a TTM on that card from her.

I can't stop looking at that Jon Gray card. That uniform looks fake.