Written by Billy Kingsley at 4:35 PM
Us NASCAR fans have had a long wait since the last issue was released. Press Pass, which had the exclusive license since 2001, went out of business in January 2015, releasing their last set in November 2014 (calling it a 2015 set). Since then...we've had nothing.

Until Today! Panini acquired the NASCAR license in February, and the first product finally hit the store shelves on August 4th, 2016. I preordered a box and it arrived today, so I thought I would give you the contents of the very first pack. It wasn't my best pack of the box, but as the first I felt it should be remembered.

The hobby box gives you 20 packs of 4 cards each. Every pack has something non-base in it, usually a Prizm parallel. 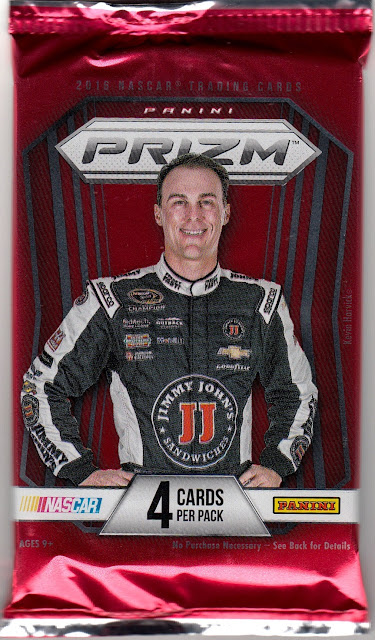 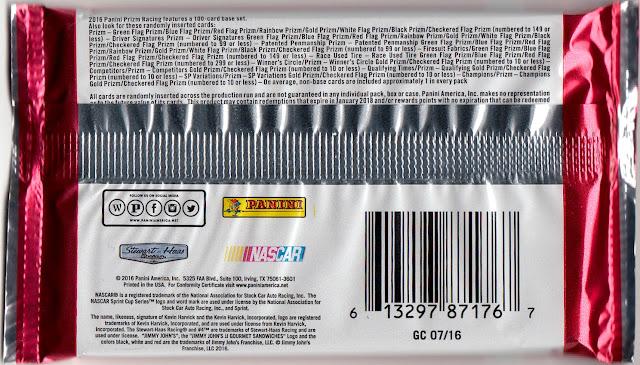 As is typical for Panini, no odds are given for any of the inserts or parallels, of which there are a few.


Keep in mind, these Prizm cards are all chrome/finest style, so they don't scan all that well. 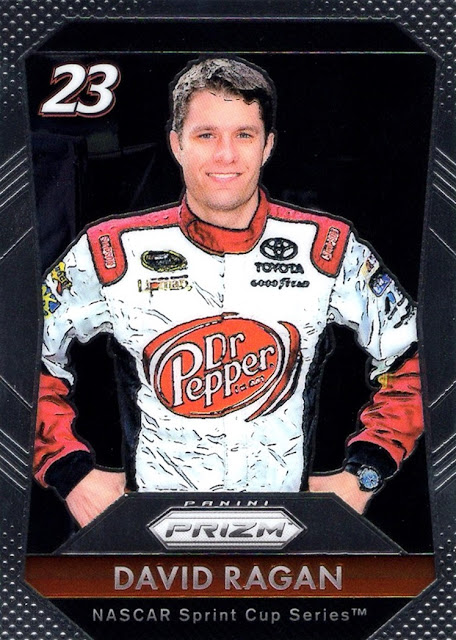 Card #12, David Ragan, was my first card out of my first pack. I pull a lot of his cards. Not sure if they make more of him, but for a while every single blaster I opened the relic was him- 4 in a row, I think. That may not seem like a lot but for us NASCAR collectors, that was more than a year of retail blasters. 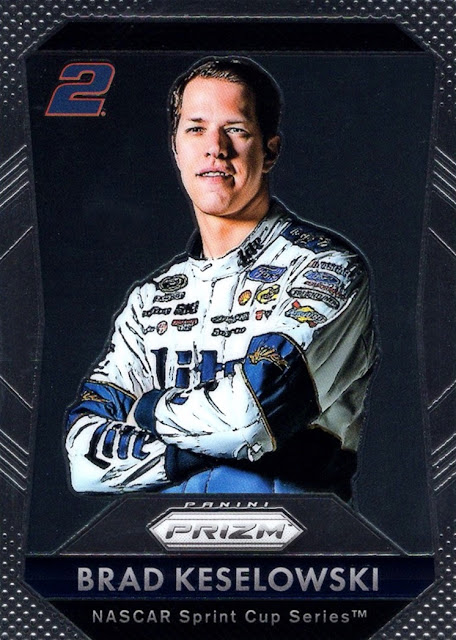 Card #2, Brad Keselowski, was the second card out of my pack. I'm glad to see Panini did not censor the cards. They did remove Budweiser from the Harvick cards but that's on Bud, not Panini. 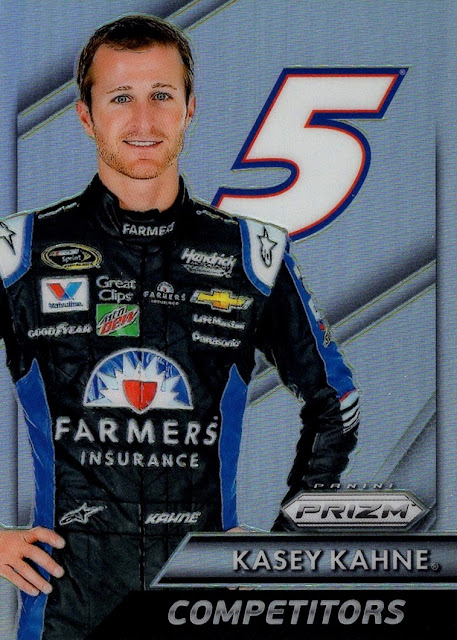 The fourth card in the pack was actually a parallel of an insert. The Competitors insert is the least impressive of the inserts, mostly because the majority of cards in the set are staged photos from the photo shoot they do every year at the start of the season, and these are as well. But this is a Prizm parallel of the insert, one of two I pulled from the box. The Prizms don't actually scan well- about the only thing that keeps them from being the same as a Topps Refractor. This is the first set in NASCAR history to have the Prizm/Refractor technology used. 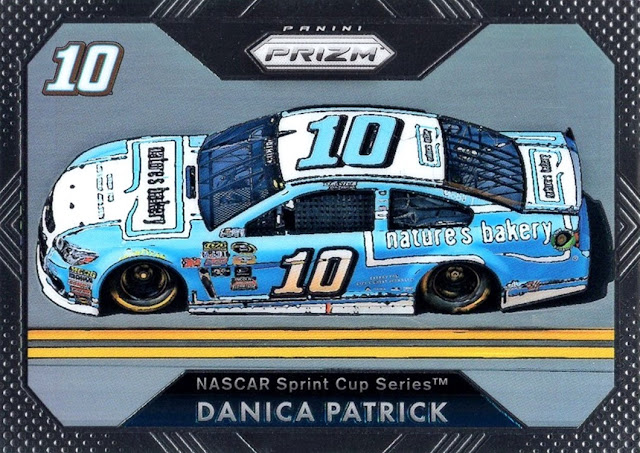 Final card in the pack was Danica's car. I'm REALLY glad to see Panini include car cards, as Press Pass never really grasped the concept that a NASCAR set should have cars. What I'm not too happy about is that most of the car photos look like they've been sent through an Instagram filter, they have definitely been messed with. This is one of the better ones, least messed with.

Here's a card back.
(not from this pack) 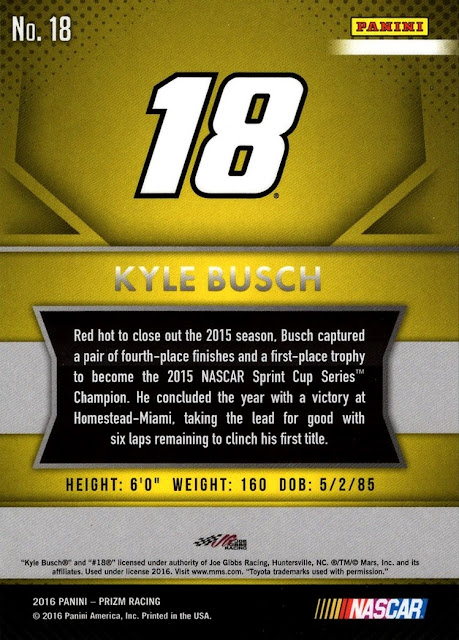 I'm somewhat disappointed with the back of the card. There's no career stats at all, not even the last year/career totals, which is what I expected as that's what the Prizm NBA set of the same design had. There's no home town, which I expected as Panini has never bothered to include that. What I do like is that they show the team logo. For some reason most NASCAR sets never bothered to include the team, I have never been able to figure out why. This is, in fact, the first non-team promo set to include team logos, I believe. (some did have it in text form) I could be wrong- I've got every NASCAR set in my collection, but the memory isn't what it once was.

Overall, I'm pretty happy with the box I got, and with Panini's first effort. I hope it gets better from here, but I'll probably keep buying them anyway. I love NASCAR, and I love cards, so how could I not, really? There will be a full box review on Cardboard History in a matter of moments, also.
Thanks for reading

IS it just my eyes, or are the images manipulated a bit to make them cartoon-y? Seems like they have some shading to them. Then again - Prizm + scanner. So it may just be the scans.

They have. That's what I referred to as the Instagram filter