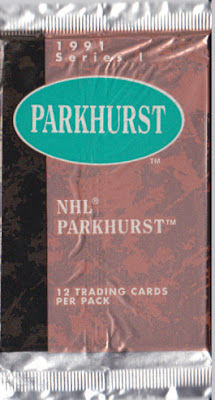 Parkhurst produced one of earliest hockey cards in the hobby. They got back in the game giving their license to Pro Set with this debut set. This is series 1. Let's open this pack. 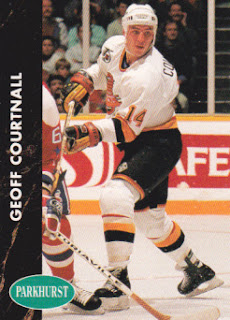 186 - Geoff Courtnall - has premium feel with crisp photography. The player's name lined sideways on the left with a logo at bottom. Back of card has picture of player's head with stats of their career and small material along Parkhurst watermark. You know what's missing? Team logos. 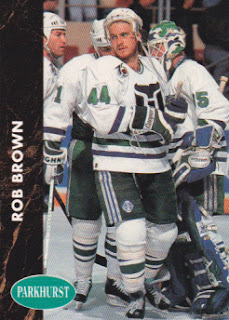 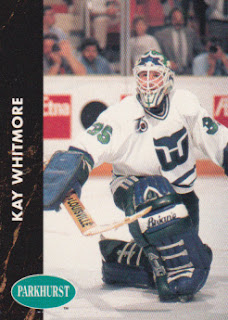 58 - Kay Whitmore - strangely one of cards pictured on wax box and above Hall of Famer Larry Robinson. Had journeyman career and known for allowing two goals from half rink distance both from Bill Houlder in back-to-back AHL championship games. He's currently working for NHL as goalie consultant enforcing the size and regulations on goalie pads. 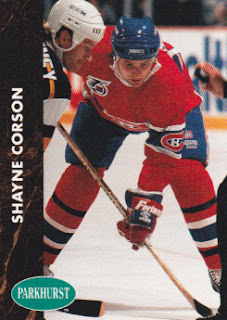 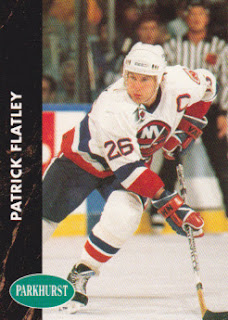 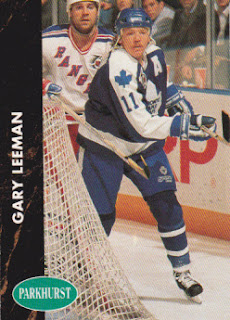 173 - Gary Leeman  - once scored 50 goals in a season. Never achieved same success after that. 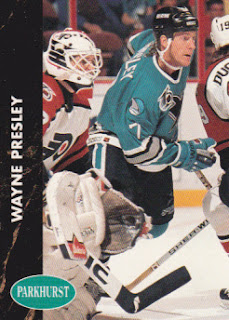 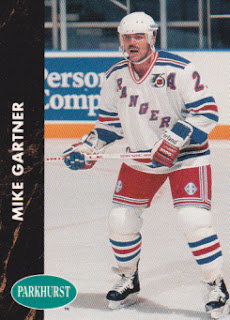 122 - Mike Gartner - Hall of Famer got the short stick when Rangers traded him to Maple Leafs before the deadline. Rangers would go on win Stanley Cup that year. 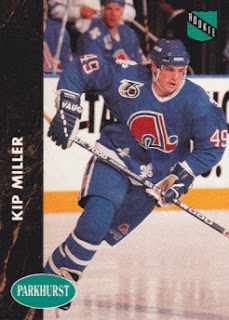 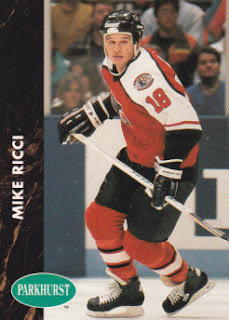 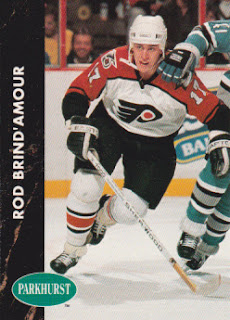 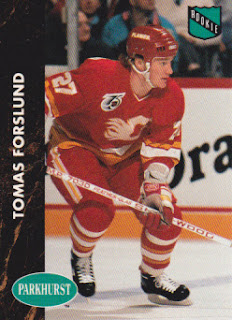 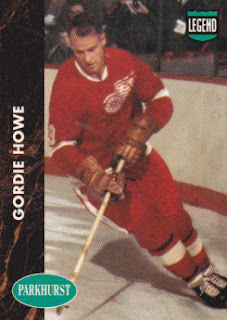 PHC1 - Gordie Howe - this is part of Parkhurst Collectibles subset. The late legendary Mr. Hockey who was all-time leader in goals before Wayne Gretzky broke it.


They got the photography but retro design looks ok-ish. Pro Set would produced one more Parkhurst set before going under. Parkhurst license would bounce around into late 2000.

Rod Brind'Amour was not part of the Legion of Doom line. It was Eric Lindros, John LeClair and Mikael Renberg.

I just loved this set as a kid. My favorite card was the Rob Pearson Rookie. I even had the French version. Nice pack!