Written by Jafronius at 10:31 PM
Greetings!

Hope everyone is doing well.  There are still times where I still cannot believe that the Cubs have won the World Series, but once the reality sinks in, I get a momentary high.  And what can get me down from that high?  Thoughts about whomever wins the election tonight.  They're counting the votes right now (and it's closer than predicted), and while I'm sure there's a lesser of two evils, it's very hard to say which one is the lesser.  I'm a fan of the strategy that comes about on Election Night (who wins which county, X can lose this state and be OK if X wins this one, etc), but still, this election is not something I was looking forward to.

Anyway, let me lift your spirits again with a 2016 Topps Series 2 Rack Pack!

I posted a retail pack a few days ago, so you have all the stats.  I'll just show you the cards: 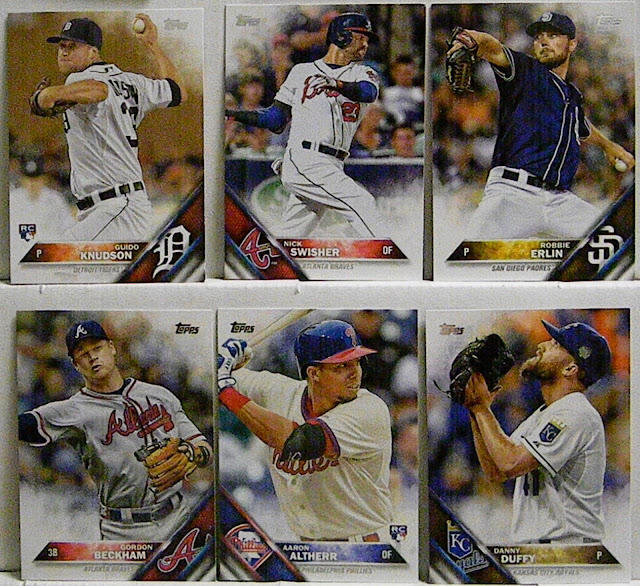 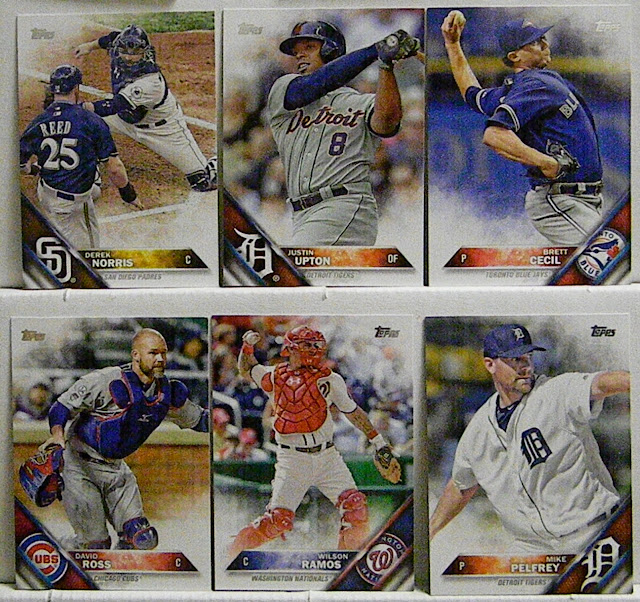 Justin is the Upton that didn't change his name.  Not being an avid watcher of Padre, Tiger, or Blue Jay games, I kept forgetting which one made the change. 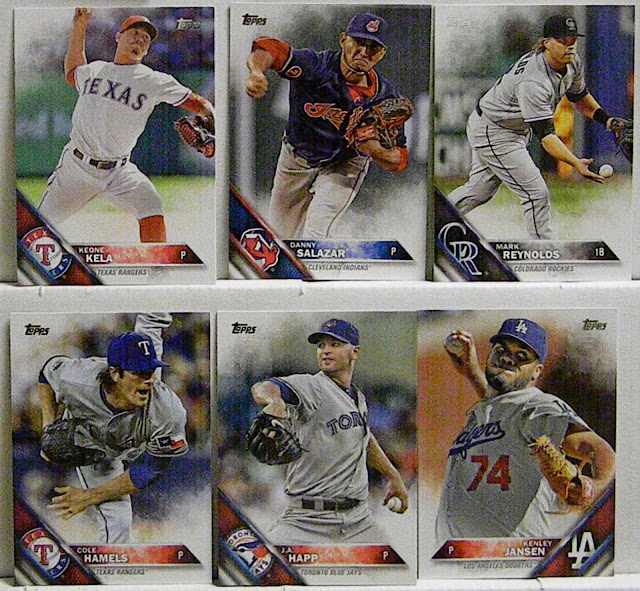 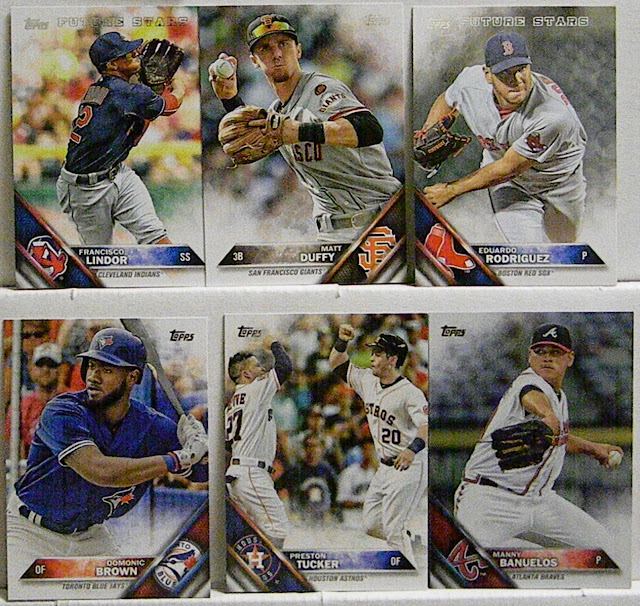 According to the back of the pack, the Rainbow Foils came 1 in 3 packs. 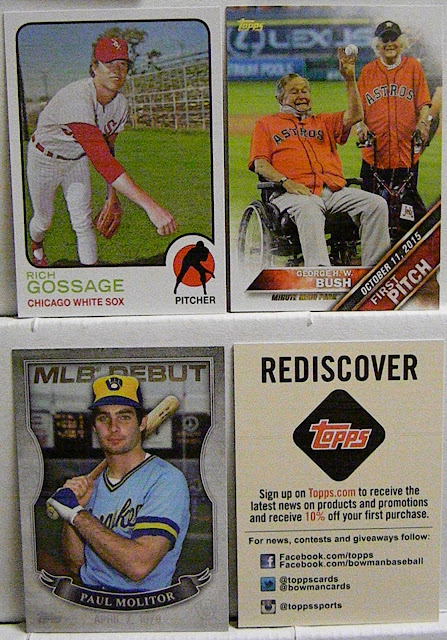 Berger's Best came 1 in 2 packs and First Pitch came 1 in 3 packs.  No odds were given for the MLB Debut insert.  Nice selection of Goose in a White Sox jersey (sorry Berger's Best, that does not redeem your insert set). 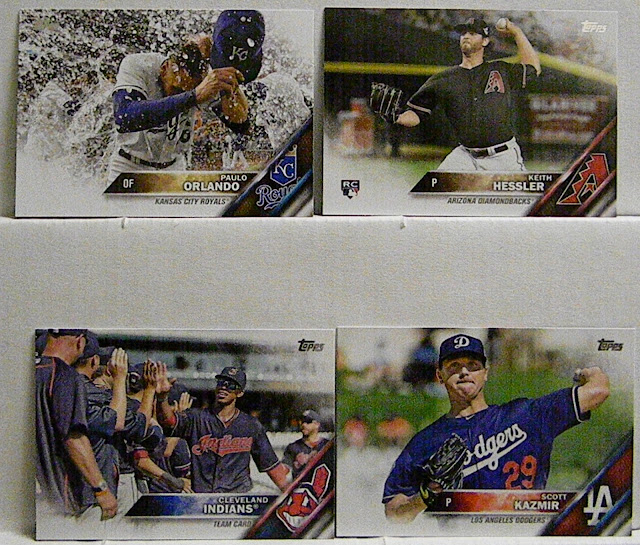 And now for the vertical cards.

I'll say it again...nice Orlando card, but celebration cards should be a short print. 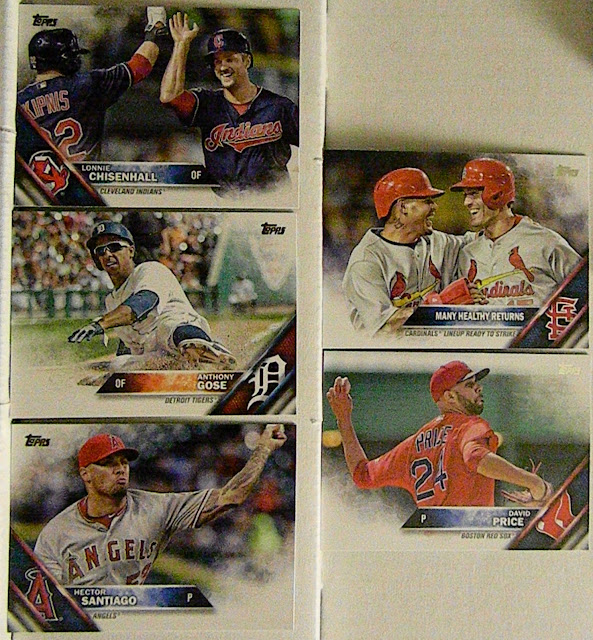 I've seen that Kazmir / Chisenhall / Gose combo in a few packs I've picked up.  Here are some backs: 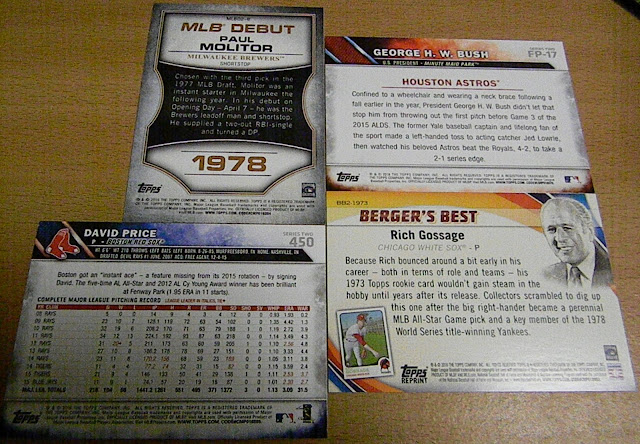 Anyway, that's the rack pack.  What, that didn't lift your spirits?  How about some Cubs and Sherlock Holmes stripping for a dead grandma (NSFW, maybe)?

Whomever wins tonight, pray for peace and unity, as the forefathers intended.  Thanks for reading!

Any chance I could pry David Ross; Mike Pelfrey; and Preston Tucker away from you?