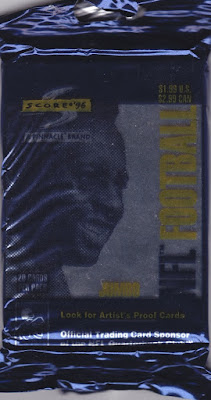 It's a Football Sunday, so I thought I'd post a 20 year pack of football cards I picked up at a card show awhile back. Because, y'know, football. 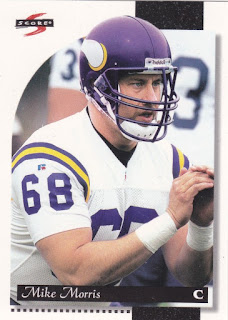 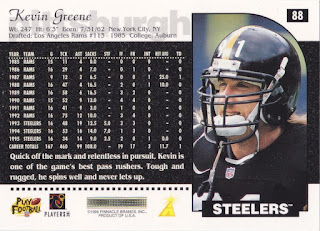 88 - Kevin Greene - Remember when they put stats on the back of cards? Score remembers. 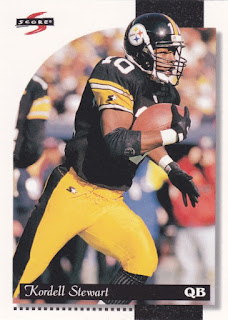 3 - Kordell Stewart - Back-to-back Steelers. Stewart was a bit of a star for a time there because of his versatility. 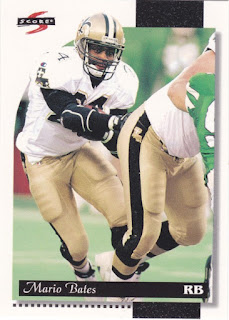 57 - Mario Bates - The design is somewhat similar to Score's baseball effort from the same year, but I think this looks better. 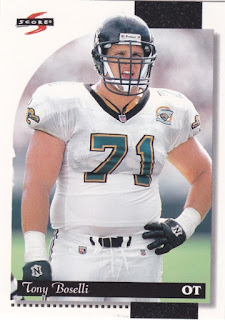 11 - Tony Boselli - The Jaguars were still a brand new franchise at this point. They still haven't figured out how to win. 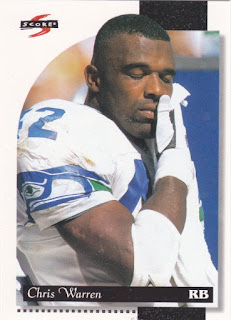 55 - Chris Warren - Here's a name from the past that I totally forgot about. He was a big deal in the Pacific NW for awhile. 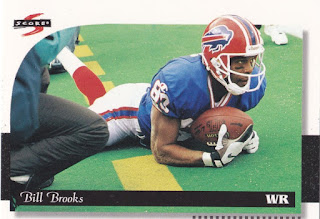 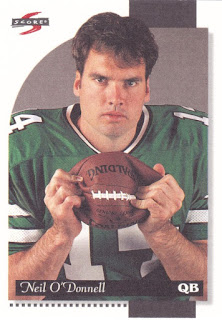 185 - Neil O'Donnell Field Force - This is a 1:3 pack pull parallel where the card has a matte finish, similar to some of Fleer's mid-90s efforts. Neil is so mad he ended up in New Jersey that he smashed the football. 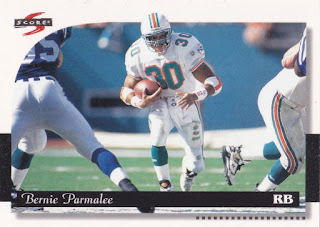 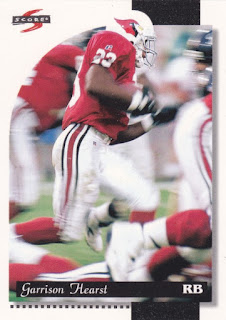 180 - Garrison Hearst - Hearst became a star later in his career and then said some horrible stuff to the media. 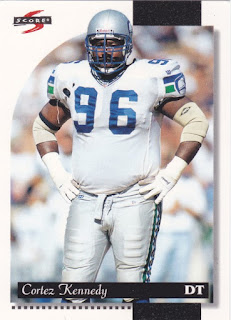 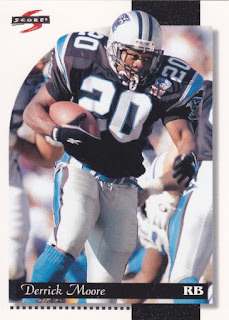 186 - Derrick Moore - Here's the other expansion team. They've fared a bit better, but have struggled since their Super Bowl loss earlier this year. 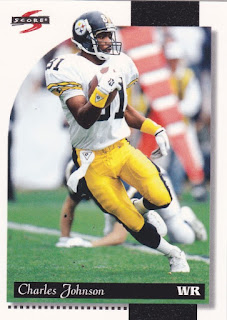 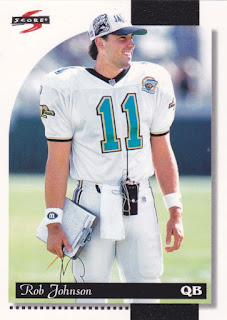 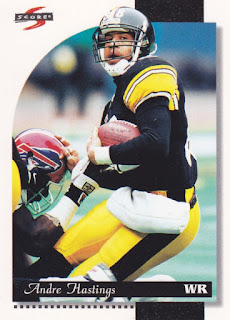 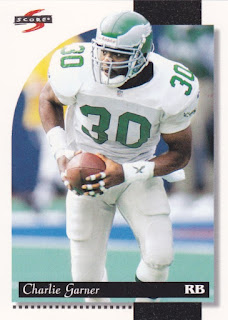 152 - Charlie Garner - Here's a fave of mine. I miss these old Eagles jerseys. 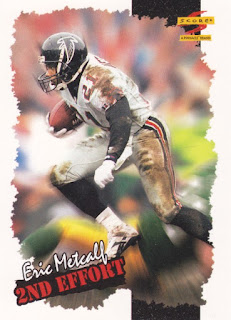 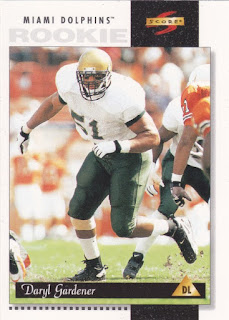 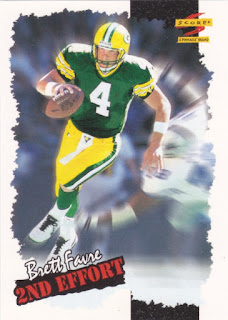 245 - Brett Favre 2nd Effort - I think he sells jeans or something? 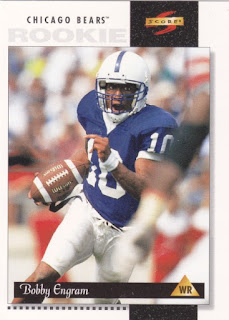 222 - Bobby Engram - Engram went on to become one of Seattle's top receivers in the Matt Hasselbeck era.

I would be more than happy to take these and any other Steelers cards you have off your hands. Love my Steelers!!!