Written by Jafronius at 11:29 AM
Greetings!

Hope everyone is doing well.  Yesterday in Chicagoland (the day after Halloween), it was in the 70's and the Cubs were still playing baseball.  It takes a moment for that all to sink in....not to mention that within a span of 48 hours, the Blackhawks, Bears, Bulls, and Cubs all played and won a game.

Tonight is Game 7 of the World Series, and the championship drought for one of these two teams will end.  To mark the occasion, I was going to put up a pack of Update, but then saw Series 2 has yet to be posted.  I don't know if it's because the APTBNL writers had other packs of interest to post, lost interest in Flagship, or thought someone else was going to do it.  Anyway, it's a pack of 2016 Topps Series 2! 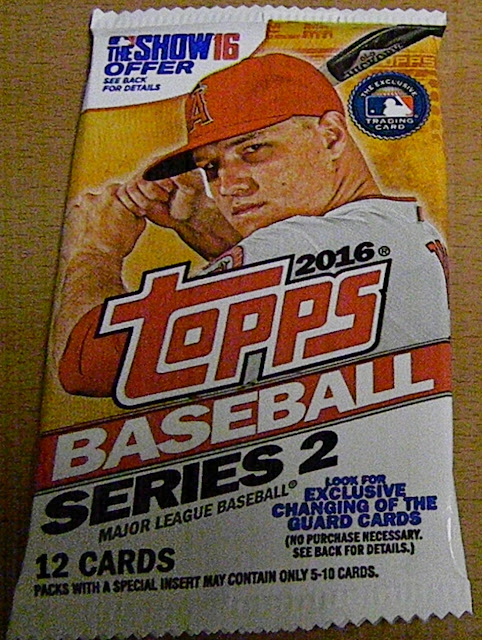 The 350-card set was released back in June.  Everyone knows what to expect, so here's what I got: 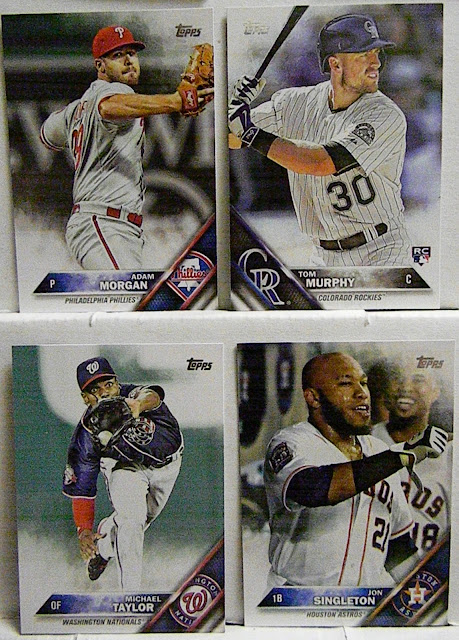 A couple of Panini-like shots with Morgan and Murphy.  And is it me, or is every Michael Taylor card a fielding shot?

3 more Panini-like shots!  Topps is doing a better job at being Panini than Panini! 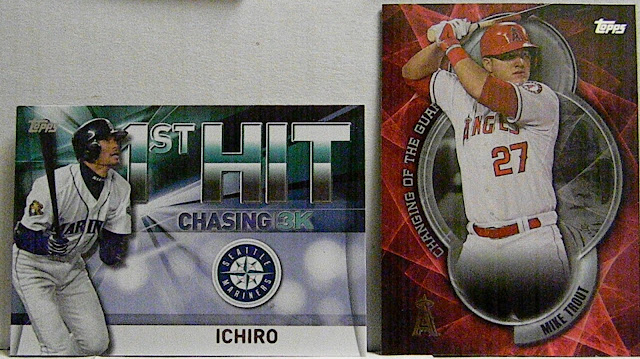 Both the Chasing 3K and Changing Of The Gard inserts come 1 in 4 packs.

Here's some backs for you because Game 7: 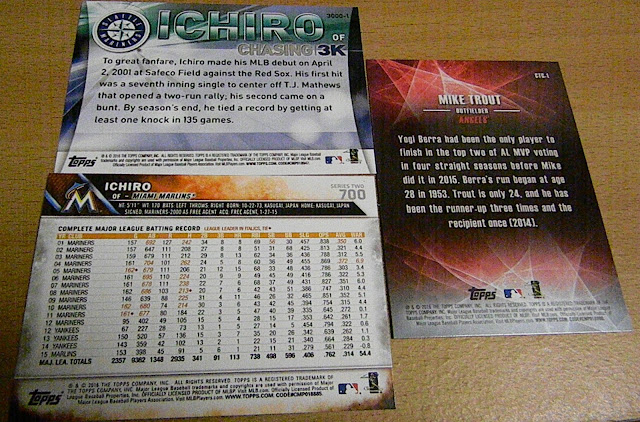 Bonus:  While filing my cards away, I came across this one, my nominee for oddest card of the year (if there is such a category): 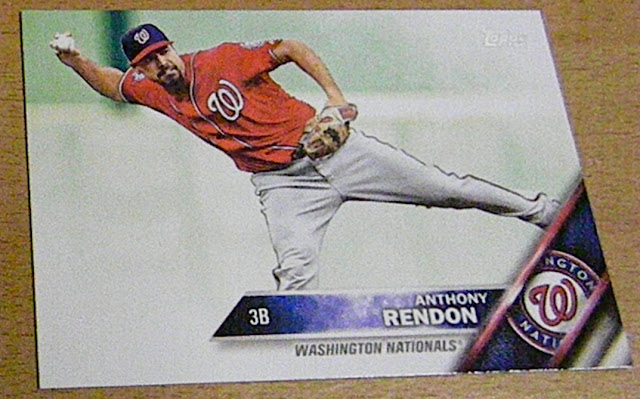 Anyway, that's the pack.  All hands on deck for Game 7:  Francona has Kluber and his rested bullpen.  Maddon has the possible Cy Young winner and basically all his starters with an (overused?) Chapman.  Should be fun.

Rendon looks like he's jumping out of a fog bank

I could use Jon Singleton here, too.