Hope everyone is doing well.  I apologize for my sudden disappearance from the site.  It was the usual family stuff - holidays, decorations, eating, clean-up.  Throw in a broken water heater and a couple of sudden paperwork hunts and hey, it's March.  It was good to see that APTBNL was still rolling out new posts, thanks to new and returning contributors.  And we have a Twitter handle now...since when did that happen?

Anyway, what better way to [try] to get back into the swing of things by an anniversary-themed post. Buffy The Vampire Slayer premiered on TV twenty years ago today (Sgt. Pepper was already posted).  While I don't own any packs from the trading card sets, I do have this to mark the occasion...it's a pack of Buffy The Vampire Slayer Collectible Card Game: Angel's Curse! 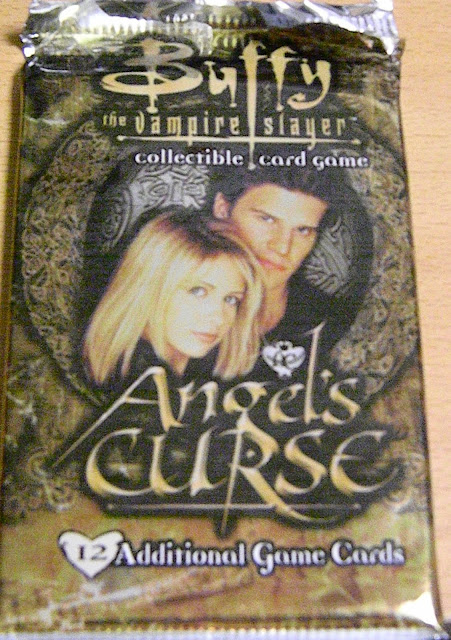 Let's take a look at the cards: 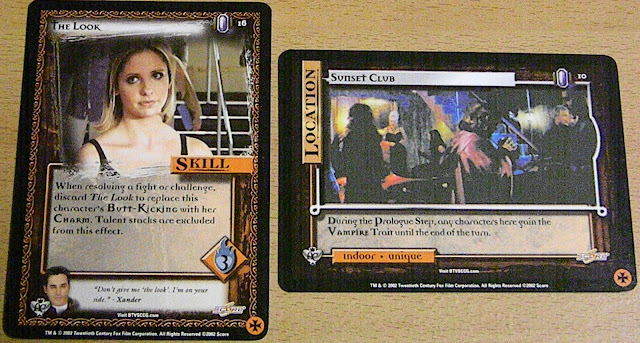 According to the checklist, a couple of common cards start off the pack.  The card number appears at the top right of the card, while the Expansion logo appears at the lower left.  The card type appears in the box.  You have a card description and an optional quote from the show.  I'm not sure what the other icons are for. 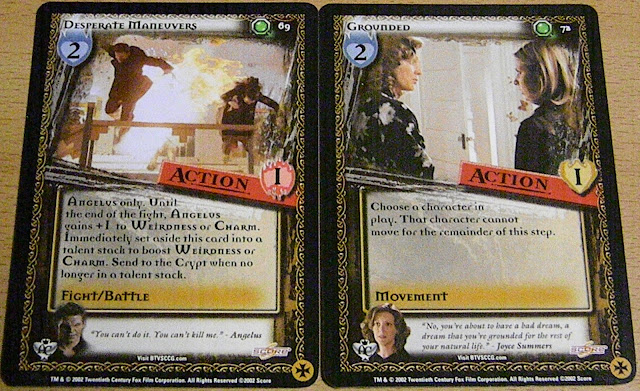 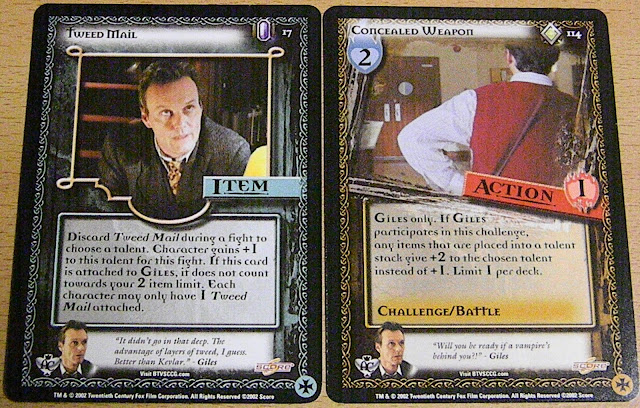 Two Anthony Head cards here...Tweed Mail is a common card and Concealed Weapon is the rare card from the pack. 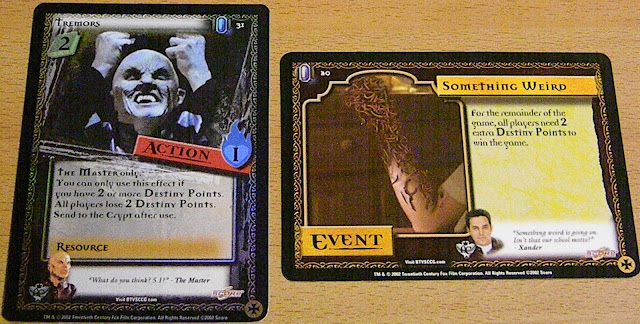 I was assuming the Tremors card was the rare one since it was shiny, but it turns out it and the Event card are both commons.  I don't know if a Foil card was put in every pack, or if there is a significance to it for the game itself (I'm assuming not). 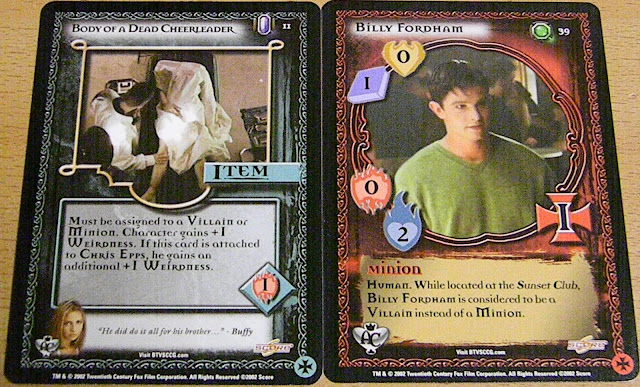 Body is a common while Billy is an uncommon card.  So Billy could carry around the dead cheerleader and be a little extra weird. 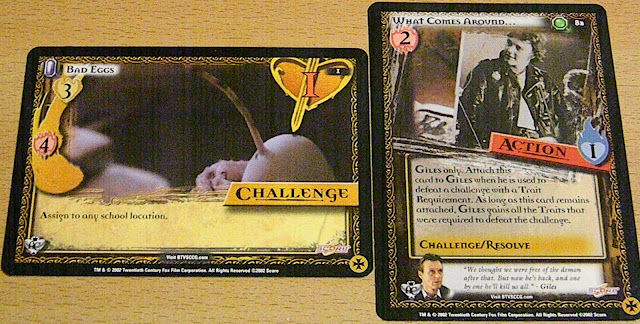 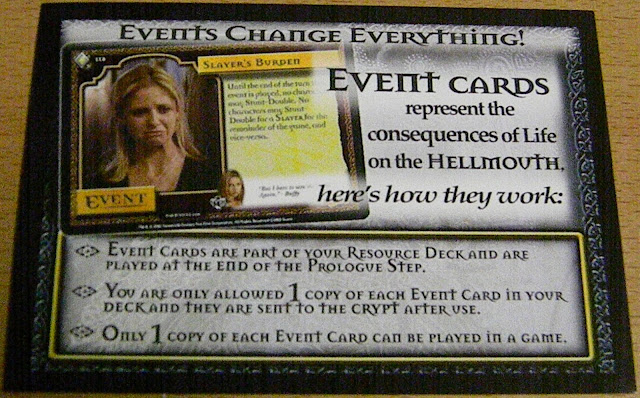 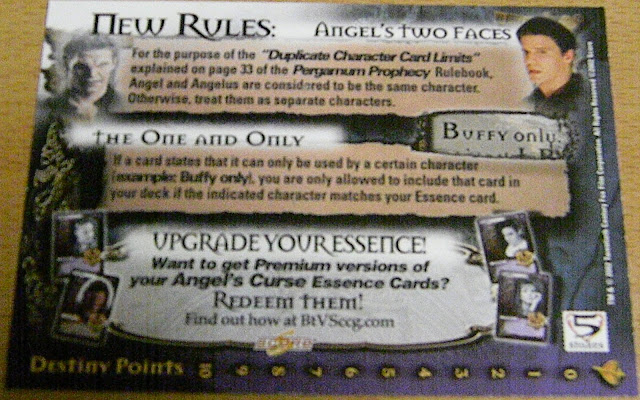 The pack also came with a card explaining new rules for the game.  Both the Score and BTVSccg.com websites are no longer in operation (www.btvsccg.co.uk appears to be the resource page now), but per Wikipedia:


Players compete to be the first to successfully either earn 10 destiny points, or control Sunnydale Park for 6 turns. Destiny points are earned for winning fights and completing challenges, while control of Sunnydale Park is established by being the only player with characters in the park at the end of a turn.
The game is played as a board game of sorts, using a pair of playmats which represent Sunnydale. Individual spots on the playmat represent different locations, while the middle section (shared by the two players) represents the park. Cards are played to these locations and move around between the locations during the various phases of the game.

Here's what the back of the cards look like.

That's the pack.  While the game itself came and went, only attracting the die-hard fans, the show itself has had a much larger impact on the TV landscape.  Happy birthday Buffy, keep on slaying!