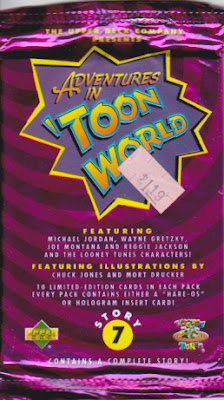 Another oddball pack. This one featured Looney Toons and athletes such as Michael Jordan, Wayne Gretzky, Joe Montana, and Reggie Jackson. This is a 90 card set. The pack contains 7 cards and either Hare-Os or hologram card. Let's rip 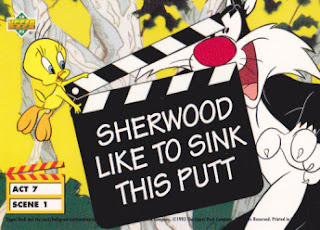 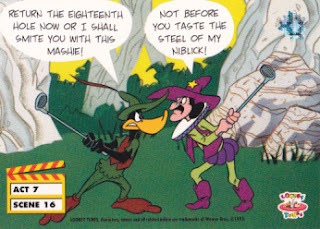 Act 7 Scene 1/Act 7 Scene 16 - the cards are double-sided with a story. You got Sylvester and Tweety on one side and Daffy Duck and some guy threaten to duel with golf club in the other 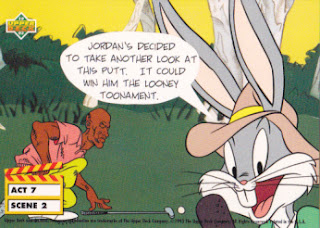 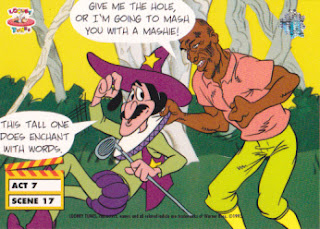 Act 7 Scene 2/Ace 7 Scene 17 - It's a drawn Michael Jordan on both sides of the card. MJ really wants his hole back. 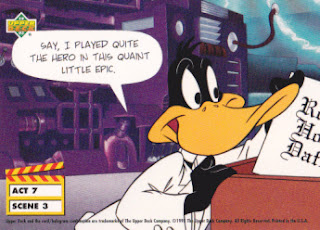 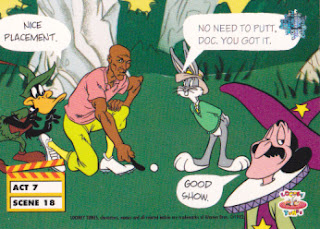 Act 7 Scene 3/Ace 7 Scene 18 - Daffy must be involved. MJ got his hole back ending the subset storyline. 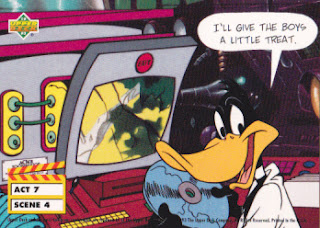 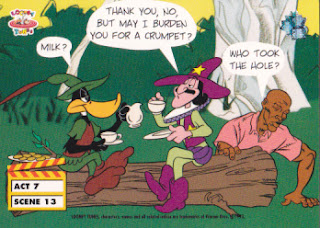 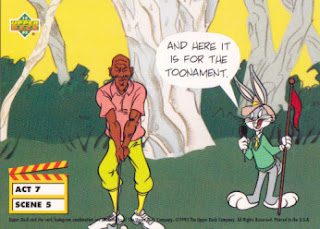 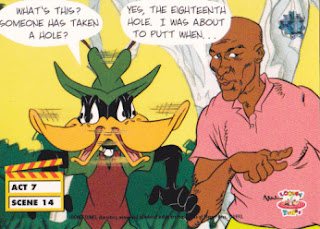 Act 7 Scene 5/ Act 7 Scene 14 - Michael Jordan goes for put on one side while enlisting Daffy help to search for a hole. 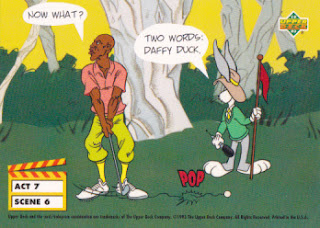 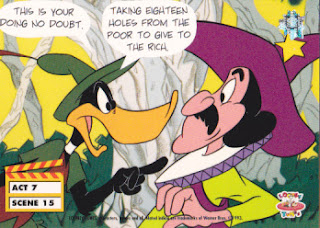 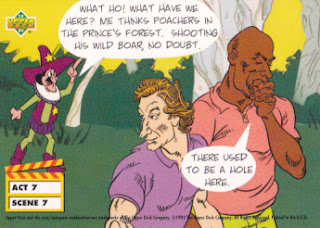 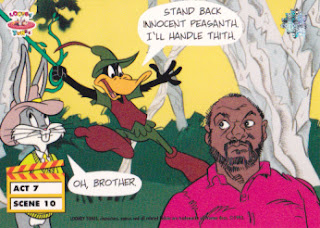 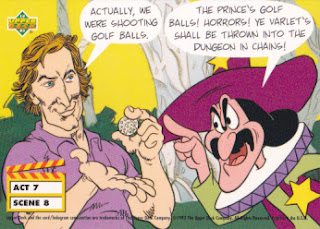 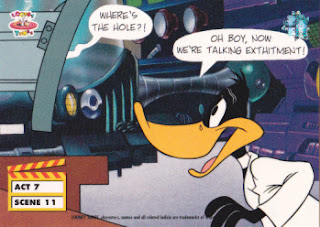 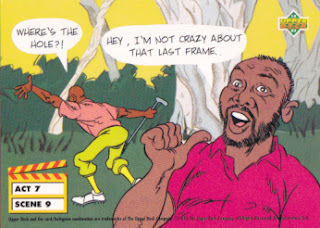 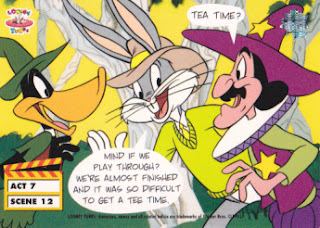 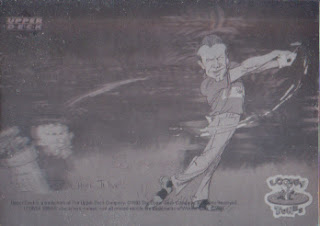 Got all of Act 7 of this. Upper Deck kept trying to use Looney Toons on their cards

"Some guy" is the Sheriff of Nottingham from the Bugs Bunny cartoon "Rabbit Hood". The most famous scene is where Bugs is dressed as the king and "knighting" the Sheriff: "Arise! Sir Loin Of Beef! Arise! Sir Milk Of Magnesia!"

Daffy, on the other hand, is "in costume" from the film "Robin Hood Daffy". Yoinks and awaaaay!

This all ties in to the "Sherwood" pun in the title.