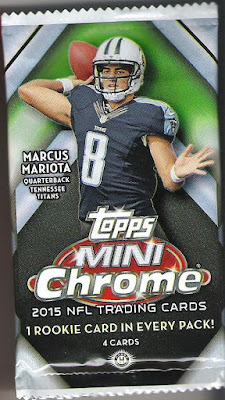 Well, I started to write up a post for my own blog over here, so I figured I'd stick around and add a quick post.  You've already seen a pack of this once before, but mine came from an odd little repack from Walmart that contained three of these and a bonus pack of multicolor Prizm refractors.  This was the best pack of the bunch in a walk. 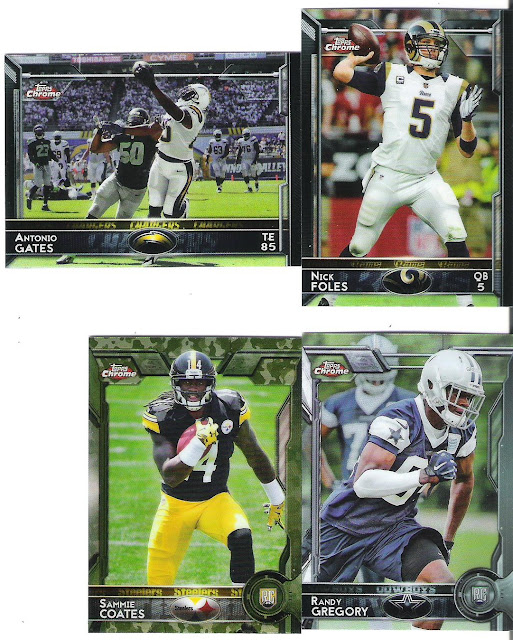 The coates is a camo refractor #'ed /99.  He started last season crazy hot, culminating in a six catch, 139 yard, two TD effort in week five... and then promptly fell off a cliff, catching only two passes (on 18 targets) for 14 yards the rest of the way.  I believe I pulled this in during week four or five, so you can probably blame me for his season jumping the rails almost immediately after. 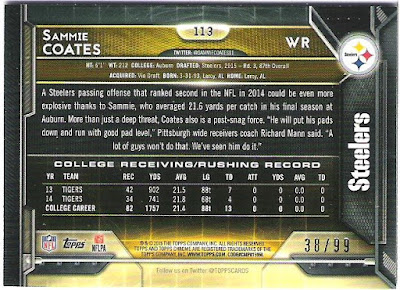 Here's the back.  And dat be dat.  The Antonio Gates is soon to be Gavin-bound, but hit me up if you like any of the others.  Seeya!