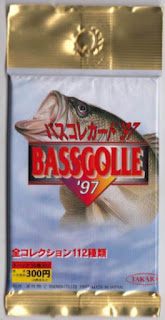 It's Opening Day.  Masahiro Tanaka got chased out of Tropicana.  Madison Bumgarner went deep twice at Chase Field.  And the Arizona Diamondbacks fought back to beat the San Francisco Giants with two outs in the bottom of the ninth earning the first walk off win of the 2017 season.  I'm so excited! 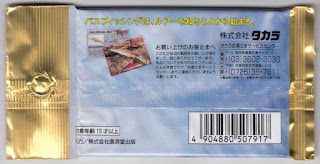 Let's celebrate with a pack of 1997 Takara Basscolle.  Your eyes aren't deceiving you.  They're staring at a pack of Japanese fishing lure cards.  I won't even begin to pretend that I know what I'm talking about, because everything I learned about these cards... I learned here.  In fact, that's where I got this pack of cards.

So if you're truly interested in learning about these cards, head over to Ryan's blog.  He did some pretty interesting research on these.  Need some luring?  Here's a tasty nugget of information about this set. Brad Pitt had a role in the production of these trading cards.  I'm 100% serious.  Go on... check it out.  I won't be offended.

If you're still reading this post, then I better continue with my review... 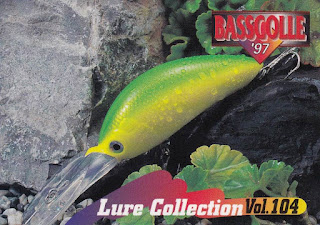 I can't really say I'm a big fishing guy, but I'm really excited to add these into my Japanese trading card binder.  The first card out of my pack was card #104, which features a Fuze Crankmax lure. 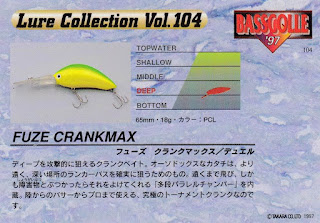 The card back shows off a second picture of the lure along with a chart that shows the collector the optimal water depth for each lure.  Takara was also kind enough to include the lure's length and weight too.

I can't read Japanese, so I have no idea what else is written on the back of the cards.  See... I told you to go check out Ryan's post.


Each pack contains ten cards.  Here's a look at the other nine lures I pulled: 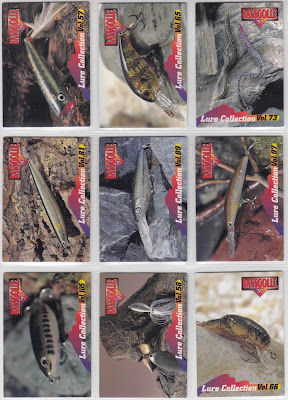 If you look closely at #57, it looks like someone signed the lure.  Would have though that autographed lures would be a thing? 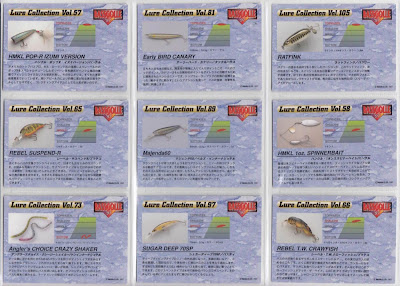 Well that's all I have on these fishing lure trading cards.  This is one of the weirdest packs I have ever opened.  It's right up there with my Japanese kitty cat cards, which seem to be related to the 1983 Topps Perlorian Cats.

Had you posted this yesterday, people would have thought this was an April Fools Joke. Ha. They are pretty interesting...thanks for sharing the pack rip! I have a half box left of loose packs and a sealed box for my collection. I am going to try and pick the set up before I bust into any unopened. Your Cat Card post was awesome.  I went online and found over a thousand of them for sale....might have to pick some of those up now.

"We are ripping at least one pack of every card product ever made.

What can I say, we're ambitious."

If any pack meets this motto, here it is.