Written by Mark Aubrey at 9:39 AM
Yesterday I stopped by the Dollar Tree store. I needed to get some AAA batteries. And some cards. Mostly the cards.   The feeder towers by checkout lane number 1 had the usual.  Stickers from current and older movies, baseball card repacks (with a shiny card on top), other major sports that I don't care too much about, and these "2 Original Trading Card Packs - Only $1 Buck".  A $1 Buck?  Okay, I'll bite. 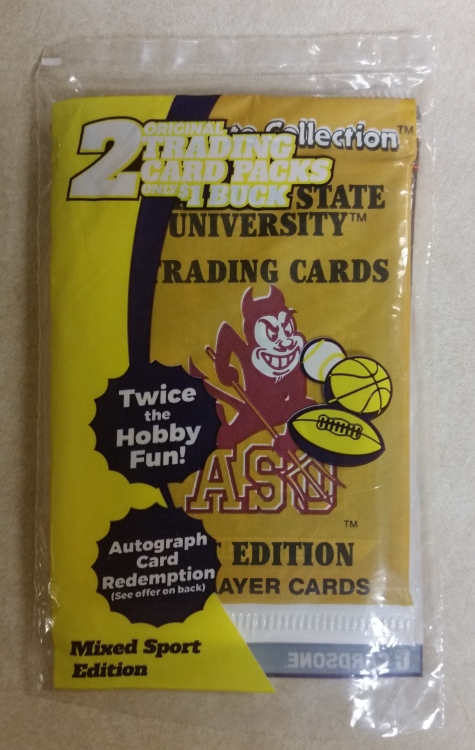 I selected the ASU Trading Cards.  I attended Northern Arizona University in Flagstaff.  ASU wasn't our rival.  They were in a different conference.  They were not looked upon very favorably.  But gotta root for the state teams. 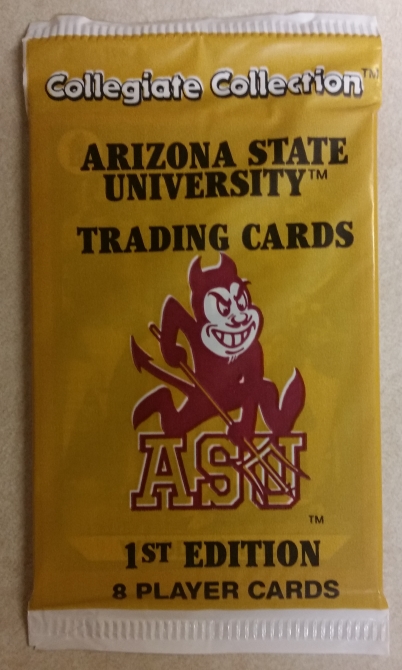 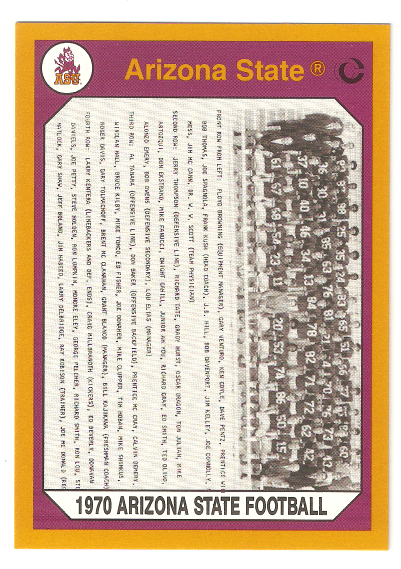 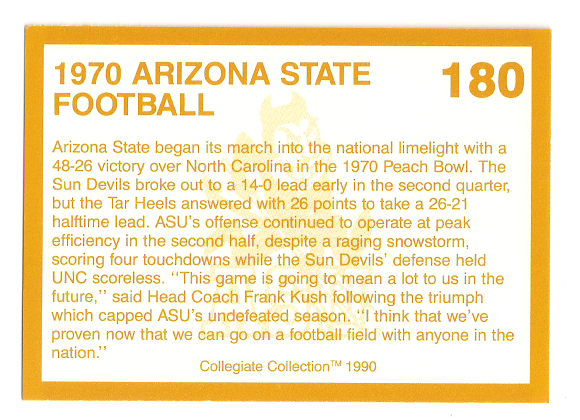 I guess Collegiate Collections signed a deal and asked the athletic department to ask the archives and special collections department to provide photos of teams, players, and facilities.  So we get a photo of the 1970 football team.  More text than photo. 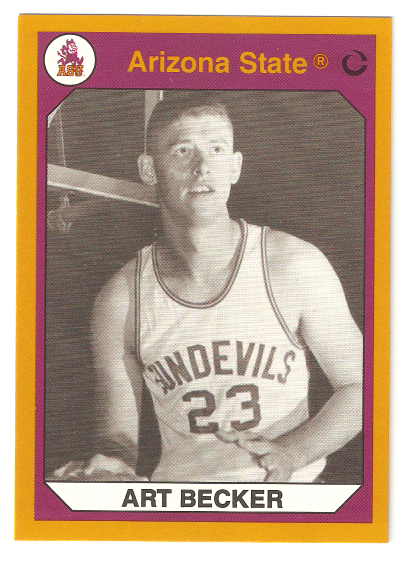 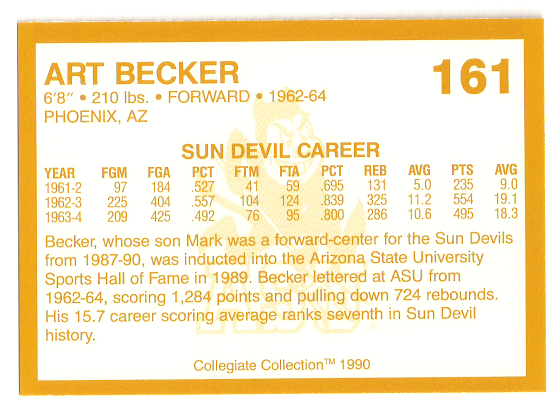 If the thing behind Art Becker's head is the backboard glass, that's one tall dude.  The card says he's just 6'8".  Hmmm. 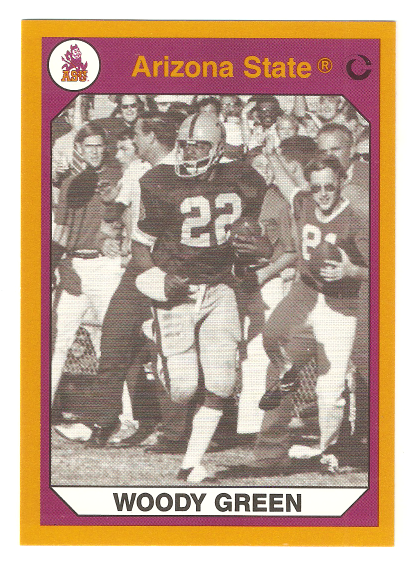 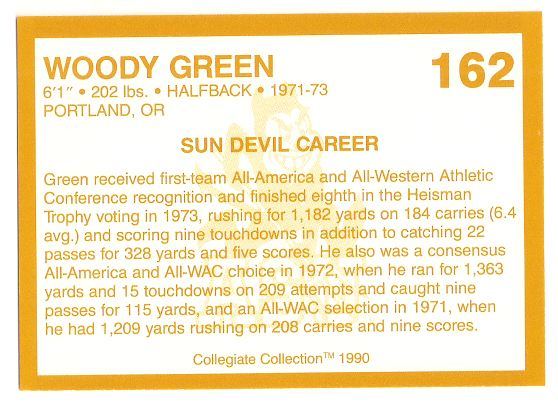 Fan / Assistant # 81, just to Wood Green's left, is ready to go into the game and pick up some extra yards.  No helmet?  Now that's dedication. 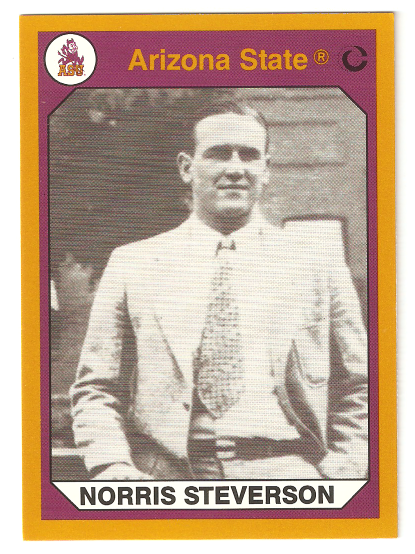 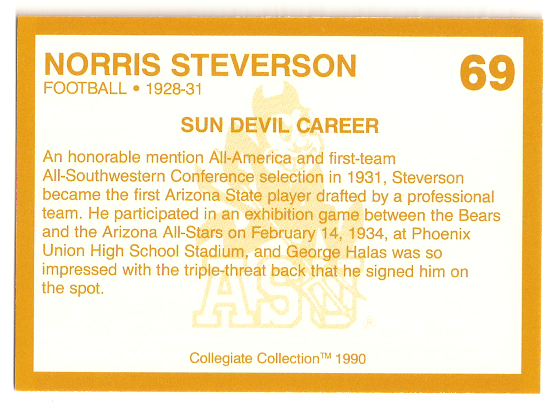 Ah, when ties were wide and students were named Norris.  He was good enough to be signed by George Halas.  See, reading the backs of cards is educational. 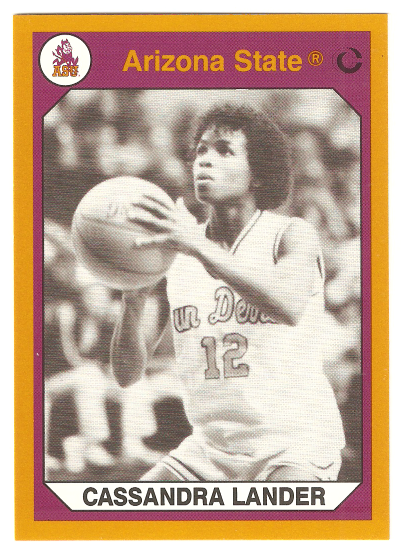 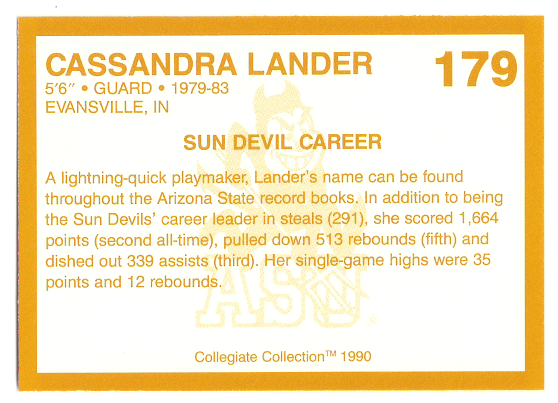 In my mind I've never thought of ASU as women's basketball powerhouse.  But I live in the shadow of Thompson-Boling Arena, the home to so many of Pat Summit's wins. 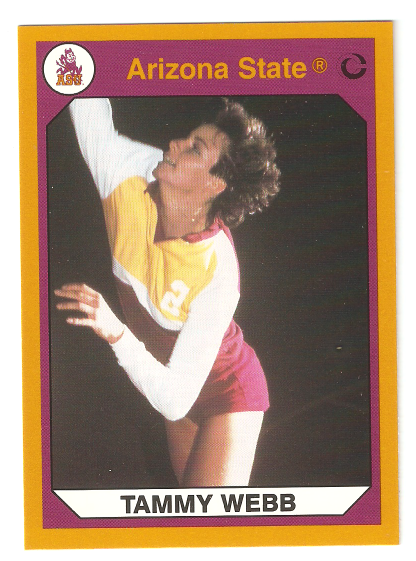 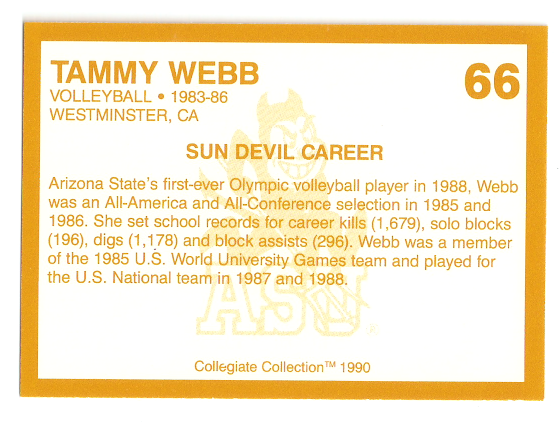 I've got nothing.  Good for Ms. Webb. 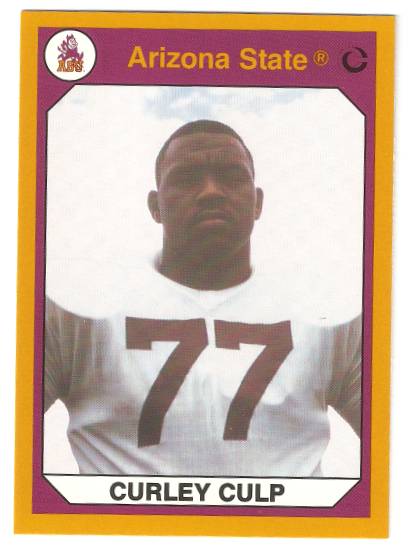 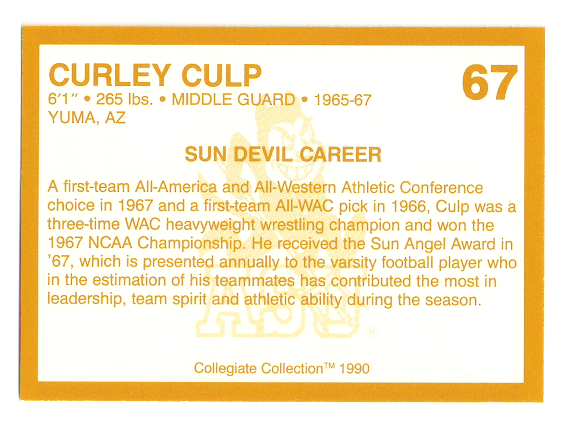 I've only known of a few people named Curley.  The Stooge, and Mr. Culp.  Wait, the Stooge didn't have the "e"?  How about Curley Neal, from the Harlem Globetrotters?  No "e" there, either?  I only know of one person named Curley.  That would be Mr. Culp. 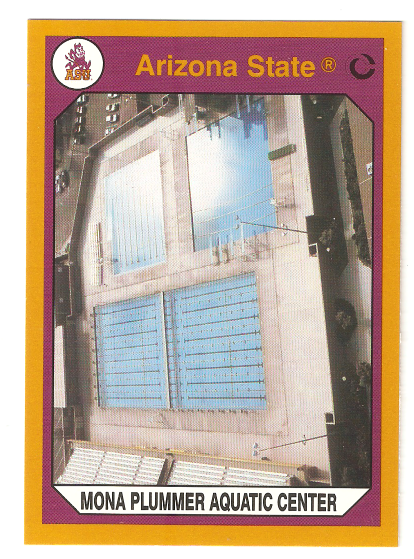 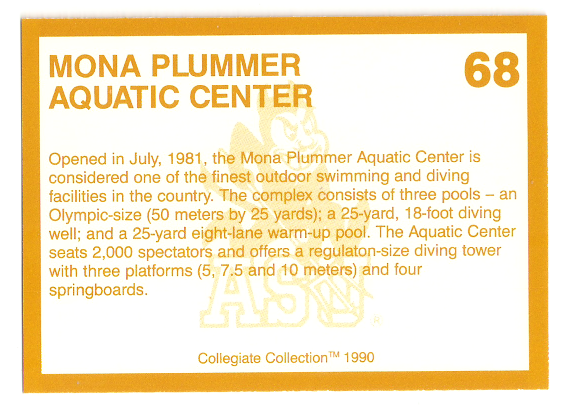 Always good to have a pool shot.  That should be in landscape mode.  Sort of like the 1970 football team card.

Looking at these cards on COMC, I see that there were variations.  Either a gold back or a black back.  The biggest player to be featured in this set was Barry Bonds.  I have no desire to collect this set.  I bought it on a lark.

Do you know if there's an Oddibe McDowell in the set?

See these all the time at my dollar store. Some of the schools that got cards are....."interesting".

I'll have to start going to my local dollar store.

I'm curious about what the other pack was.

I enjoy collegiate sets. Fun cards. Thanks for the post.

Interesting pack of cards. By far, the running commentary is WAY better than the stuff inside. haha! I will have to drop by my local dollar store to see if they have any of these kinds of things.